I find the rose industry manages to disappoint me in new ways every year. The latest comes from Greenheart Farms. In a list of search engine results, Greenheart was mentioned, so I clicked through and decided to peruse their current catalog of roses. I clicked on the page of roses titled “Garden Treasures”, which is apparently a new “class” designation manufactured to use as a marketing tool. I clicked on the variety “Star Ruby” (complete with the trademark symbol following the name) and thought to myself Well, if that doesn’t bear a remarkable resemblance to Ralph’s ‘Charlie Brown’! By the time I had finished that thought, I caught sight of the breeder’s code name, which was MORcharlie.

I was right. It is ‘Charlie Brown’.

Take a look at the link below. Every one of those “Garden Treasures” is an old variety renamed. ‘Cinderella Gold’ becomes ‘Gold Medallion’, good old ‘Sweet Fairy’ transforms magically into ‘Blushing Mate’, and so on.

So my question is this: is it appropriate to rename old varieties and present them as something other than what they have been for twenty to fifty years? This makes a mess of provenance and the opportunity for confusion multiplies. (Let’s not forget what a mess it became when ‘Softee’ reappeared in commerce as “The Jefferson Rose”; I don’t think that problem has been hammered out yet!) Maybe this isn’t important, I don’t know. But it seems to me the intent on the part of the nursery is to conceal the true cultivar’s identity and attempt to persuade the buyer that it is getting something “new”. This disturbs me. Maybe it shouldn’t, but it does.

Good point Paul! Things sure are becoming more and more marketing driven than ever as places are trying to gain attention for themselves and their products… With a new trademark and investment in that trademark I suppose there is something “new” to communicate. Too bad, like you said, the original cultivar name and what people already know a rose as, is being downplayed. Fortunately, at least many of us passionate rose lovers know how to navigate the variety or code name.

This seems to be happening a lot, especially this year! There are some other plants as one is looking in magazines, etc. as new plants for 2012 that aren’t really new. One has been out 5 or so years already and is just newly included under a popular brand with a new marketer. Hopefully it won’t hurt the industry in the long run. It seems awkward and kind of a sneaky way to get attention among garden writers that are highlighting what is new when something isn’t really a newly available plant.

Expect more of the same as more growers mimic the marketing strategies of Proven Winners, Knockout Roses and the like. It’s nothing new, really, as the existing plethora of identity confusions shows.

What’s new about it is the money involved - growers pay a big premium for the branded container, which is how the branding entity generates their cash flow. This fee is in addition to any patent royalty and is often larger.

Think of it as an opportunity. Breeders Choice

I discovered the same thing Paul when I saw these ‘new’ miniature roses on eBay that were being put out by Greenheart Farms. I felt a bit cheated when I found out through HMF searches that these were old roses simply being repackaged as part of this ‘new’ series, Garden Treasures…and a few with questionable resistance issues.

Good points David. This makes me think that perhaps what we’re seeing is a very troubled industry grabbing at straws, and since there is very little R&D going on (at the commercial level) in this country anymore, perhaps they feel pushed into making these choices. Its an industry that thrives on a balanced mix of maintaining an archive of the best old varieties plus always having something new to offer. Its going to be harder and harder to keep new stuff appearing every year from this point onward.

Whether or not it “hurts” the industry won’t be seen for a while, I suspect. While you and I might see whats going on and frown on the practice, I doubt the buying public will care, even if it does discover whats happening.

Another thing not everyone realizes is that Trademark can be used in ways that do more than just protect intellectual property: a trademark is meant to create a protected identity of a product group. When it comes to plants, if you choose to create a trademark for a brand name (lets use “Star Ruby” to illustrate the point, since its already part of the discussion) the trademark owner can substitute any rose he feels fits the description when and if a superior variety is identified as useful for that purpose. So, today you and I are buying Moore’s ‘Charlie Brown’ under that name, but there is no guarantee that next year (or next week, for that matter) you are buying the same rose. Insidious as that sounds, it is within the scope of acceptable practice as regards trademark.

Regarding Trademark: for further reading see link below. This specifically cites the issue of renaming roses, and is relevant to this conversation.

Good point but they did it with the albas and also with the china roses all all all the time.

Changing names, giving names and names, being creative in overtaking foreign efforts. In this case here, as in many cases … here we do have capitalism as the aim of aims and in this form it is one of the roots of evil.

Perhaps I am too political or too strong in “occupying” philosophy, talking about roses, but:

What if ebveryone would be cross, what he / she would ever like to see being crossed?

Without any gain in sight.

Do what you want, be the law.

Unfortunately, there is nothing new about any of this. Ralph complained bitterly about Meilland’s practice early on creating their series names and substituting various varieties for each of them depending upon what was in flower at the moment. He stated it made the minis “disposable”. He wasn’t as upset about it as long as Meilland paid royalties for Rise’n Shine as Golden Sunblaze and Golden Meillandina. After they replaced it with one of their varieties and dropped the royalties, it became an issue.

Renaming varieties has occurred from the beginning. Even before deliberate breeding was practiced, renaming someone else’s product to have something “new” was common, even in the same market. It’s because of this generic mini under a series name that I refuse to engage in any of the requests for help in identifying “supermarket minis”.

J&P knew it years ago. “Habitat For Humanity” was a series of different roses and couldn’t be identified nor replicated unless you knew the specific breeders code name or, perhaps, which year the particular rose was released for sale. They dropped Jadis for quite a few years until the patent ran out so they could bring it back as Fragrant Memory to hype as a new, fragrant rose. It was available in Canada, but couldn’t be sent to the US due to the patent. Jadis might have been an appropriate name, but not for a non French speaking consumer. Fragrant Memory made a whole lot better marketing sense.

As for marketing something “exclusive” under a newly provided name, Monrovia has done it for decades. Virtually everything in their catalog is renamed from someone else. I learned that trick years ago and have been able to find their “exclusive” plants under the original names at fractions of their prices. No, the other sources’ materials weren’t as over grown nor as old and well developed as the average Monrovia pots were, but they were the SAME selections, only under the original name and cost me significantly less money. Kim

I noticed this when it began. I was a little irked about the renaming of Cinderella. Its a historical rose, given that it was one of the first minis with a positive review in the ARS Annuals. In those books, its looked upon as unique and impressive. Now, “its just another micro,” I guess =/

Michael has put his finger on the aspect I find most distasteful: renaming ‘Cinderella’ (and ‘Sweet Fairy’. Whats next? ‘Tom Thumb’??). Surely anything that has endured in commerce for that long deserves to keep its name?!

The only way I can see renaming a rose is this- 1. The rose has great garden merit but because it was unfortunately named lets say it was named after OJ Simpson or something similar they can not sell it. But this is the only way.

At least Greenhart farms is giving credit to the breeder unlike other firms who rename things and pretend it is their own.

I’ll have to study trademark implications because I do not fully under stand the implications.

I didn’t intend to give the impression this was a unique problem or the first time we were seeing it happen. More like, Oh, here we go again was my sentiment.

HMF was notified by a representative from Greenheart Farms that they were going to rename many of Mr. Moore’s roses and the list of roses they planned to rename also included Cinderella.

The HMF Admins debated about adding the new names to the HMF database and came to the conclusion that we could not stop their marketing plan, but we might be able to document the name changes by adding them as synonyms to the rose pages.

Not one of us agreed with the practice, but all of us agreed that at least HMF could help try to keep the record straight for Mr. Moore’s roses … and the others.

I was wondering what HMF was going to do about this. I feel that it is HMFs job to document what the industry is doing, to help make sense of the information available, not to change how things are done by any nursery, regardless of how unfortunate their choices.

Sad, seems to be Big Business as usual and it just doesn’t stop with roses!

Hi Paul, it’s been too long! No, I knew you weren’t suggesting this was new, but it so common for so long, it’s not surprising. I agree that a historic rose should be allowed the honor of its original name, particularly when it’s a good one. The one bonus I can see about the Greenheart action is potentially keeping otherwise “lost” roses in commerce a while longer. They may not have sold under “Charlie Brown”, but marketing them better as “Garden Treasures” may offer a longer commercial life to it and if that synonym is listed so the original identification is available, it should be a good thing for keeping the rose around a while longer. Not that I LIKE it, but there could be benefits. Kim

Thanks, Paul. It does help when HMF site users let us know when a rose has a new “fancy name”.

I do find a lot of the renamed roses, but there will never be enough Admins working on HMF to find them all.

Why doen’t they just f’ess up and call them oldie but goodies. At least people would know it wasn’t a fly by night rose. Neil

You have to wonder what these folks think of the whole thing. 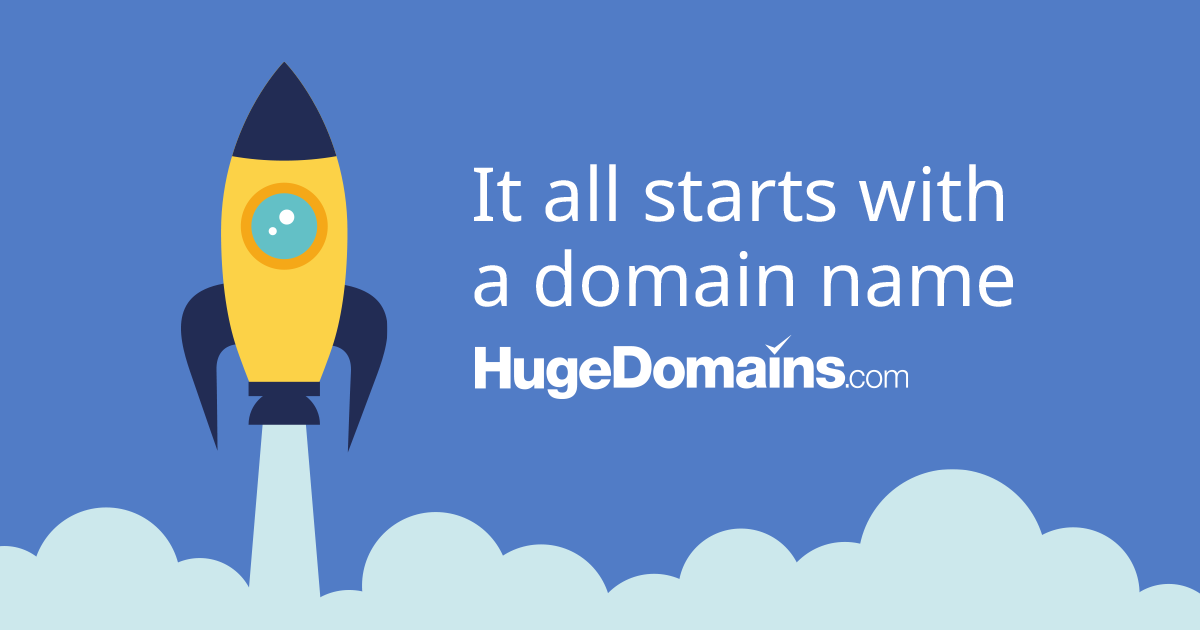 STsrv.com is for sale | HugeDomains