What is Going on with This Seedling?

Does anyone have any insight to what is going on with this seedling? It is a very strange-acting, and extremely small young seedling. It germinated sometime in April. It is an open pollenated seedling of ‘Chihuly’ x ‘Yellow Brick Road.’ Momma is a climbing, 4" light yellow, semi-double rose. Other open-pollenated seedlings from this rose have ranged from a green-tinged, shrub-type, double, that refuses to open its petals, to other shrub-type white semi-doubles. Other roses growing around momma include some ‘Abigail Adams Rose’ seedlings, some miniature roses, ‘Carefree Beauty,’ ‘John Cabot,’ ‘Variegata de Bolognia,’ ‘Hera’s Song,’ ‘Irene’s Awakening,’ and some “micro-miniature” roses - ‘Hi,’ ‘Tiny Tears,’ and ‘Tom Thumb.’

The seedling is very healthy, but also very small. It does not attempt to flower, even though it has many breaks that, I would have assumed, at least attempted to flower by now? Will it flower at some point? Or, is there some type of genetic problem, that it probably won’t overcome? 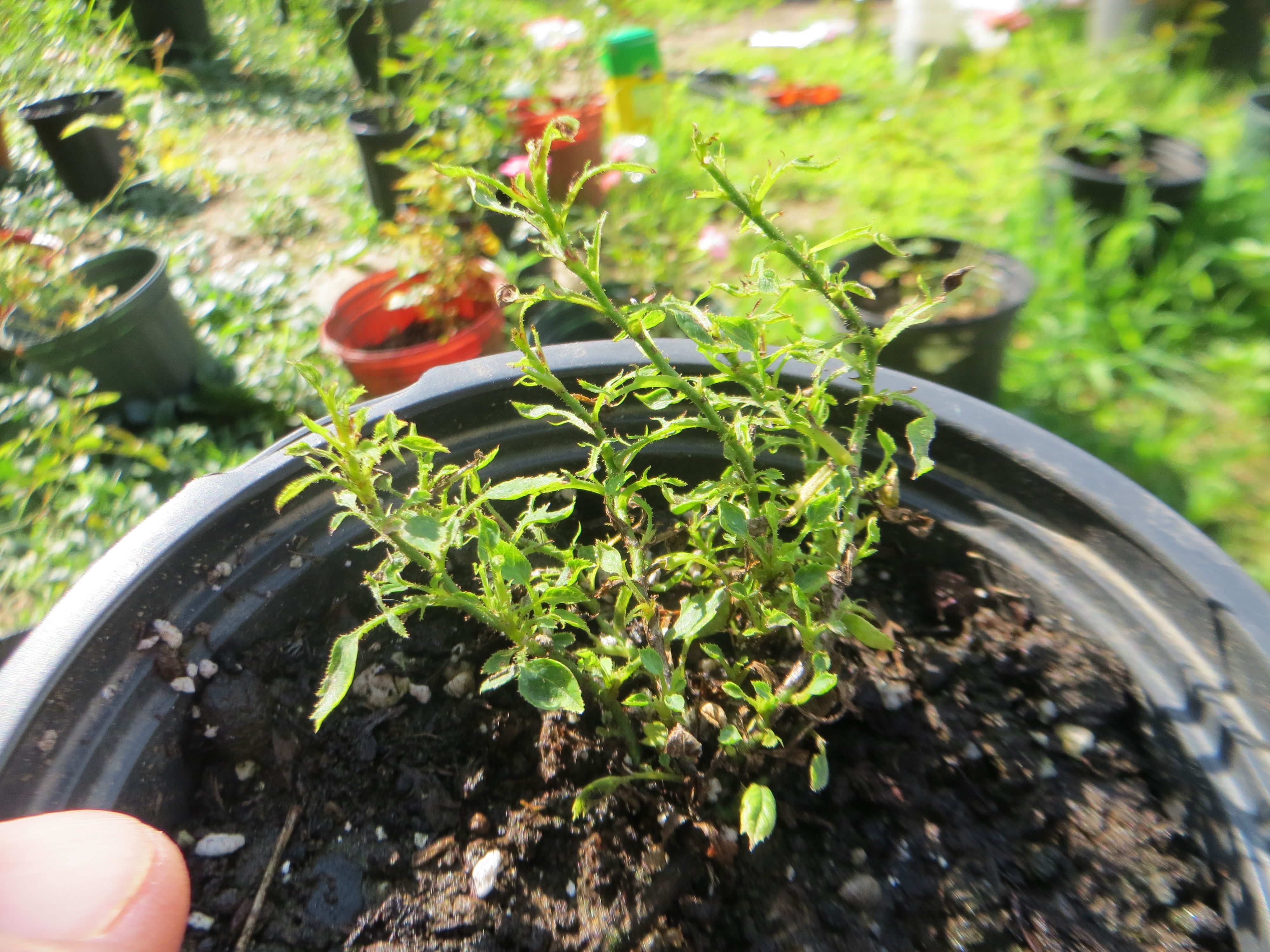 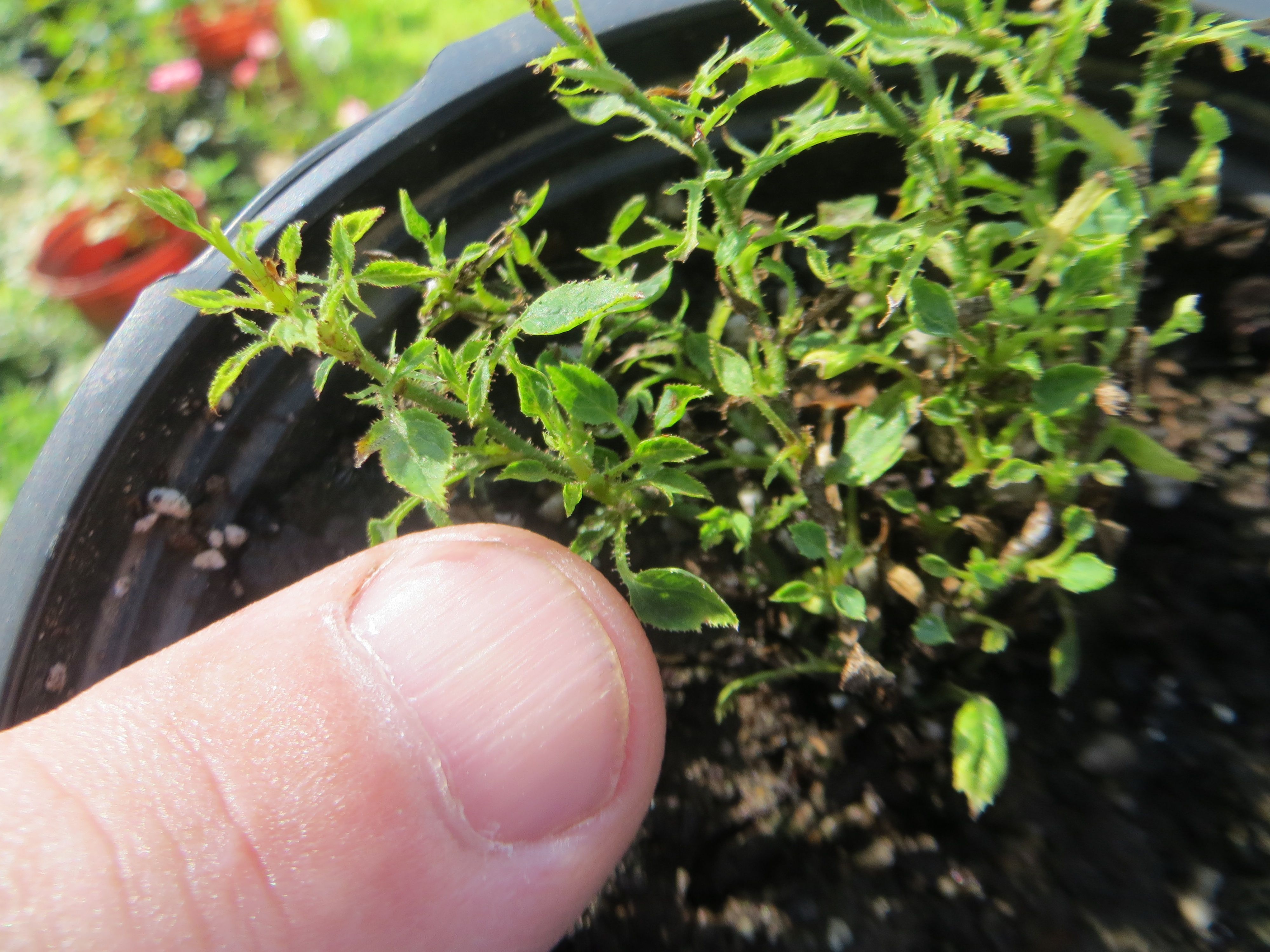 Andy, you must be a very patient person to have gotten this seedling to this stage. This looks like a genetic dwarf that has taken dwarfism very seriously. With your micro mini’s so close it seems plausible that one of them is the pollen parent, and perhaps there is a genetic link missing or an incompatibility that is not enabling bloom or foliage to express mature features. It looks like this seedling has a bit of glandular expression all over the plant and a single leaf form instead of a pinnately compound form both of which seems to indicate there are a few genes that might not have been on purpose.

Looks like one of my Adelaide Hoodless X Cineraire seedlings - it takes a very long time for some of these tiny roses to get the energy (I believe) to bloom the first time and once they bloom they won’t stop. Other tiny ones bloom within a few weeks of germination. It seems like it is a crap shoot which you’ll get.

Glad to hear that there’s at least a chance that this little seedling blooming at some point. Dwarfism is one of my goals in hybridizing. I just didn’t expect it from this cross.