This rose is in it’s third summer in the ground. Unfortunately I didn’t keep track of the cross. However, I remember doing some Yellow Submarine x Harison’s Yellow and I’m tentatively assuming that this is the result of that cross.

What’s cool is the foliage. It is very dark green and thick and stiff. It actually rustles when you brush against it.

The petals NEVER fall off. I’m not sure if that is a good or a bad characteristic.

I had assumed it would be non-recurrent, but I now see that the new growth has buds. There is a little blackspot starting on the lower leaves.

I pollinated a couple of hips, one of which seems to be swelling more than the unpollinated hips but it’s too early to tell if any hips will take. I’m not really sure what direction to take with this rose if it turns out to be fertile. If it could be crossed with something whose petals fade in an attractive way or something really floriferous, maybe the long-lasting petal characteristic could be helpful. Or maybe somehow working with foliage characteristics.

(What’s very interesting to me is that, growing next to this rose, is a seedling that may well be the result of the exact same cross, but is opposite in almost every characteristic. It has very soft, ferny foliage (kind of spin.-like, maybe?), no disease yet, a nice shrub-like form and is non-recurrent but had a couple of small, double, bright yellow blossoms similar to those of Harison’s down toward the bottom of the plant. It seems to be the result of crossing Harison’s with something less hardy, because it died way back.) 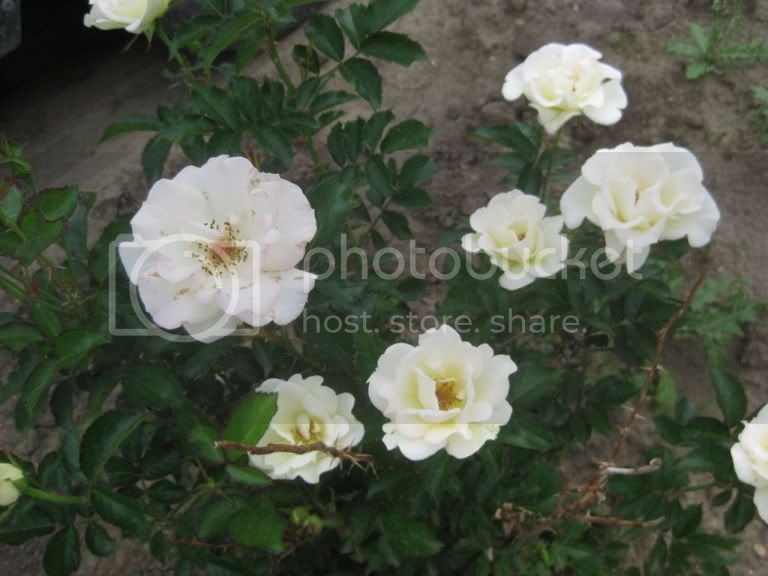 A close-up of some newer growth… 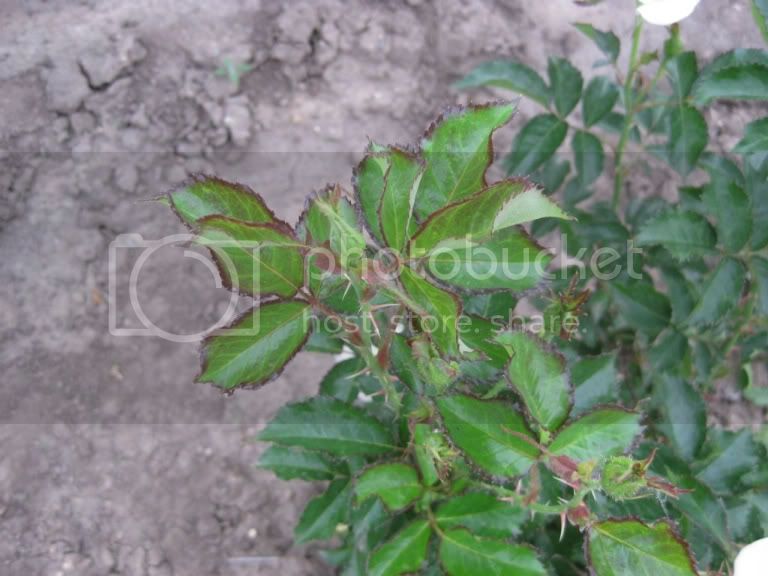 Joe, if it’s black spot resistant with heavy foliage and never drops its petals, get pieces of it to Jim Sproul and let him mix it up with Eyeconic Lemonade! Imagine a Hulthemia which holds blotched flowers for weeks! Kim

I’d be happy to share it. I guess I’ll have to try to root a cutting or two. I’m not sure about the blackspot resistance, though, since it is showing some. Definitely not as bad as some, though. Prairie Joy is showing a similar degree of blackspot in the same field.

I was strongly considering ordering an EL or two anways, and now I guess I have to. I’ll grow them in pots and winter them in the cooler.

You couldn’t have any idea of its black spot resistance, Joe. With four populations of it in the US, yours and mine are very likely completely different. Growing it around the country is the only way you’re going to find out. Kim

Here is one that I had to look at for at least three weeks.

I was beginning to think it would NEVER fall off like some that just shrivel and dry without making a decent looking dried flower. 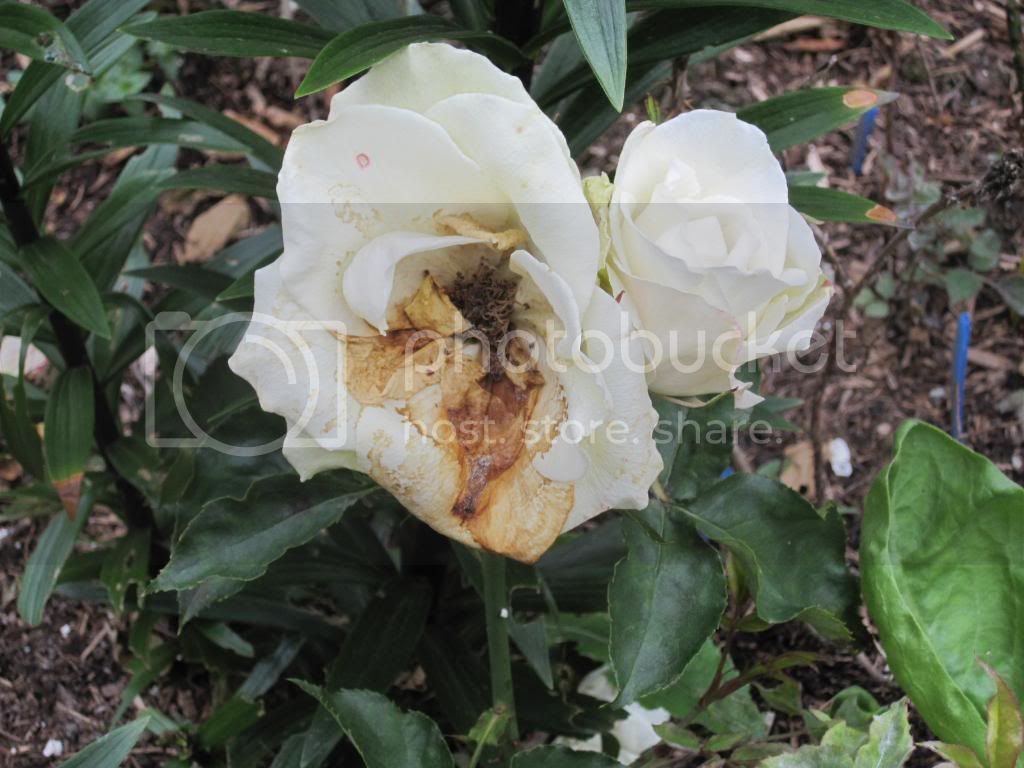 Joe, make sure to use it as a pollen on an easy breeder seed parent this season before its too late.