Hello everyone, I’ve recently acquired Tantau’s rugosa Strandperle Norderney. It does not look like pure rugosa to my eyes, but it doesn’t look like a rugosa x modern either, and I was wondering if anyone here more familiar with species has any idea of what else could be in its background.

Leaves are wrinkly as usually, but with narrower and pointy leaflets. They halso have a greyish hue and are not glossy as typical rugosas. 9 leaflets Growth tips, canes and flowering clusters look more like typical rugosa. Flowers have a dark red - purplish color, darker than R. rugosa rubra. The main difference I found is that many parts of the flower, stamens, anthers and sepals, are purple in colour as well. The main surprise is that the hypanthium, and subsequent young hips, are maroon - purplish as well. What I was wondering is if they could have inherited this trait from another species or if it there is just some kind of “genetic confusion” going on. The only species with purple hips that I’m aware of is spinosissima, but as long as I know its unripe hips are green as usual. The other variety in the “Strandperle” series, Strandperle Norderney, which I do not grow, seems to have similar foliage, but typical green flower parts and hypanthium. On Tantau’s catalogue, they put a picture of the latter’s mature hips, but nothing about Norderney. I haven’t been growing it long enough to comment about ripe hips.

I apologise for the terrible quality of the pics, I had to crop them off a bigger pic 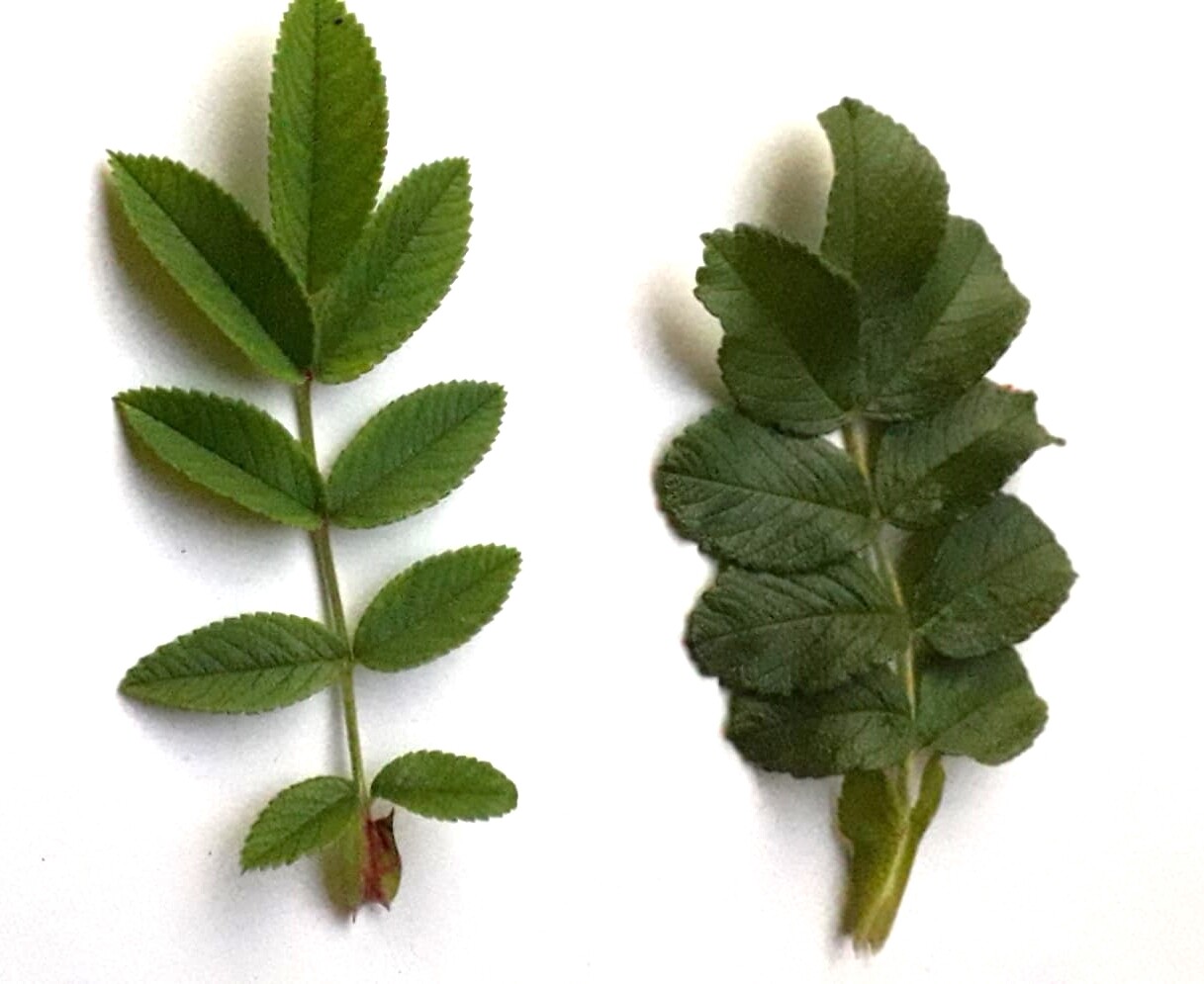 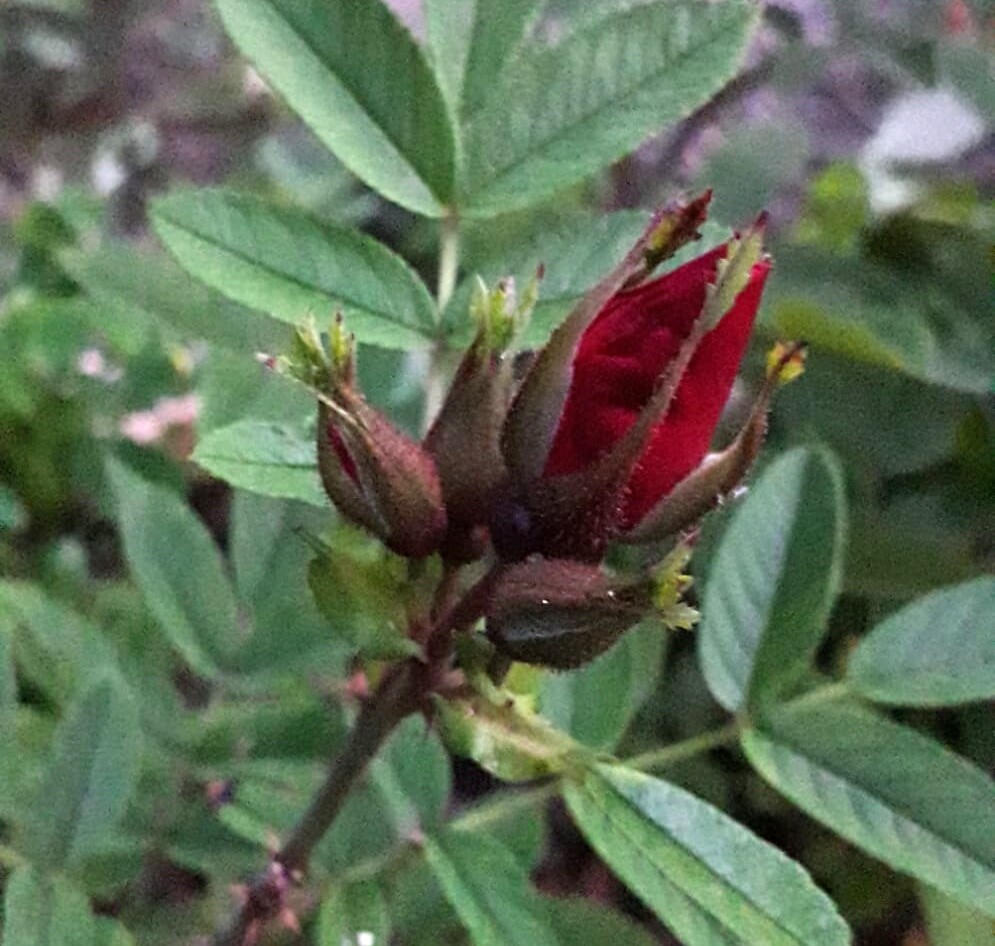 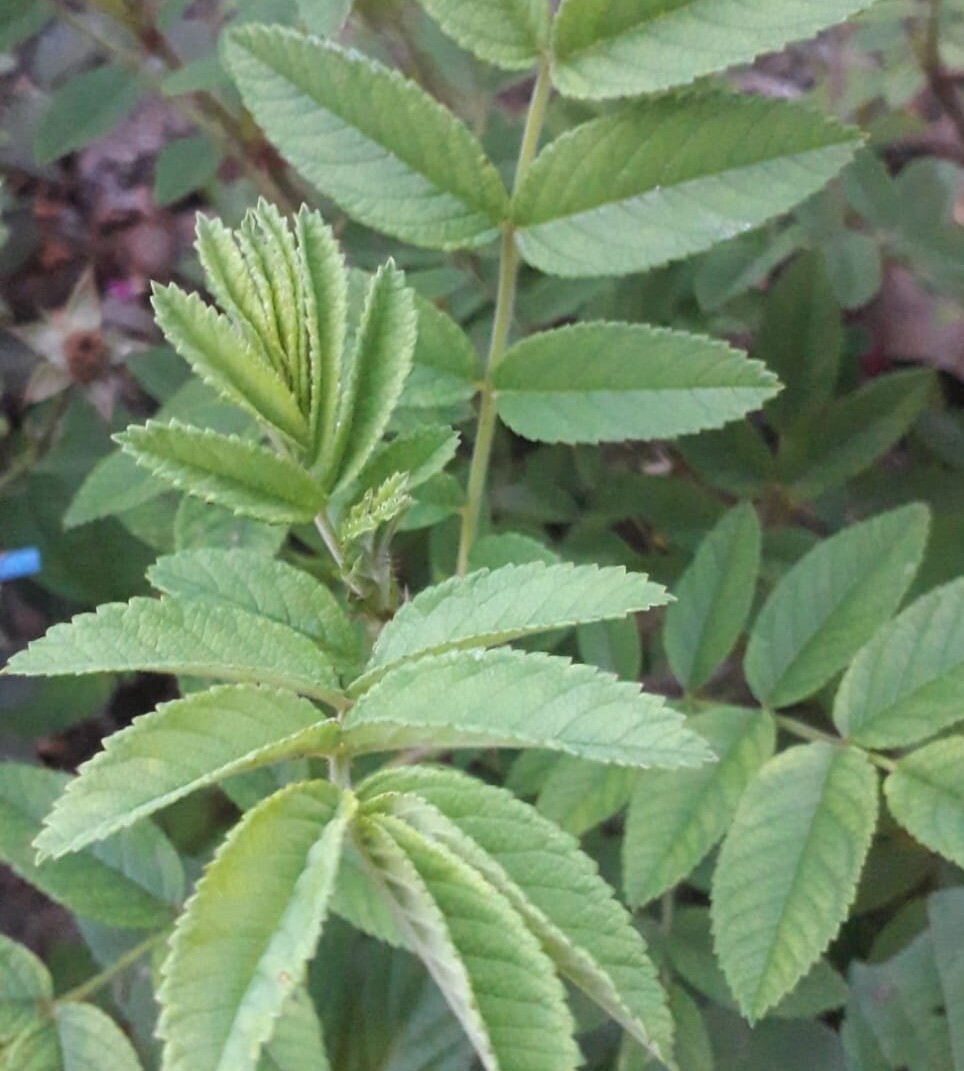 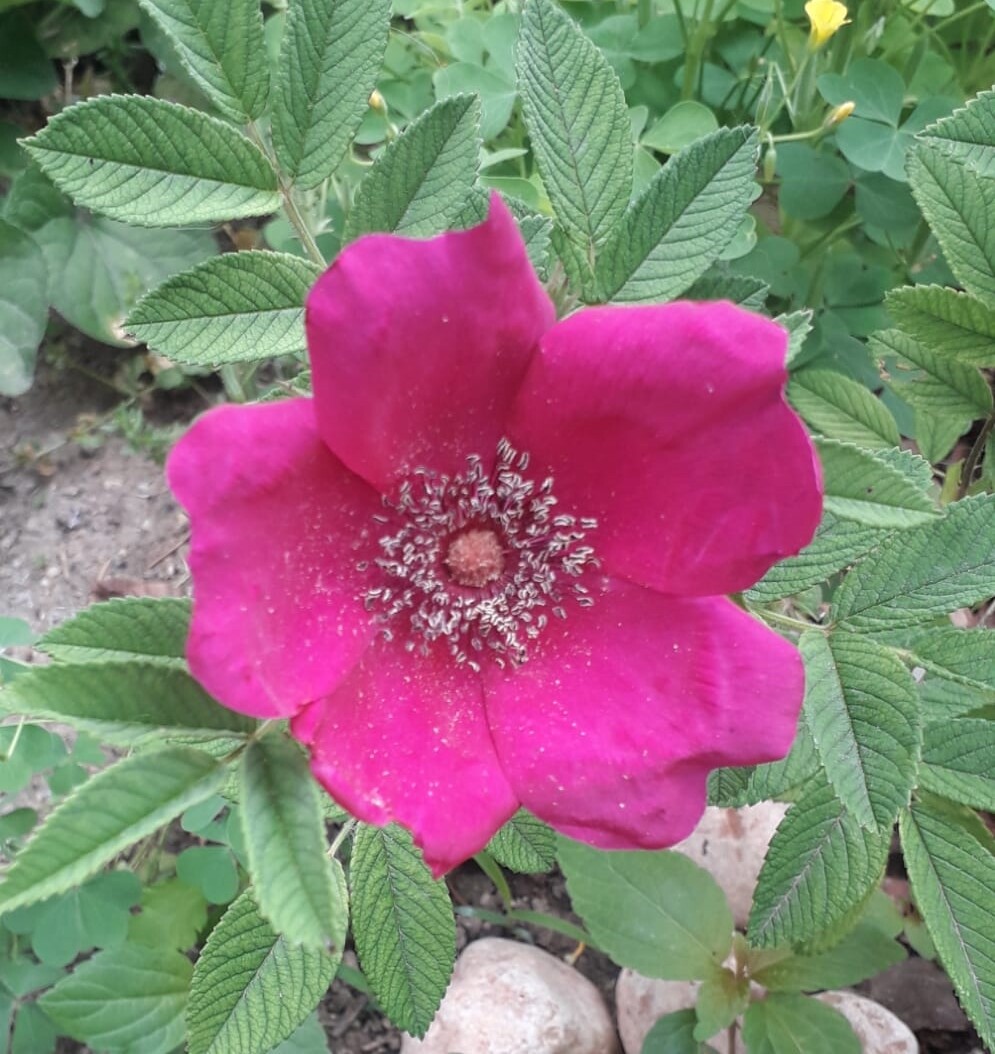 Increased pigmentation has occurred in hybrids like ‘Basye’s Purple’ and ‘Ann Endt’ (both resulting from crosses between R. rugosa and R. foliolosa), and R. foliolosa does have very narrow leaflets, so that might be a possible starting point.

Would that be “foliolosa” now?

\'Rosa foliolosa Nutt. ex Torr. & A.Gray\' rose member reviews, comments and Q & A. Learn from other member\'s experience and insight with this plant as well as share your own with the HelpMeFind garden community.

Michael, I have a few suckers of that thornless, white, dwarf Foliolosa from Don (Rosewild) if you’re in need of them.

Without any solid evidence, there’s probably no reason to allege that anything other than R. foliolosa itself was used in the breeding.

Another, probably more remote, possibility, is R. beggeriana. It is in the same section (Cinnamomeae) and the small leaves and rounded very dark fruit stood out to me. Foliolosa definitely seems very logical though.

Thank you all for your inputs! I’m not really familiar with foliolosa, but it does look like a likely parent. One more point I forgot to mention is that Stranperle Norderney should stay quite compact (about 80cm in height), which looks compatible with foliolosa’s dimension. The color itself looks quite similar to Basye’s purple (in real life, it is more similar to the pics of Basye’s purple I’ve seen than to the color you see in the pic I posted). Even its foliage looks very similar to the one I see on a foliolosa x rugosa listed on help me find (' Rosa foliolosa X Rosa rugosa ' rose photos). Both Basye’s purple and Ann Endt are available in the EU, so they may (or more likely may not) be involved themselves in the parentage.

I’ve only read about beggeriana online, and I think I never saw it in person. I would expect a beggeriana x rugosa cross to get much taller than the maximum height stated by Tantau, though.