When evaluating your seedlings, do you more experienced hybridizers sometimes plant them out in the ground? And if your realty is limited, requiring you to replant where rejected seedlings were previously grown, do you worry about the risks of Rose Replant Disease and the difficulties it might present in evaluating the seedlings?

Pot culture, it seems to me, is not kind to plants here in Central Texas. Plants want frequent watering – often more than once a day – and I’m sure I wash-out what limited nutrients there are in the soil if/when I do stay on top of it, so I find myself tempted to trial surviving seedlings in the ground.

…For that matter, for those of you having hundreds of pots, do you not recycle your potting medium? (I would imagine that potting soil is rather depleted in addition to whatever RTD might occur, but I hate the idea of throwing out potting medium. I have tried to use it for other types of plants…)

Am I correct in assuming that cuttings or transplants from roses suffering RTD would not carry the ‘disease’ with them?

I used to add Mycorrhizae fungi to the fresh planting soil. (I am no longer active.)

Yes, I recycle my potting soil. Sometimes I mix it with fresh, sometimes not. It all depends upon how much I have, how much I need, what the condition of my back is and how lazy I am feeling at the moment. If I find gall in the pot, no, I don’t reuse the soil. Otherwise, I don’t worry about reusing the soil. And, yes, I sometimes reuse it for non rose plants. I don’t have any idea what “rose transplant disease” might be, so I can’t suggest whether cuttings or transplants would carry it with them or not.

I reuse potting soil, pretty much always need to add new stuff into the mix, always need more volume than what is already there. I fertilzer (weak) every week though (hose attachment that mixes in fish emulsion, seaweed, worm casing, bacteria, etc during normal watering) so not overly concerned about loss over time.

I figure whatever struggles or dies is genetically weak to something, that weakness can be left behind as the population moves forward, just another natural(ish) culling mechanism. There’s usually a few that do amazingly well compared to a sea of their siblings (eg around 250 baby faurax seedlings this season, almost all are powdery mildew babies or runts with no vigor but 4 are 6 times the size and clean compared to their siblings). I imagine after a few generations numbers will be better simply due to the selection (natural or otherwise) as it is stacking the deck towards my environment/growing conditions…but i am looking at it as a population, eventually all roses in my garden will be related within a few generations simply by virtue of necessity (most of the traits im interested in are recessive or quantative needing to be inherited by both parents for best results…so eventually outcrossing will be very rare).

Having said that I haven’t had gall yet or experienced anything that has prevented progressing on my goals…just low numbers of anything good in the first few gens which everyone seems to experience.

Those initial “runts” you write of, Plazbo, seem to me to be genetically weaker as they just don’t generate sufficient root systems to grow stronger and healthier. The ones which do amazingly well DO generate tremendous root systems. The runts seldom develop into much and it is they which have produced the “pretty faces” but not suitable for own root production we have so many of today. We’ve budded them to sell the pretty flowers and saddled the world with the weak, sickly plants requiring so much chemical intervention. Yes, I know roses are going to need help over much of the planet, but had we not budded anything, imagine where we’d be today.

I dig out the soil used by the previous resident and replace with new black earth products which involves some hard looking as everything seems to be the equivalent of loon - - - - or lots of peat with sticks. Use spent soil- to dress remaining lawn. Read about Replant but not a believer though appears some in Europe believe.

This is what Dr. Rankin has written:

This appeared in a local rose society newsletter that I have great respect for:

This appeared on the American Rose Society Web page: 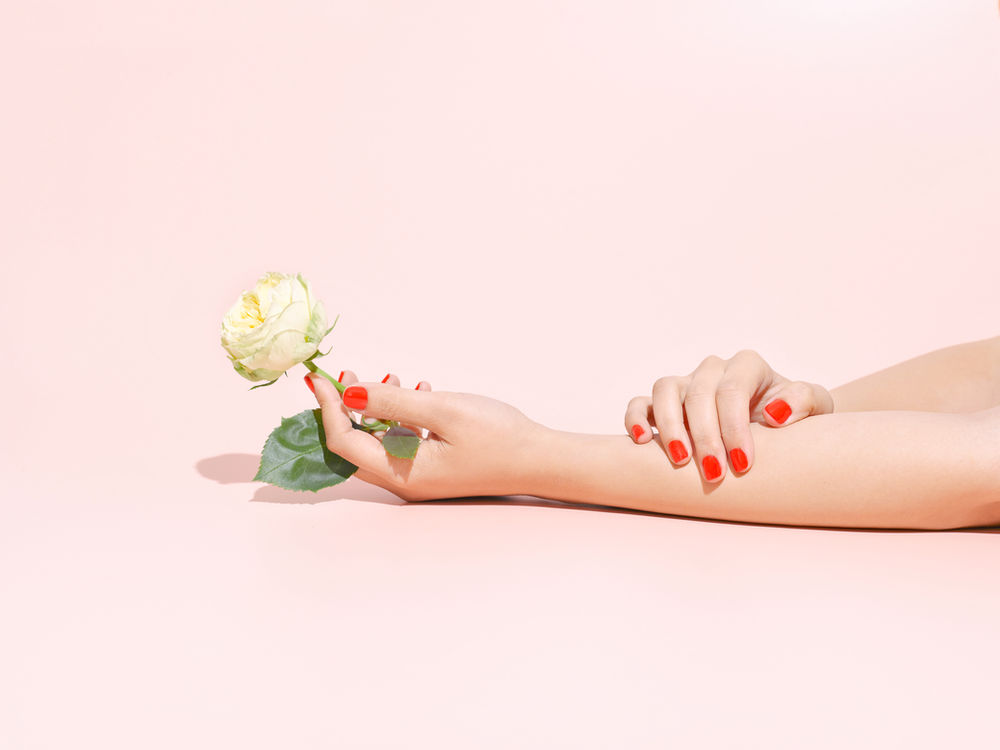 The mysterious ‘rose replant disease’ or ‘rose sickness’ has puzzled rose growers for years. Nothing specific has been identified as the cause of this phenomenon. When new roses are planted where old roses used to be, they may not grow as well as...

I have had similar experiences to Dr. Zlesak.

I am also interested in actual scientific references such as:

CHANGES IN TUFF DURING PROLONGED CULTIVATION WHICH AFFECTS ROSE PRODUCTIVITY.

Title: “The effect of medium disinfestation on cut rose productivity and on some chemical properties of tuff”

The effect of medium disinfestation on cut rose productivity and on some...

Rose plants grown in untreated used tuff are less productive than those grown in new, unused tuff. The objectives of the present work were to evaluate…

Link for article that rose roots give off an ihhibitor

The Google search for the 14 more recent citations.

With the runts, I would assume that is a big factor but also not willing to rule out that something I’m doing (or environmental factors) contributes to that result. I mean I’ve bought a lot of species seed which in theory should be decent own root, but have had a lot die/not do well. Not the end of the world by any means as it is largely an exploratory endeavor.

It’s funny just how often the dominant result is runts and just how obvious the outliers are. It’s interesting to compare the Baby Faurax seedlings this year with say Rugosa seed (from sheffields seed) which are all pretty uniform in health and vigor or the various rubiginosa (feral OP, lord and lady penzance seedlings) where the outliers are things that are growing badly.

If replant is an issue, rugosa and rubiginosa seedlings really don’t seem bothered being replanted in the the recycling mix of more modern types…granted both species are often found in poor soils (not a bad trait to propagate).

It possibly says something about me when the roses doing well are classed as weeds :\

Dr. Zlesak’s article (cited in Henry’s post) might be the same one that was reprinted in an RHA newsletter a couple years back. But I had not recalled David’s observation (which probably initially planted the seed in my mind):

"Hearing Winkelmann’s presentation and observing how rose growers handled rose replant issues at different tour stops helped me to realize how important this issue is. I wonder now to what extent rose replant issues may be affecting the rose seedling evaluations we rose breeders make.

“I have very limited space and quickly reclaim land where I had rose seedlings to make room for the new ones. Perhaps some very nice roses are being overlooked due to mediocre performance just because of being planted in a pocket of soil with extra-strong residual effects from roses previously grown in that location.”

Interesting that they use Tagetes in the Kordes fields. I had conjectured that they might use a legume crop, such as alfalfa. (I had wondered if there might possibly be something in alfalfa tea that could partially counter the RRD issue. It seems in general to do wonderful things for roses.) Tagetes species, I believe, contain some pest-deterrents in them. I wonder if those might possibly have something that could inhibit some sort of pathogen. (I wonder if I’m just wondering too much…)

Though l do change out the old soil in the gardens for replants l have not done it for the grow room efforts and tend to recycle the same soil after the indoor winter growing seasons. Use to top up with great sterilized black earth until nursery was replaced by conds and source dried up. This years cuttings efforts have been a disaster so far using new peat moss based rubbish …

… as to poor soil and rampant germination of some species … l was shocked and dismayed to see at Chelsea 2018 R. Rugosa is classified as a invasive species. 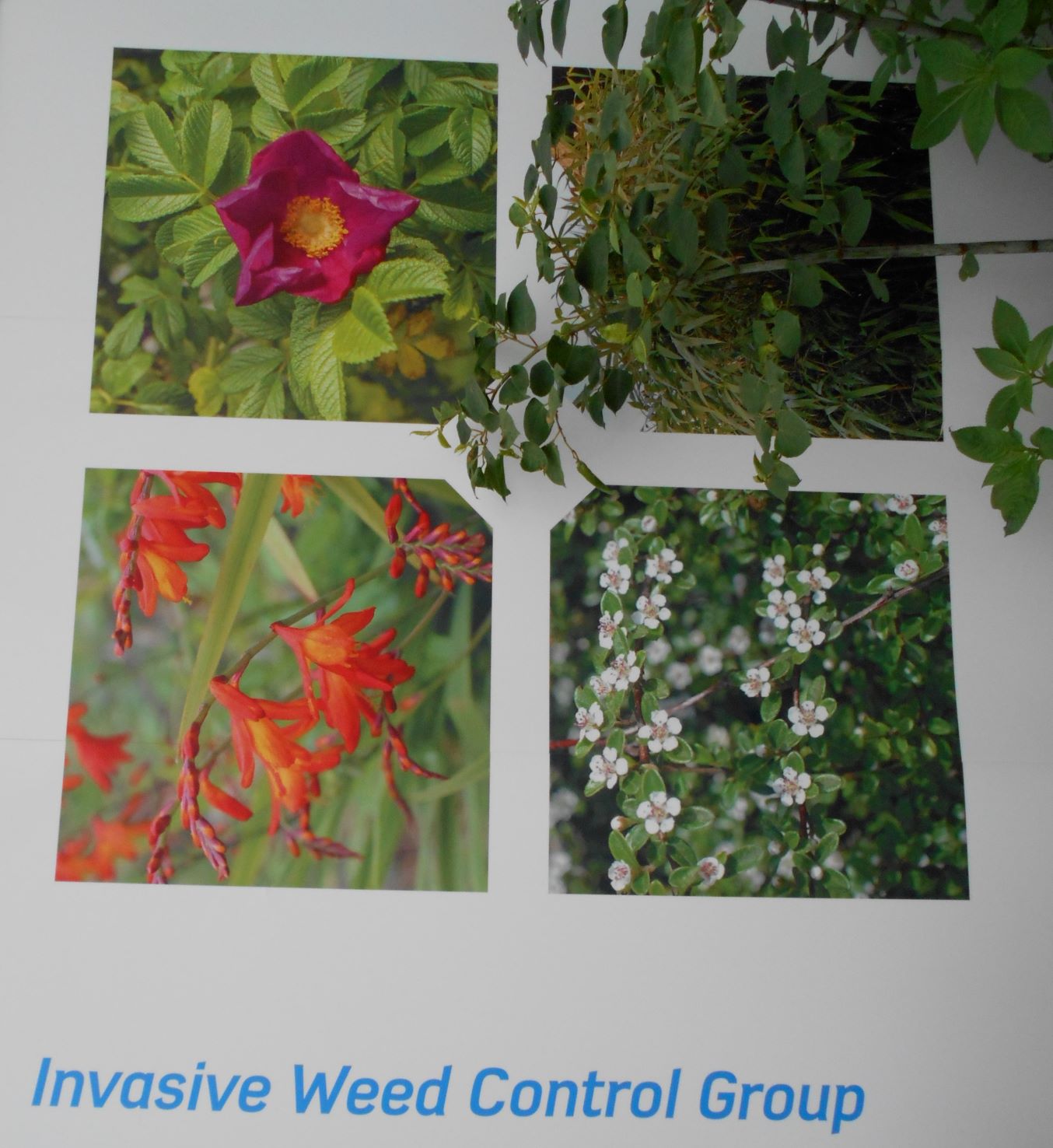 The booth attendant did skate with UK eloquence and grace, and stated what’s deemed a weed there may not be in the new world … sounds like good easy base stock for hybridizing and not worrying about replant issues

Where “happy”, anything which suckers aggressively or self seeds rapidly, IS “invasive”. Anything.

l was shocked and dismayed to see at Chelsea 2018 R. Rugosa is classified as a invasive species.

It’s not just England but New England as well. Rugosa is classified as invasive in Connecticut, as is multiflora. Norwegian Maple is on the Connecticut list as well, along with Russian Olive.

A cover crop is SOP at the USDA facility at which I work (peaches). Seems to ward off the numerous root-related afflictions that the peach industry struggles with especially in light of all the pesticides, fungicides, and herbicides used in our fields.
Stephen