I grew an open pollinated seedling of it for many years. I do not know why I did not measure its pollen. Sorry. The rose that I grew next to it R. Kochiana X OP captured all of my attention.

Well Peter, I think I’d have to agree with you on that. It makes sense from a fertility standpoint. BTW, do you know about the study by M.J. Kermani et al. published in 2003 wherein they used Oryzalin to produce tetraploid variants of ThÃ©rÃ¨se Bugnet? Pretty cool results.

Rosa rugosa kamchatika is fromt he Cinn. family, so even on a dice roll the likelihood would roll towards diploid – only some species/subspecies/forms of that family are not diploid

BTW, do you know about the study by M.J. Kermani et al. published in 2003 wherein they used Oryzalin to produce tetraploid variants of ThÃ©rÃ¨se Bugnet? Pretty cool results.

I’ve never read the whole article, but am aware of the major findings. Since TB’s female fertility is relatively low, it would be interesting to know just how fertile the induced tetraploid plants were, and how cold-hardy–and whether they were more free-blooming. It would be a shame to have TB gain some characteristics desirable for breeders but lose much of its cold-hardiness. Does anyone have information about these matters?

In the article, they state that the foliage of the tetraploid Theresa Bugnet was much thicker and tougher than the diploid form. The leaves were also considerably larger than the diploid TB, and the internodes were longer. Interestingly, the flowers actually had twice the number of petals as the diploid version has. The next step in their research was to test the fertility of the induced tetraploid, but I haven’t run across any articles on that. They were going to work closely with David Austin.

I have the full paper.

“The number of petals in tetraploid Thrse Bugnet was nearly double that of its diploid progenitor.”

H.Kuska comment from Figure 7 viable pollen went from about 10% to about 20 %.

Nothing was said about cold resistance.

That’s right, Henry! I re-read the abstract last night after I posted, and they did mention the increase in pollen viability.

Maybe this information is still of interest today.

I am it fills in another blank on the master rose list. Just have to wait for recovery after a pseudo wolf dog took a chew liking to it. Planted 2010. 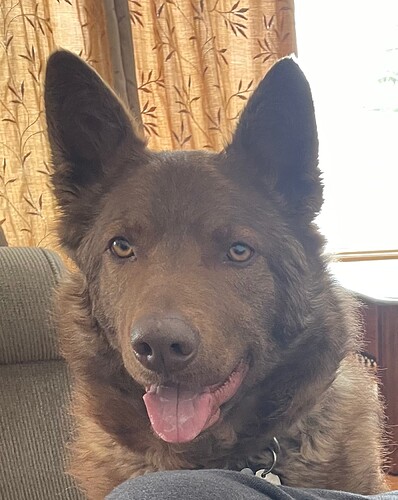