I planted out a R. davidii last year (maybe the year before, and moved it last year).

I put on my boots and trudged through the snow out into the field yesterday to look at roses.

R. davidii seems like it has green wood nearly to the tips. It is only about two feet tall or a little more and has many fine stems.

Anyways, this makes me optimistic that R. davidii is another tetraploid species that might be worth integrating for those of us in cold climates.

This is one that has intrigued me, though I haven’t been able to justify the realty to plant very many species in my little yard. R. davidii figures into pedigrees of some rather healthy plants, including Baby Love and Pretty Lady. (Baby Love, admittedly, has fallen off its pedestal somewhat in recent years apparently, and PL is a (ho-hum) pink, so I dunno if that’s much of a commendation…) Curious to know if others have experiences with this species… Hardiness is something I was not aware of with it…

Hi Philip, if you go thru some of Warren Millingtons list of crosses he has incorporated it in last season(2017) here in Australia and maybe 2018 crosses I think you will find. Warren will correct me if I am wrong.

Yes, thanks David and Warren. I have seen several attractive seedlings from Warren having davidii in them, and from the photos, they do look very nice. I should have been clearer in expressing an interest in the specifics of other’s experiences, which is to say, whether folks feel that the species itself can be credited with contributing greatly to the health or overall demeanor of its offspring? Warren probably has the most extensive experience in using it along with a good number of healthy hybrids and species, and I was wondering how davidii stacks up against the other breeders for delivering good results.

Hi Phil,
R.davidii is very good, Those pics which you saw were from the (Wendy X Altissimo) X R.davidii, the vigour was exceptional growing 9 ft in one year from germination, Health is also very good. When I crossed R.davidii with Sympathie (Hybrid kordesii background) it didn#t do much growing until its 3rd year, it flowered for me in the 4th year.

Wow! THat’s a scary vigorous seedling. I gather the vigor came in part from Altissimo? As I say, I know that both Pretty Lady and Baby Love were touted as being highly disease-resistant, and I noted R. davidii in the pedigree of both. I wondered if it was a primary contributor, or just coincidentally in the pedigree of two (reportedly) very healthy plants.

I should check to see how commonly R. d. has figured into the lineage of other roses through a HMF search.

Thanks. Those were attractive seedlings, as are so many of yours.

Tom has done some work with davidii as well 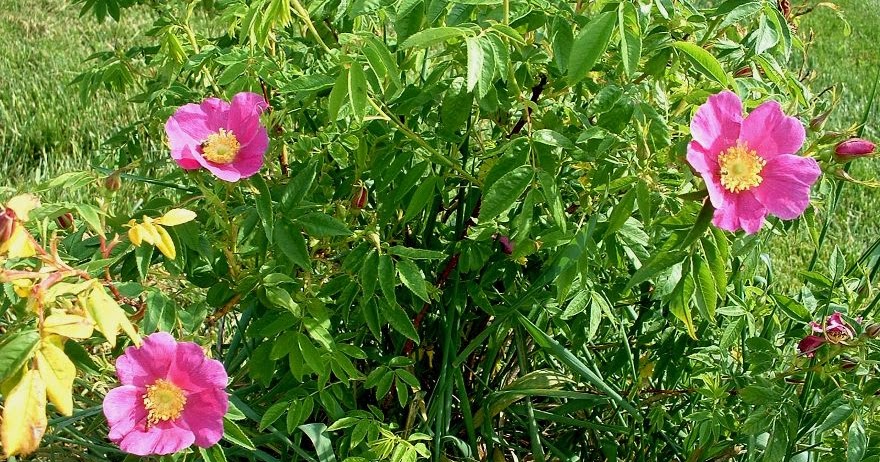 Here's  Rosa davidii . I only have one hybrid from this species so far (with Rosa virginiana ), but am using pollen from Rosa fedtschenkoana...