I know several people have used ‘Darlow’s Enigma’ in their work, but I haven’t heard anything about its abilities as a parent. Have any of you obtained anything from 'Darlow’s that doesn’t just look like a copy of it? Have you gotten anything with good color AND the same disease resistance? I’d like to work with it but I have the impression that white seedlings will dominate the results. Any information you have will be greatly appreciated, TY.

Paul, I have several offspring of Darlow with different parents. I would say you would get more pink offspring than anything else. I crossed it with Home Run this past season and have about 8 seedlings I’m evaluating now. I don’t know how to get more than one photo so I will put one in each message. I did have a lot die due to incompatability with Home Run but got a few nice results. I only use Darlow as a seed parent. 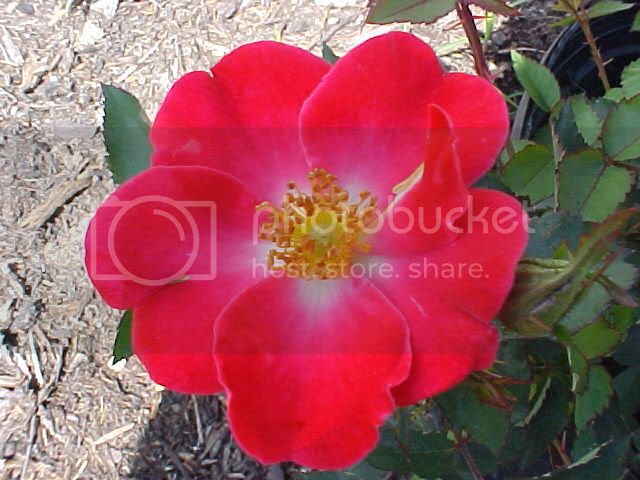 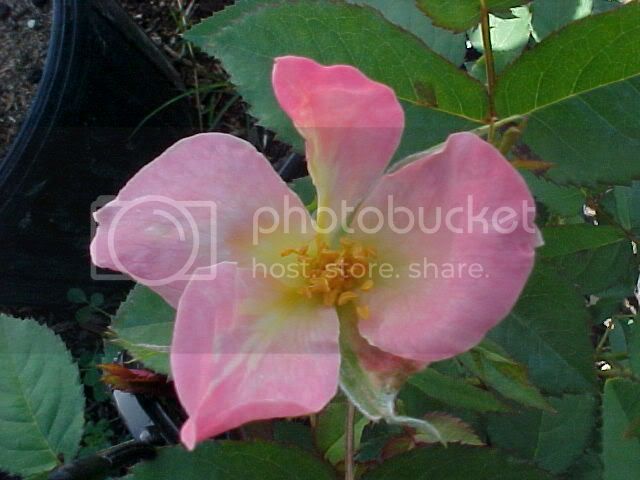 My first seedling from Darlow is a mini that the bees helped out with and I am 99.9% sure the other parent is Lavender Crystal as I had 6 of them not to far away and it has all the traits of Lavender Crystal. It is just as disease resistant as Darlow with better foilage but is not fertile. I finally got one good hip on it this year and maybe I can get more as it grow older. 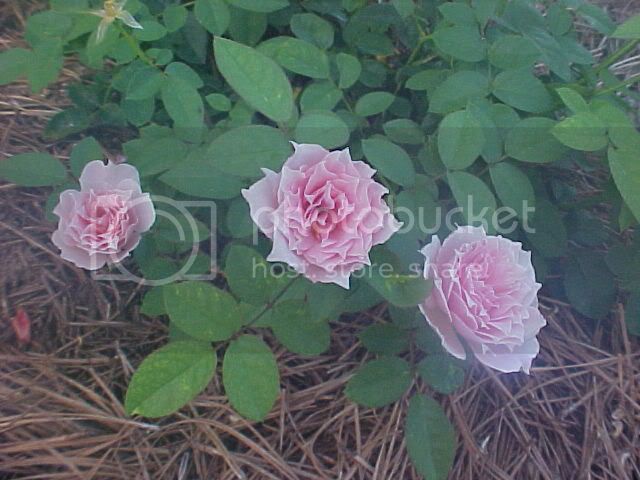 Two years ago I used Lynnie and kept one seedling to use in breeding this year. I have since found out that it is now very good as a pollen parent so I have several hips on it right now. It is surely a triploid. 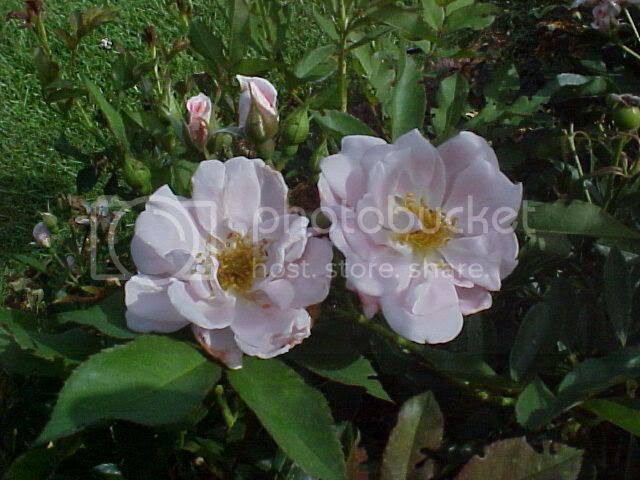 Those are great looking seedlings. Are you finding these wide cross seedlings tend to die in infancy? I’m finding this tendency in most mixed ploidy crosses.

‘Lynnie’ is incredibly fertile. I was disappointed to find one of the parents, ‘Torch of Liberty’ blackspots badly when I saw it at the San Jose Heritage Rose Garden not long ago.

Considering ‘Torch of Liberty’ is a cross of Orangeade x Golden Angel, I guess this should come as no surprise.

Keep in mind that ‘Golden Angel’ CAN breed some very Blackspot resistant roses as well. ‘Apricot Twist’ (‘Golden Angel’ X ‘Sequoia Gold’) is by far the most disease resistant miniature I have ever grown. It is always 100% Blackspot free, even when other roses nearby are showering down disease spores on it.

The x Lavender Crystal looks great. A lot of people would buy that if you give it a catchy name that lets it be known it’s healthy.

Robert, yes a lot of my Darlow X Home run seedling died in infancy but you mentioned Lynnie and my Darlow X Lynnie seedlings had just a few which died in infancy. I am using Carlin’s Rhythm pollen on Darlow right now and have quite a few hips which are big already from some I did over a month ago so Carlin should work ok. Lynnie does blackspot for me here in the hot and humid deep South but is more tolerant than most. I stopped spraying My Stars and Carlin’s Rhythm last month and they are starting to have a little blackspot.

Paul I forgot to mention that I did have a few yellow seedlings from the Darlow X Lynnie cross but they either had Powdery mildew or blackspot. I find Darlow lets a lot of traits from the pollen parent through as you can see in the Lavender crystal cross with Darlow.

Thanks Charles, I thought about sending it to trials but have been trying to get some seedlings from it first because it is so disease resistant and am having problems getting some hips to set, have one hip now. It has an average repeat cycle and moderate scent and the flowers last about 3 days in the Summer and a little longer in the Spring and Fall. It is so much like Lavender Crystal in all ways except it is completely disease resistant here.

I will have to move Darlow this Winter as it is real close to the Purple Martin house and they are diving at me like I am their worst enemy ever since they have some new borns.

Patrick, this is the first report I have heard regarding blackspot problems with ‘Lynnie’. As I’ve mentioned before, the parent ‘Torch of Liberty’ is prone so no huge surprise.

I’m disappointed to hear about ‘My Stars’ and Carlin’s Rhythm. I really thought they might be immune.

On some level I think you are fortunate to be able to test for Black Spot. I had really hoped 77-361 might be the answer to cleaning up some of the disease susceptibility problems in modern shrubs. I still think it could make a big contribution.

In a no-spray condition it took quite a while for Lynnie to blackspot and that was in Galveston, Tx. Last year before I moved. I recently got another Lynnie and will not spray to see if it does the same here. I bet it will. My Stars and Carlin’s Rhythm have very little blackspot on the very bottom and that isn’t unusual for any plant and will have to wait and see if it continues up the plant to get a fair evaluation. Rainbow K.O., Home Run, Darlow, Basye’s Purple, and my two Darlow seedlings(Darlow X Lavender Crystal) and (Darlow X Lynnie) have been clean so far this year. I wish these two seedlings were more fertile. I am determined to use Darlow in my breeding program because it is more disease resistant than any that I know of in more places throughout the Country, is fragrant, blooms all the time, fertile both ways, good germination rate, the only thing it needs is thornlessness and am working on that with Lynnie and Carlin’s Rhythm.

You only have the ploidy problem to overcome and that probably won’t be much if an issue.

I’ve never been impressed with Darlow here but then we have very little in the way of disease.

I should pay more attention to mine. Perhaps I’ll root another one give it a better spot and see if it repeats better. I think mine is drought stressed most of the year.

I’ve got some prickle free diploids I could use it with. I’d probably use it for pollen. I hate manipulating tiny blossoms.

Robert, ‘My Stars’ is completely disease free in my climate. I was very pleasantly surprised.

That’s good the hear Paul. I’ve been using an early Sister seedling Mr. Moore shared with me for a few years now. I sent you some cuttings from one of my seedlings using it awhile back, “Lyn Griffith”.

I’ve had good luck with it here. I might eventually register it. I’d love to know if it’s disease resistant.

Of the cuttings you sent me last year, only one cutting rooted and that was Ivory Warrior.

Bummer, well, I.W. is somewhat interesting. Tell me what you think about that fragrance. I can’t put my finger in it. It’s different.

Any information as to growth habit, disease resistance is appreciated. Thanks, Robert