Here is a photo of one of two Marie Pavie x R.blanda yearlings. This plant has the better flower, but the other plant is a little more vigourous and maybe a lillte healthier. 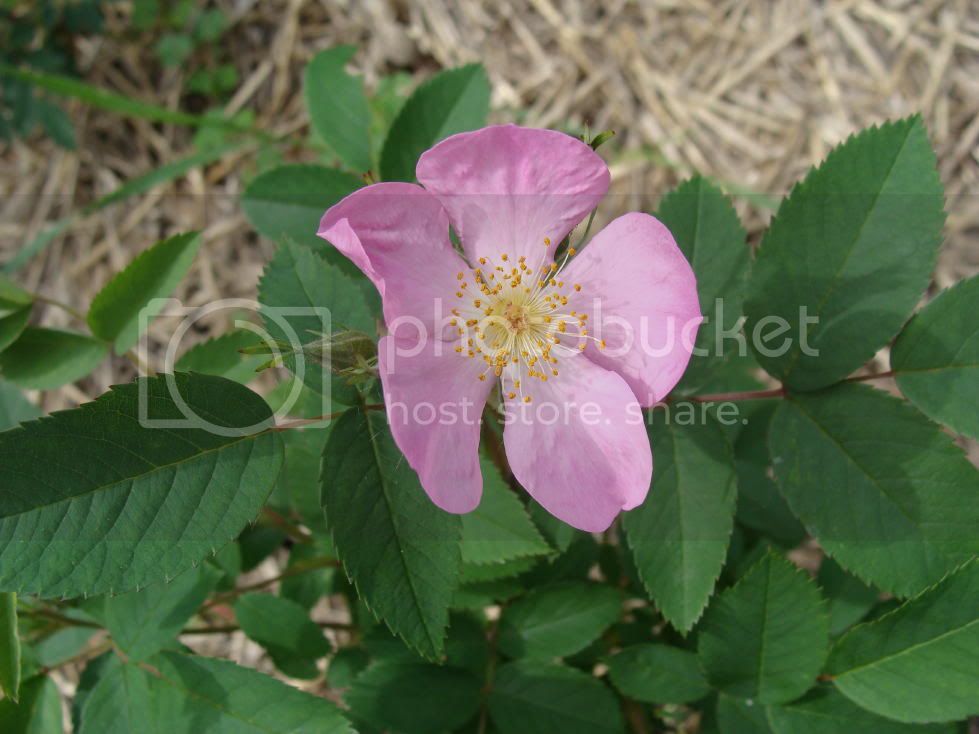 It looks very much like blanda, and what a great cross… I still have blanda flowers left, I may try to make a similar cross with cecil brunner…

very pretty. Is it thornless?

It certainly has R.blanda influence in it. No it is not thornless, but it doesn

Those are really nice seedlings. I haven’t had any luck with blanda so far, so it’s especially nice to see that it can work.

I look forward to seeing how these seedlings work for you as parents.

Thanks for posting, Tom

I think it is a pretty cool cross with potential. I wanted tot ry diploid species x Lullaby, ut Lullaby wont give up any pollen or ever set hips. Marie Pavie seems to have been a good way for you to go.

I would suggest you cross it with anything that has genes for remontancy as long as its not something in the HT/Floribunda realm. As you have suggested, perhaps R. rugosa derivatives would be good choices. You might be able to persuade Henry K. to send you pollen from his ‘Will Alderman’, which is a diploid, remontant and includes R. rugosa and R. acicularis in its pedigree.