? Lighter? Moment to Pollinating or Perils of Polly

Quickly pollinating last of Butterball with a blooms of Williams double Yellow before a burst and wondering why the fist full of harvested fully petaled pollen blooms in waiting were giving an irritating repetitive pricking sensation to the palm of my thumb … didn’t think there were thorns on those bloom - not hard to guess what then hidden in double bloom, glad it was a small one and for calluses.

The perils of horticulture…
Hope you are well.

Txs not a scratch and pollinator also survived, had it been ugly might get an adversity to production pollinating attitude this year - though thorough check for bigger than thrips wildlife is the learnig.

However, for dark gardening drama, a past gardening episode with a 1/2 ton clunker startup in past was electrifying. Been sitting awhile, and required fast hard jamming down gas pedal to floor to start - wearing summer gear … one problem since last startup … wasp nest built under gas pedal … (window broken) one might try athletic optics imaging of that episode. Wasps nest didn’t survive repercussions.

Ouch! I was worried that it might be the end of Perilous Polly, but it’s gratifying to hear that both parties survived the WDY encounter. I doubt that I would have shown any more restraint with the wasps, although I always don long sleeves and pants (and boots) when gardening in spite of our torrid summers as a precaution.

It’s also pretty neat that you’re still at the tail end of the first flush once-blooming roses… that was over in May to early June here, and seems like just a distant memory now. BB x WDY sounds like a cross that was tailor made for your newly proven frozen stratification method.

Yes l found it another gentle warning your never too long in the tooth to be careful.

Though the gas pedal venom shock therapy reminder episode was pure misalignment of the stars planets and the blood moon. I maybe excused for not doing a job site loss control management inspection of my clunker pedals.

No drought worries this year in Southern Alberta. The full flush of the hardy once blooming roses are for most part late by nearly a couple of weeks in my garden after a warm sunny March and early April … went downhill in mid April …. Overseas for May but came back to see my alliums even had “cold burn” due to weather.

Brought back a number of legally declared and allowed fragrant sweet pea varieties that l am going to try. UK take this plant to the tenth order of competition growing like nearly everything that is green. The pinnicle has to be single gooseberry competitions.

Hazeldean only started full flush last week. And we are in the midst of nearly two to three weeks of cool intermittent rainy weather - hence pollinating between bursts when flowers have dried. Been storing hardy pollen for when tenders can bloom.

Feels like, but not, a repeat of the 2013 conditions that created the occurrence of a 1 in 100 year flood. Can’t remember if in a el nino or nina (3x statistical roll) occurence, its supposedly a triplet of one of them.

Forum Pace is slow, so today as it happens, another Perils of Polly (pollinating), or more poetically, a Sir David Attenborough moment, to share this morning.

Sitting in city of 1 million suburban garage in a tattered smoking armchair, enjoying morning coffee/cigar looking out through open doors before start dabbing. Then signs my pollinating buddy “Silent Bob” has decided to pay another brief daily visit.

Walked right across my open garage door entrance and me, strolled through front garden for a viewing … to a cacophony of “Loud Jay” magpies serenading him as they followed - how I know he is on a visit … aka “on his morning feral rabbit break”. I grabbed a cell Photo as “Silent Bob” wandered onto neighbours yard that is loaded with feral rabbits that are diminishing in numbers - why gardens fenced. No casualties.

Never let my little Frenchie out alone in yard. 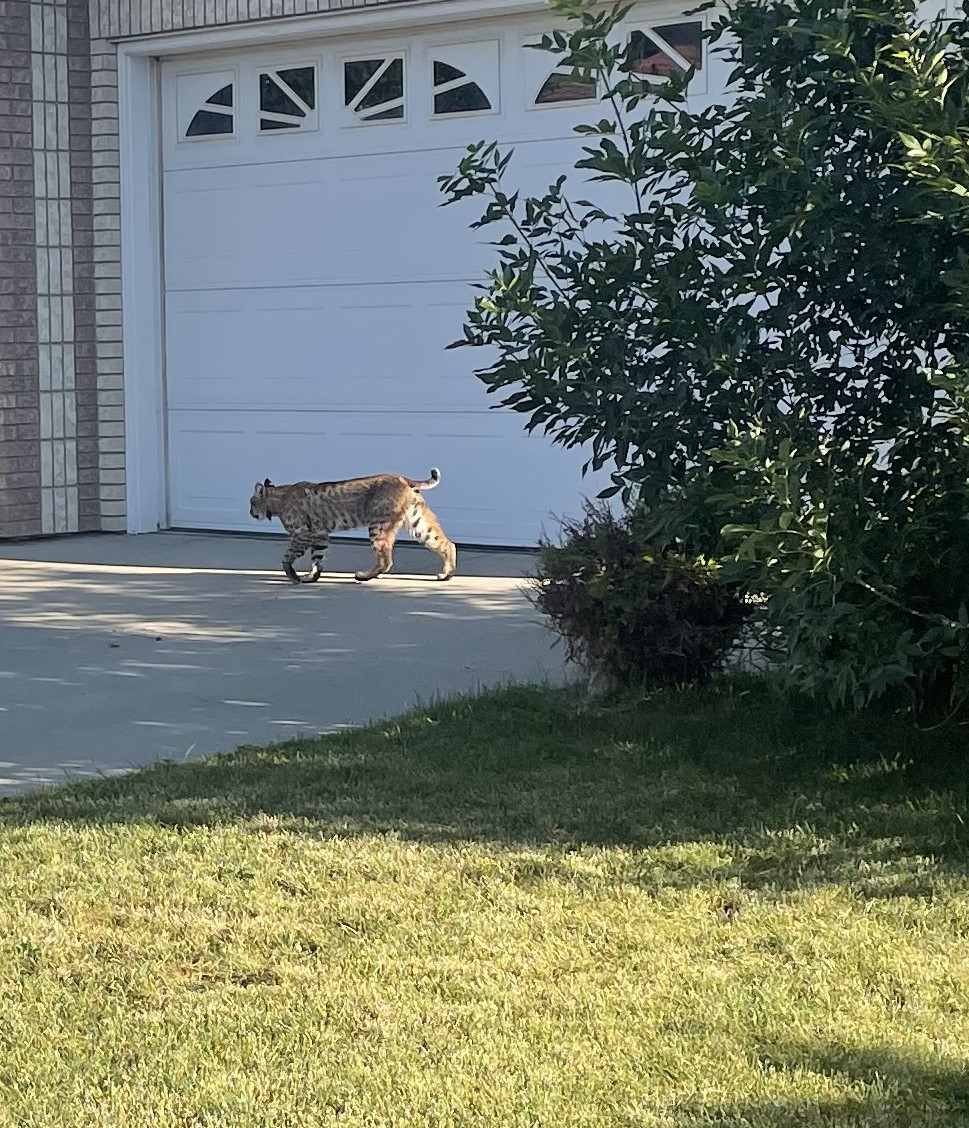 We could use a few more predators like that around here. Silent Bob would make a quick meal of the neighbor’s probably illegal chickens and definitely illegal rooster, who give “free range” a whole new meaning by hopping the fence and making a mess in my yard with some regularity.

Yes Bob is a productive counter balancing force in nature. I am told he and his family have made a home in the neighbourhood golf course.

Beats the coyotes that use to roam the neighbourhood - habitulized and go after dogs even with leashed owner on end - seem to have moved out when Silent Bob and buddies showed up. Apparently last year thee of them had been seen wandering around as a family group - what happens after bunny presents cease being cute and are let lose.