I’m interested in purchasing this rose for garden enjoyment and perhaps a possible inclusion in a breeding program ( one day far off- I’m slowly building my number of roses first)- but I was wondering before I commit myself to ordering one for the spring; is rose even suitable for hybridization? I’ve noticed that extreme petal counts kinda hinder pollen, etc, does Ispahan produce any pollen at all? Does it set hips if hand pollinated? I’d just like to know.

I assume that you meant the Damask rose ‘Ispahan’ at that time. In this case, I have noticed and observed over several years, that the seeds of the developed hips have never germinated so far. Even embryo culture as a seed test yielded without exception infected embryos. ‘Ispahan’ produces pollen indeed, but it did not succeed on different mother roses. I still do not give up. This year there again are some seeds in stratification. I will report, if anything should change in my observation.

For me Ispahan has never set hips. It most certainly does not self-pollinate. I’ve assumed it to be sterile both as seed and pollen parent. But maybe I’ve assumed wrong.

But it is one of the finest damasks. Great damask smell and if left unpruned with the right support it climbs up 3 meters high. Maybe more.

I know that we’ve talked about its virtues in other posts, but I’ll add one more good quality to the list–Ispahan is probably the most disease-resistant of the damask roses in climates like mine, with long, hot, humid summers. Its only competition in that regard is possibly Bella Donna, which might be more of a centifolia and is more of a survivor than a truly disease-resistant variety, but it’s hard to really draw a hard line between those classes (not that Ispahan seems at all typical for a damask, either; it might even be some sort of hybrid China). Whatever the actual background, it’s worth any attempt to use in breeding.

Oh my… It seems the moment I come to conclusions faith has to kick me in the balls and prove me wrong.

This year I intentionally didn’t prune my Ispahan hoping I would maybe find a hip. But after checking a few months ago, every flower was dried up. Now the leaves have fallen and I’ve found one! And it has one big seed.

The flower itself hung very close to Mme. Isaac Perreire and a little bit further from Léontine Gervais and Tuscany Superb. They all produce much pollen. I’ve also found Mme. Isaac Pereire to match very well with the diploid Schneezwerg. Which surprised me (4 hips from 4 pollinations and about 13 seeds per hip).

I was quite certain Ispahan didn’t produce stamens or maybe very little. It could be self-pollinated. It would be one flower that got pollinated somehow with matching pollen, this of about 250 flowers I had this year on my Ispahan bushes.

I’ll stratify the seed and there is a minuscule tiny chance it would give a seedling. Next year I’ll brush every Ispahan flower with every left over pollen I have. 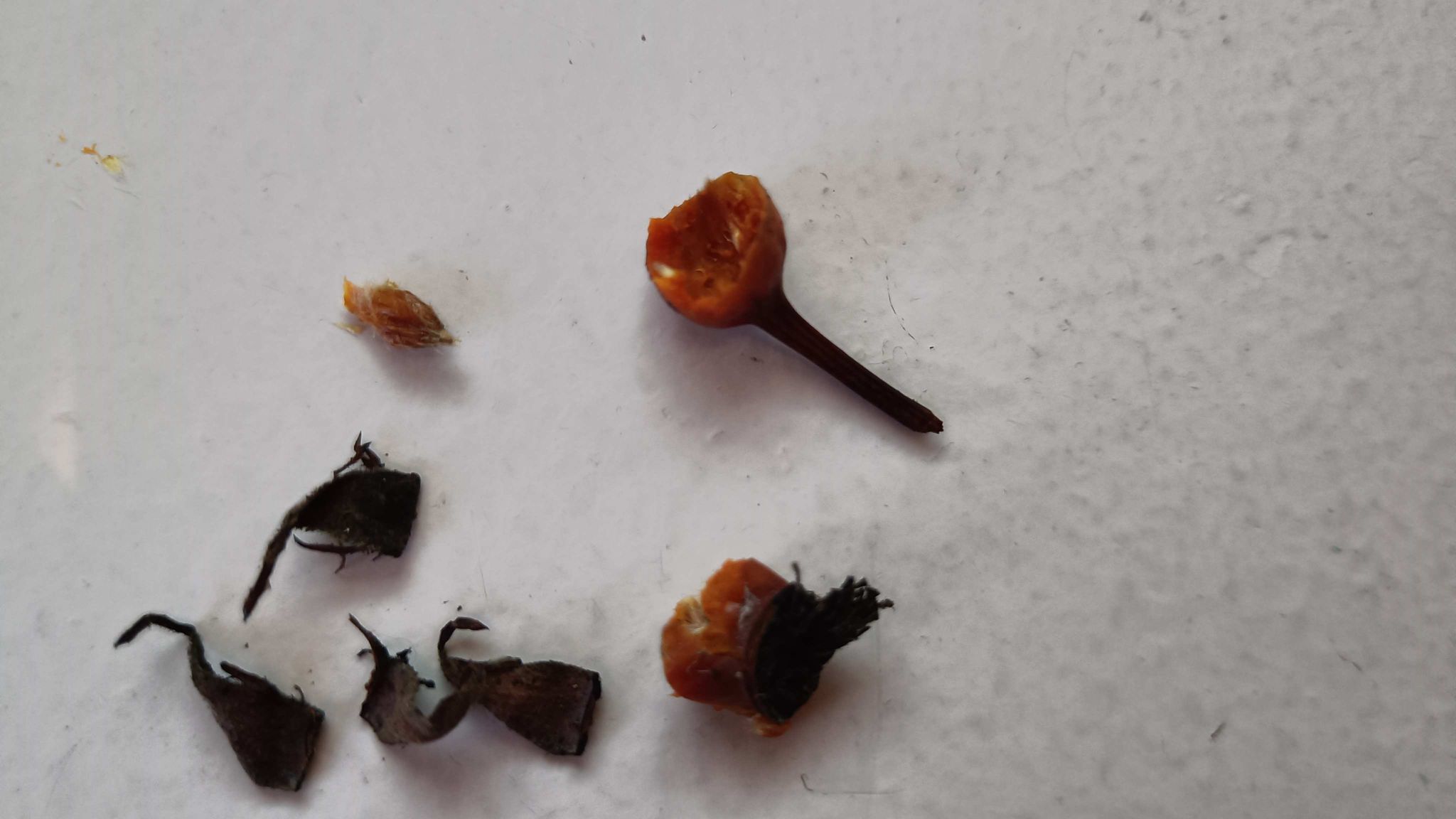 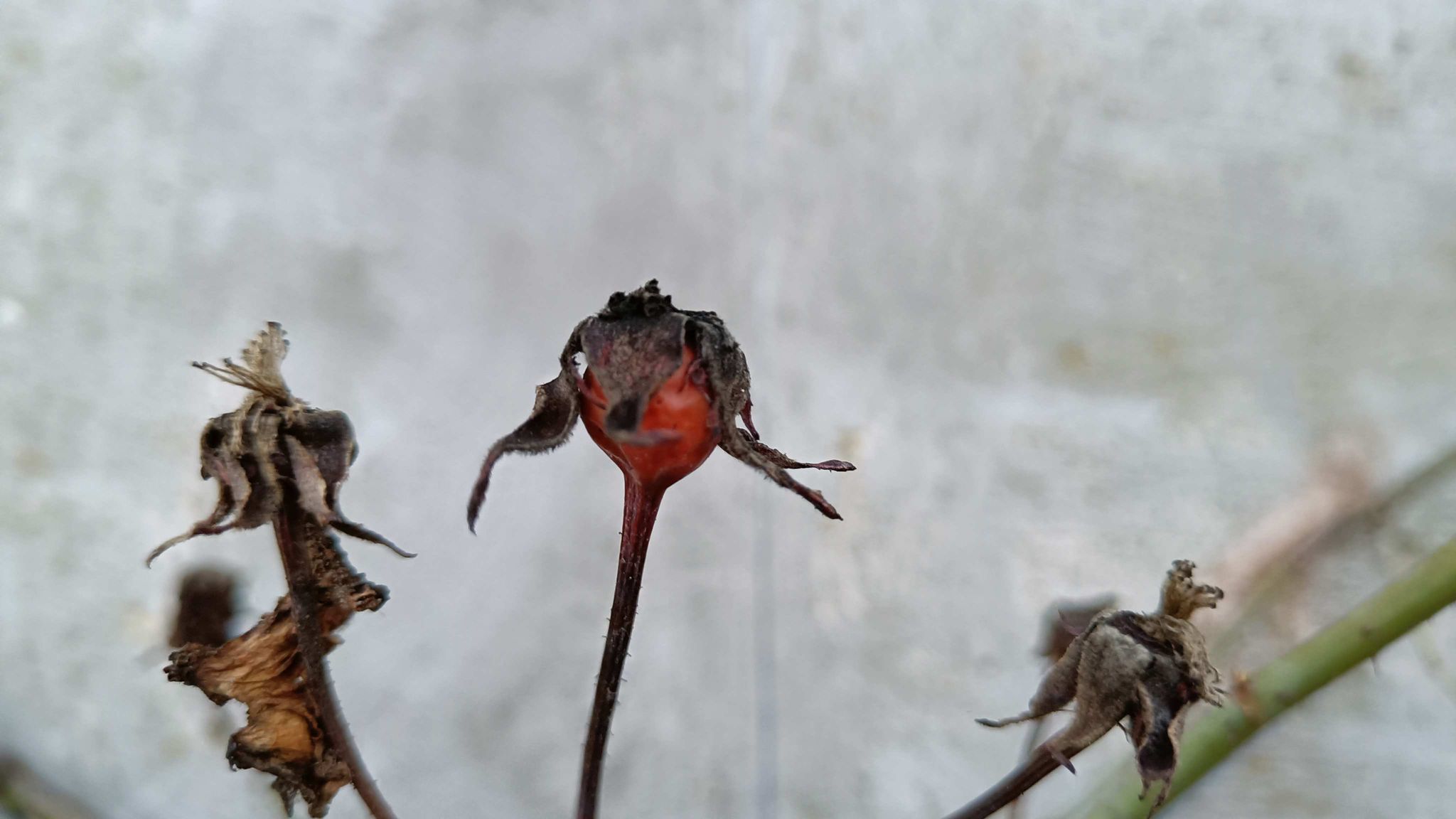 This is really encouraging–thanks for posting! Maybe the pollen I used just wasn’t a good match, or it just takes more attempts than some other roses. I rather doubt that your seed would have arisen from self-pollination unless it managed to produce a freak flower with drastically fewer petals than normal.

Don’t get in your head too much about a lone seed germinating, though. I’ve succeeded in getting seedlings from single seeds produced after pollinating until I was practically blue in the face. A little hope can be a dangerous thing, but after seeing this, I’m going to give Ispahan another shot next year. Maybe I should invest in a groin cup first…

Pollinating Ispahan shouldn’t be that much of a hassle, because it probably never self pollinates. You shouldn’t really have to prepare the flower I think. Just take a stem with flowers label it and pollinate all the flowers directly. You can still enjoy the flowers. You could pollinate the whole bush with a few types of pollen without hardly any work.
You should have at least a few hips. That’s what I’ll try next year.

I agree–I only meant that the anthers are completely buried in those tightly packed petals, which pretty much eliminates the possibility of self-pollination. The stigmas are pretty accessible, and I didn’t have to destroy any blossoms, but apparently they didn’t want to accept the pollen that I was using in 2021 (it was otherwise pretty fertile, and worked well on most other roses, except for picky ones like Schneezwerg). Unfortunately, I didn’t bother to try pollinating Ispahan this past season.