I cannot get over how much this seedling has changed from the first bloom to this now second bloom. I thought I would share this with you. 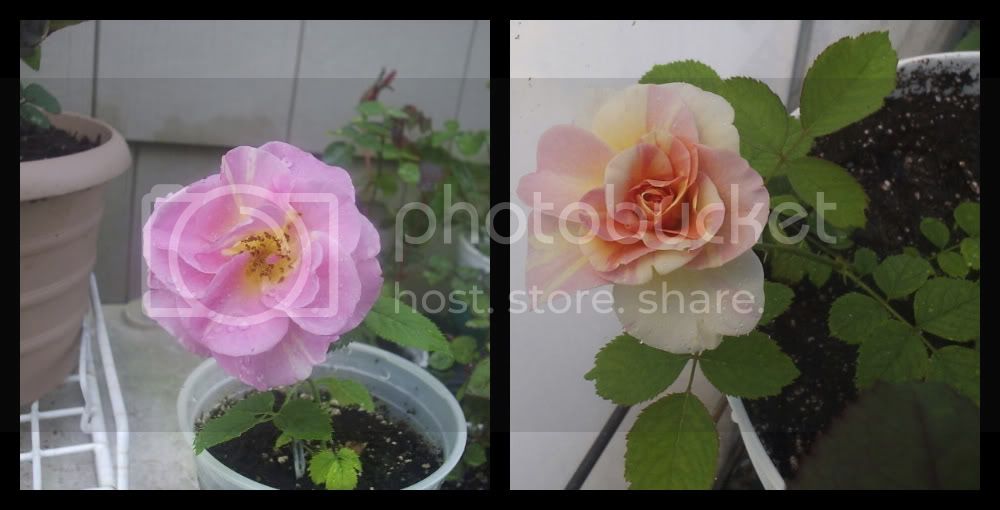 And what an attractive change it is–Very nice.

And what an attractive change it is–Very nice.

It is a great looking seedling…the transformation in color is astonishing!

How old it the seedling now?

What is the cross?

Was it just time that made the differnece here, or do you think any other factors also played a role to induce this change?

Thanks so much Jackie and George.

George, this seedling is only about 4 months old now. The bloom on the left was the first bloom and the one on the right is the second bloom, two months apart. These are the only blooms that I got so far from this plant. The cross is Neptune X Rainbow Niagara X Pope John Paul II.

I know seedling blooms change with time but this is quite a change and I was beginning to think I had two different plants in one pot…I’ve done that before, LOL. I believe the only other factor that may have played a role in the change could be that the first bloom on left did not get any fertilizer at all, just plain potting mix (Pro Mix). The one on the right did get Rosetone and Miracle Gro for roses. This is a very weak plant, not growing much at all so I thought I would beef it up a bit with some extra fertilizer and this might be the reason. I just don’t know but I will post more pictures when it blooms again.

Again thanks for the compliments.

Yeah, I wonder what it could look like in 1 year from now!

I can see a faint stripe or two on one of the petals in the first picture but they ARE totally different though I think much improved IMHO. Wondering if changes in temp and the amount of light could make a difference. I often recall Double Delight which is normally a white with red edges. I have also seen it solid red and solid white depending on the weather when it was opening. Lovely though Jeanie.

Thank you James. Yes it most certainly could be the temps and light also that made the change, I didn’t think of that…thanks.

Hi George, seedlings change so much from one year to the next, so it is a good idea to hold on to them as long as you can. I just hope I can get this one through the winter …along with 50 others.

I don’t think I ever had this problem,… but I’m really not complaining…LOL.

Thanks for the information…will do!

Wow, the change is very striking!

Let us know how it progresses…