Title: “H.R. 2943 To prohibit the Department of Agriculture from obligating or expending any funds for grants awarded for research on the prevention of rose rosette disease, and for other purposes.”

Actions on H.R.2943 - 114th Congress (2015-2016): To prohibit the Department of Agriculture from obligating or expending any funds for grants awarded for research on the prevention of rose rosette disease, and for other purposes.

I wonder who’s pushing for this? Fortunately, it looks like it has a lot of hurdles ahead. Thanks!

Wow, this is embarrassing for this representative, even though he likely doesn’t realize it. The USDA and panel of credible scientists serving as reviewers had a well constructed rubric for how to prioritize federal funding that takes into account many important criteria (economic and other impacts, threats, benefits, etc.). The grant successfully went through the system and was prioritized and funded. The economic benefits to preserve the rose industry from this threat versus the costs involved for the research is obvious in the grant justifying research for this significant threat. This disease has been characterized in the US and spreading in recent years very dramatically, which should also help justify research especially before the possibility of us spreading it to other areas in the world.

I tried to go on this congressman’s website and email him, but he only accepts emails from people within his district, even though he is proposing legislation that impacts everyone. I called and left a message for him, but suspect he won’t care. He looks like he may just be interested in finding some topic he can twist into sounding like wasteful spending / governmental disconnectedness with people’s needs to benefit himself as some sort of heroic politician protecting us from fraud.

If he was like most other politicians he would be thankful in his state there is a significant bareroot rose industry and he would want to support things that help his regional businesses stay strong and viable so there is more wealth in his district to potentially support him and he can showcase and try to take credit for.

His opposition is ostensibly ideological but I smell a political ‘chip’ being created, enforced or cashed.

“This week I introduced my latest Shrink our Spending bill, which would save taxpayers a whopping $4.6 million on a grant through the National Institute of Food and Agriculture (NIFA) that funds research into Rose Rosette Disease, a mite that affects landscape roses. The U.S. rose industry draws a healthy $400 million annually, so I’m sure they can find the funds to cover this program’s annual price tag without too much difficulty.”

He has a point about the $400 million industry not spending their own money, though. It had dire consequences for the industry as it existed in the 20th century. Someone should point him to the recent bankruptcies and industry consolidation that has shrunk the retail rose industry to two national players with one of them being a mail order remainder bin.

There is no reason why everyone who reads this and cares, either way, should not log into this site and vote ones’ interests. Did this yesterday along with a few others. $4.6 million is smaller than a drop in the bucket by governmental standards, but it sounds like a big thing to small minded constituents.

$4.6 million is nothing compared to the $610.7 billion added to the deficit by the eleven permanent tax cuts passed by this Congress so far.

In addition to the general economic concerns of the possibility of extensive damage to a whole commercial industry, I feel that funding University research on this problem could have the following benefits: 1) Ever blooming roses are one of the few plants that provide pollen for our natural pollinators all season. 2) There is the very real possibility of host transfer to related plants that are important agricultural plants. 3) This grant money is going to university based researchers who have established themselves as some of the top university plant virus researchers and have productive graduate programs. I feel it is important for the U.S. to maintain a continual supply of well trained plant virus scientists in order to be in a position to maximize food productivity in the future.

Rose rosette disease is one of the viruses in the new genus called the emaravirus genus.
See: 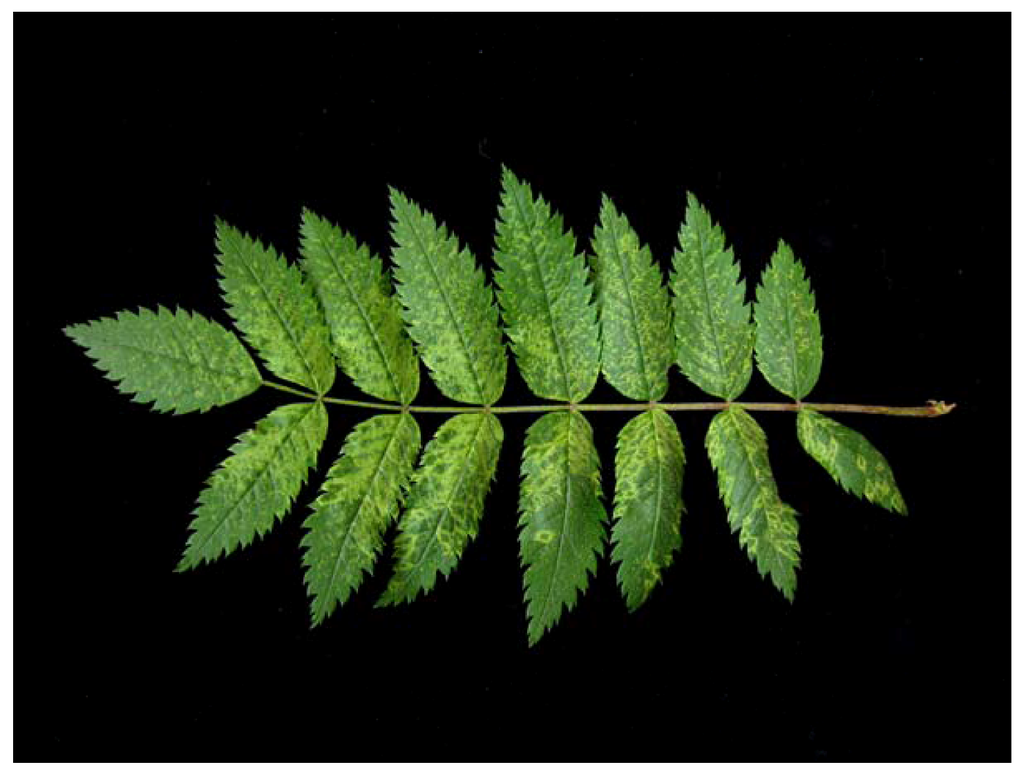 As indicated in the above paper knowledge obtained about a single virus in a genus is normally/often of use in understanding the behavior of the other viruses in the genus.

A full Google Scholar search with the keyword emaravirus is given below:
http://scholar.google.com/scholar?q=emaravirus&hl=en&as_sdt=0,36

Dear all,
I have forwarded the information onward to those involved in the Rose Rosette grant so this is being looked into from several perspectives. I did receive the following email which might put things in perspective.

On one hand, it is doubtful that this bill will find a path forward. In its proper light, it should be seen as a “protest bill” by one conservative member who seems to think that a federal research investment in this subject matter area is frivolous. I suspect it got on his radar screen as a result of Arizona’s US Senator, Jeff Flake, who annually rails against projects he deems a waste of taxpayer funds. Agricultural research projects are often on his hit list.

As you all well know, this project went through a rigorous scientist and stakeholder review, and surely USDA appreciates the fact that in addition to being the national flower, roses are a specialty crop with an estimated farm gate value in excess of $200 million annually.

In a parallel universe, we’ve been working with our colleagues in Missouri to push back against two bills introduced by Rep. Vicky Hartzler (R-MO). One would prohibit the use of federal highway moneys for “beautification.” It’s called the Roads Not Roses act. (Good grief!). The other would completely eliminate the Transportation Alternatives Program, which has provided funding for green infrastructure and other useful transportation project-related investments. I’m attaching a letter that the Missouri Landscape & Nursery Association sent to Hartzler as part of our coordinated effort. Note the classy reference to how the rose became the national flower. Ronald Reagan, who is probably the personal hero of both Rep. Hartzler and Rep. Salmon, made it happen!

I would defer to others, but it seems that the highly engaged and passionate group of folks we know and love as “rosarians” might want to push back against these elected officials for their misguided efforts. For our part, I’m going to check in with our colleagues in Arizona to see if a bit of remedial education could be done. Can’t hurt, might help. Meanwhile, we should be alert but this is likely a threat that can be avoided in the near term.