Hi, Karl - I have photos of the FDH behavior I mentioned some time ago, but they’re too large to load on the Forum. I can send them to an email address, if you’re still interested. I’ve tried what little I know how to do to get them on this site. Sorry.

Kevin, if you can resize your images to 300 dpi or smaller, they should upload here easily.

Thank you, Kim. I sent the photos from my phone to my PC and managed to upload one. I couldn’t duplicate whatever I did, but I’ll try to upload the other photos later. In a hedge of 50 FDH that I planted nearly 20 years ago with plants from four different sources, this darker-flowered, larger-leaved form has appeared in three locations from basal breaks which seem to more vigorous than FDH. There’s also a typical rugosa-pink in another instance from a runner. The darker plant looks, to my eye, like renderings I’ve seen of R. rugosa regeliana. This all makes me wonder about the origins of FDH. Could it have been a sport? 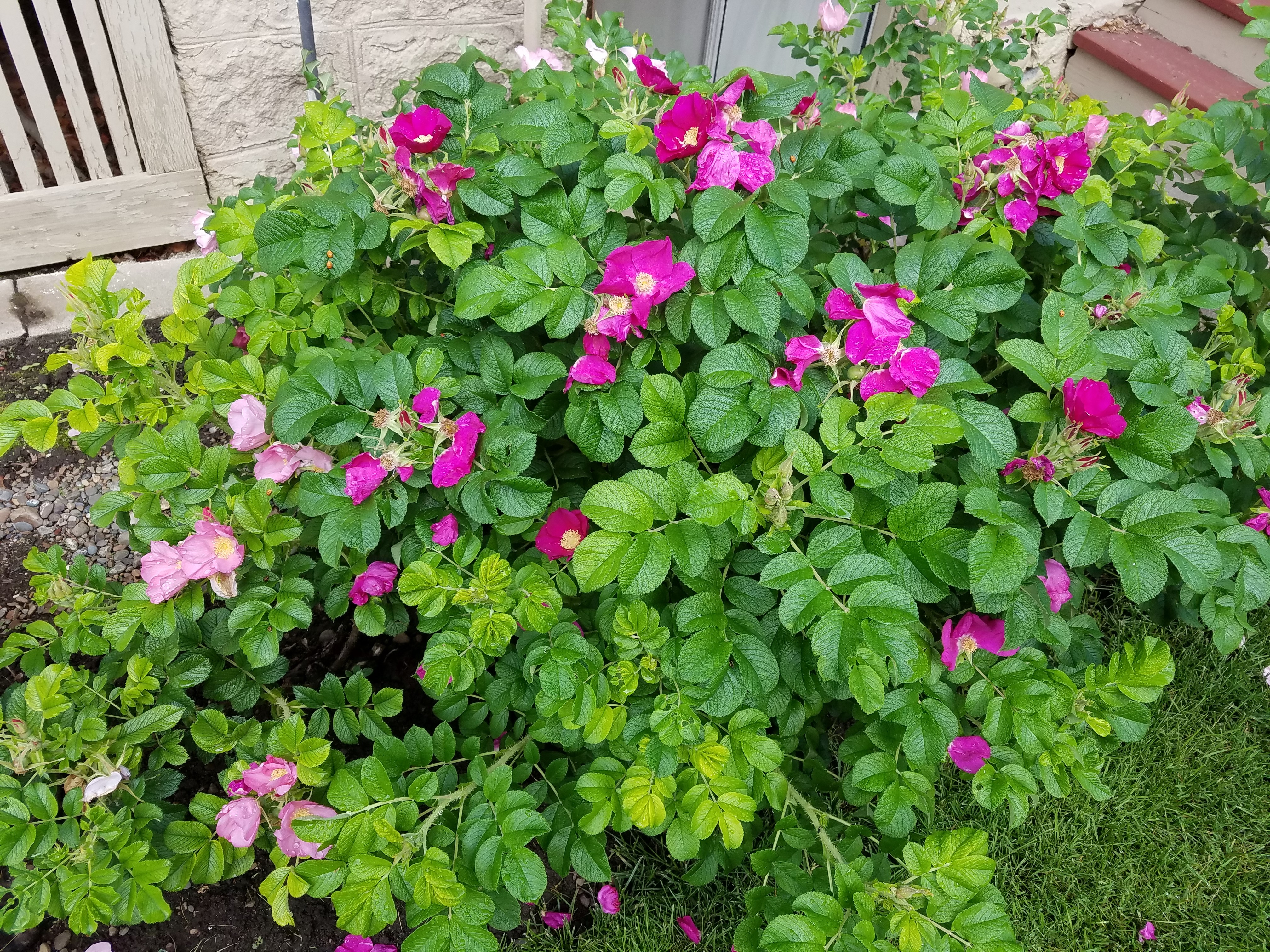 Kevin I have numerous FDH seedlings which I treated with Trifluralin that look exactly like your dark leafed version. I find these very useful when crossing them with modern roses

Have you considered that the darker and larger leafed portions along with the deeper colored flowers might all be stemming from a systemic uneven uptake of nutrients which could also be causing the lighter colored, smaller leafed portions just to be an outward symptom of a nutrient deficiency? This might be the case and can be easily checked by applying some organic based balanced fertilizer along with iron and manganese to the well watered plants. Or just on one and compare it to the non treated specimens. If the level of both iron and manganese is low and cannot be taken up by the plant, it will affect chlorophyll production and both the color and size of flower and leaf suffer. Just a thought.