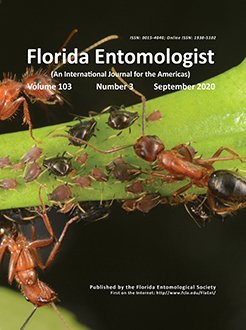 Interesting. I believe that I remember hearing that the vector has already been documented living and reproducing in other parts of the U.S. South where RRD is not known to be naturally transmitted (traditionally regarded as south of Interstate 20), but some as-yet uncertain phenomenon seems to have been preventing natural RRV transmission south of that particular east-west corridor. Understanding what is behind this could potentially be key to solving the whole problem.

From visits with Mark Windham, it sounds like he has a graduate student looking at what may be different. From my understanding, it sounded like the mite was less prolific South of a certain line in Texas and further East and that may be due to a combination of heat and humidity and possible mite pathogens limiting their abundance. Perhaps there are biocontrols that could be identified help was the general thought if I remember right. It may be hard though to spread and use them in other climates if they don’t persist well…

Thanks, David! That sounds a bit like what I had heard, too, although it seemed more speculative to me at the time. It’s good to know that someone is studying the phenomenon, and I hope there will be some published research on the horizon.