I picked a few old black hips from a local spinosissima rose bush (or perhaps rosa altaica), and extracted my first embryos! It surprised me how simple the process was, ‘embryo extraction’ sounded intimidating at first.

There was one large seed per hip. The pericarp of the seeds were very hard after being soaked overnight 8 hours. The ring fibres around the testa were very strong, and held the testa tightly in place. I did not damage only two. Embryos are now in a baggie under light. 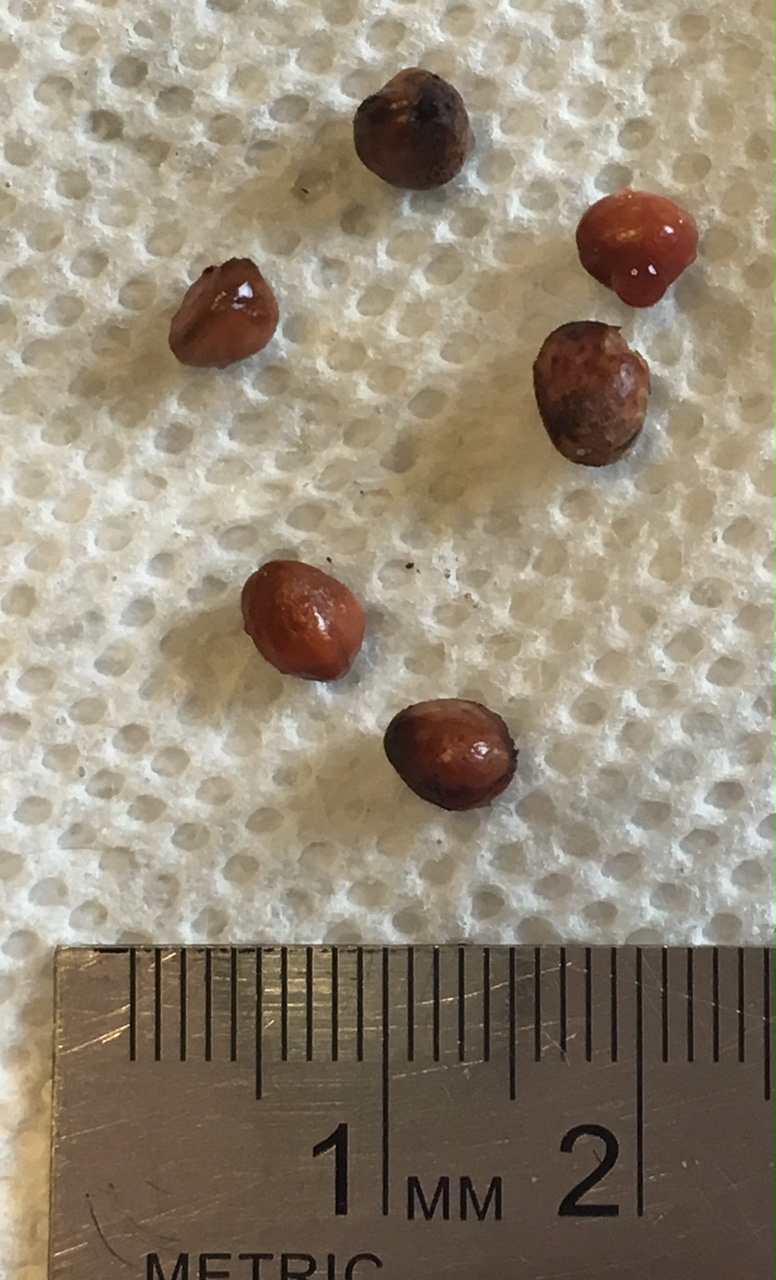 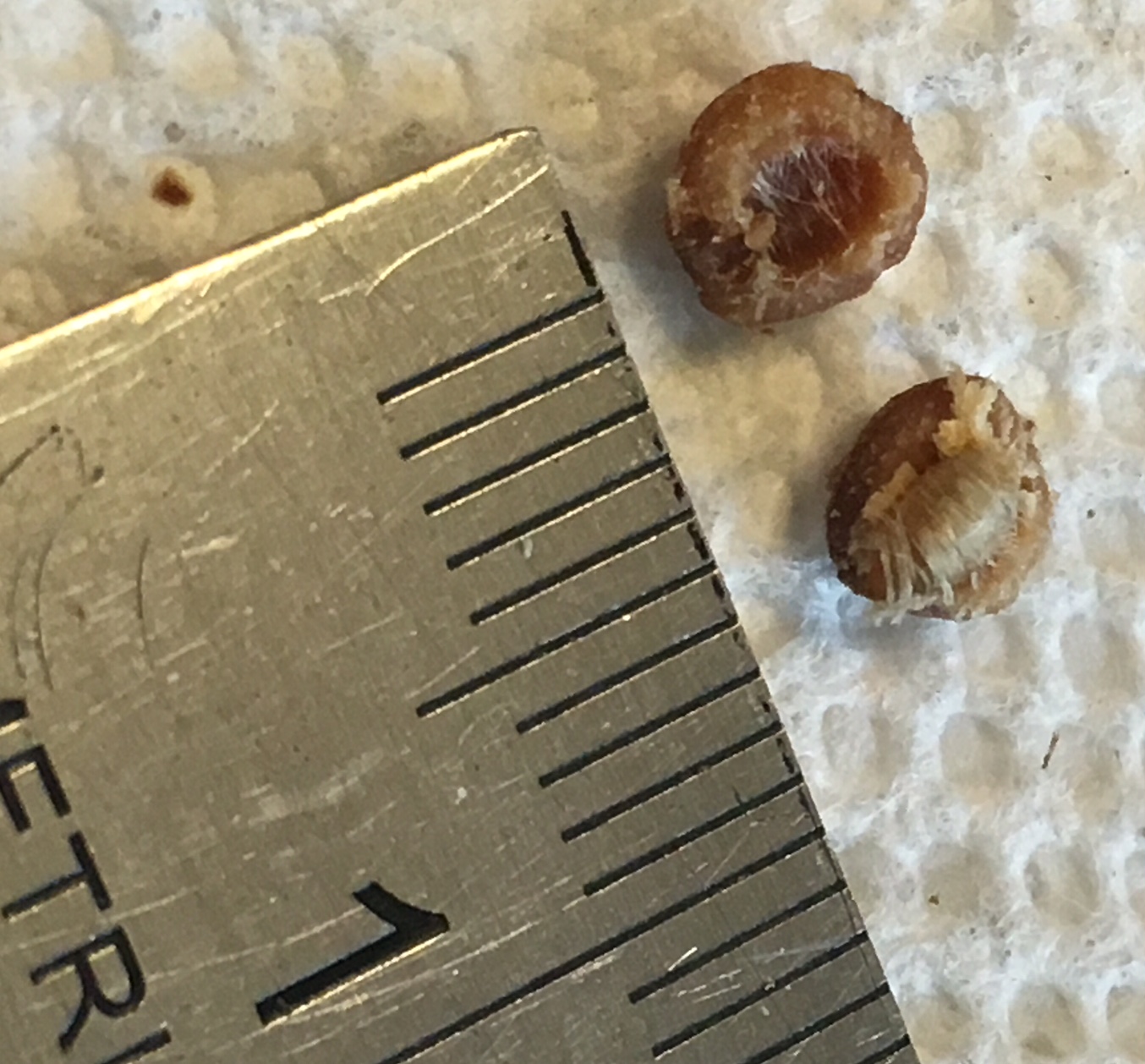 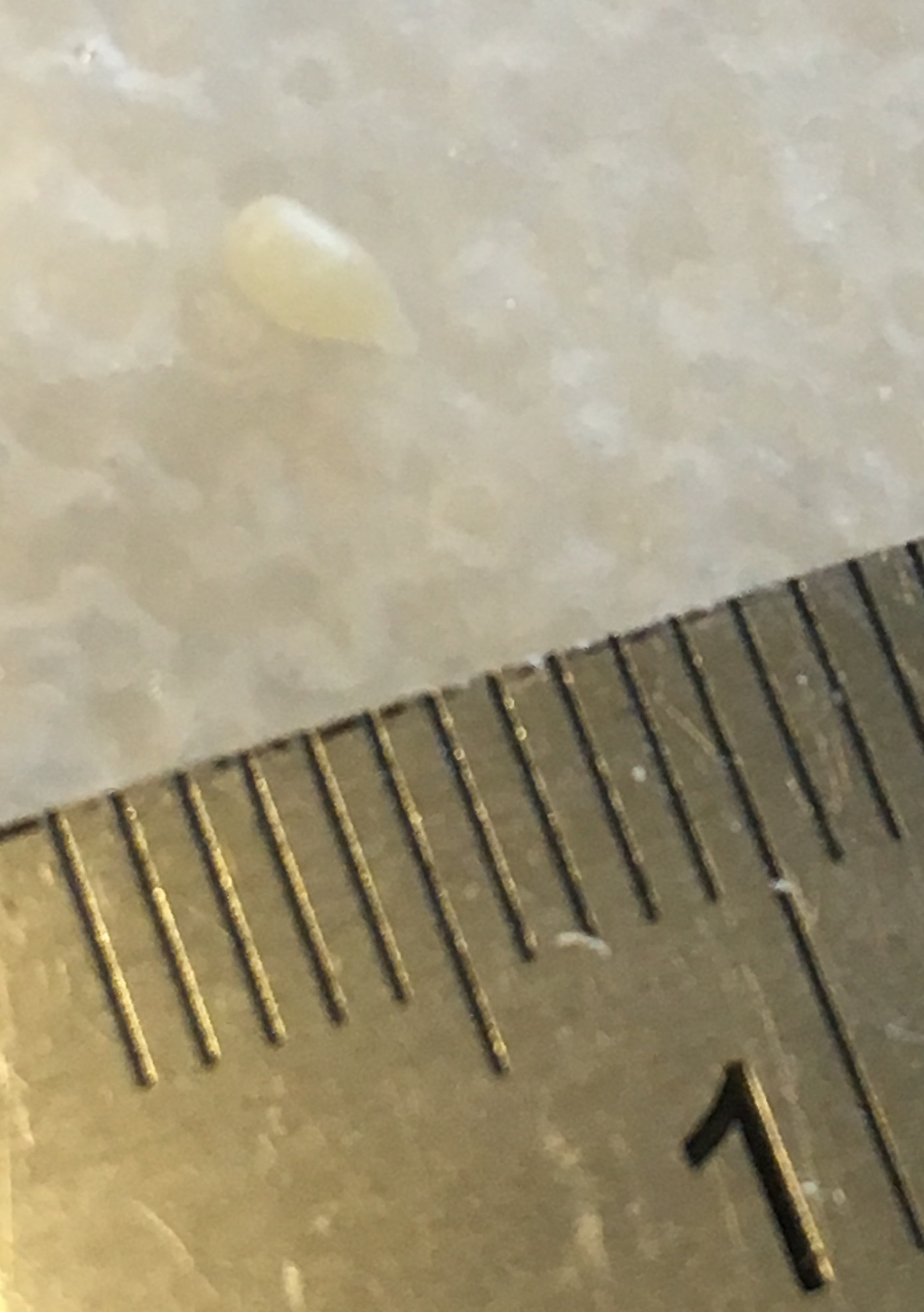 I found the manual from Donald Holeman to be incredibly helpful,
http://rosebreeders.org/embryoculture.pdf, as well as the below YouTube videos:

Wow, thank you Roselynn for the encouragement and collection of links! Congratulations!

I have a rose that I was excited to use as a seed parent that is prematurely aborting pollinated hips. When I’ve opened a couple up there is a developing seed or two in there. I wonder if embryo extraction could be used at this very early stage of seed development to rescue those seeds.

I was already planning to try embryo exctraction this fall, as I have some crosses about which I’m excited but will only produce 1/6th reblooming seedlings at best, and given my relatively poor germ percentages in recent years I envisioned myself extracting embryos all winter. I wasn’t planning to start this early, as I kind of feel like sitting on my butt for a couple of months, but this recent development might spur me to action.

I have another thought that maybe Karl, Henry, Don, or others could weigh in on. There was an article on here about how if seeds were collected immature and sown right away that it could hasten bloom and increase the flowering of the seedlings, especially if done in consecutive generations. If we extract embryos from very immature hips, could this effect take place or even be magnified?

There are almost zero formal publications on use of embryo extraction as a way to get rose seed germination. Von Abrams and Hand used it to verify the fertility of cultivars that resisted ordinary germination, back in the early '50s, or before. Prior to that there was one paper identifying a cultivar produced that way, and a paper telling how to do it. Companies may have used embryo extraction but if so they didn’t talk about any benefit like improving the rapidity of rebloom cycle. As discussed around here it is a 21st century phenomenon, and I’d say largely driven by Don.

A quick google search turned up some reports of embryo rescue in Roses:

Plant genomics and biotechnology have recently made enormous strides, and hold the potential to benefit agriculture, the environment and various other dimensions of the human endeavor. It is no exaggeration to claim that the twenty-first century...

Genetics and Genomics of Rosaceae

This is the first book on Rosaceae genomics. It covers progress in recent genomic research among the Rosaceae, grounding this firmly in the historical context of genetic studies and in the application of genomics technologies for crop development. 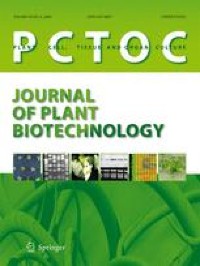 In the past few decades, breeders have faced a lot of problems in rose improvement due to low sexual reproduction and poor germination because of embryo abortion. Immature embryos may be recovered in vitro. An efficient protocol for embryo rescue in... 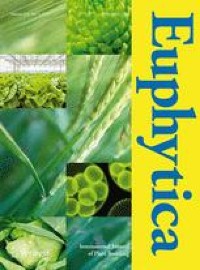 Embryo rescue, for the production of F1 hybrids, in English rose - Euphytica

The ability to recover embryos from achenes resulting from two sexual crosses of English rose varieties was investigated. Functional germination of recovered (rescued) embryos was considerably higher than for seed material when germinated...

Another possibility not often discussed is endosperm rescue. This would involve extracting the endosperm before its contents are sucked into the cotyledons. It does have the advantage (?) of doubling the maternal chromosome contribution. That is, a diploid x tetraploid cross ordinarily yields a triploid embryo, but a tetraploid endosperm.
Karl

i have a rose that is aborting nearly all of its hips after less than a month, which is too bad because I had high hopes for it and made many crosses. The seeds inside are shiny and white but firm. It has been less than a month after pollination. I don’t have the gumption to try and learn embryo extraction on what might be a hopeless case. Could I just soak these seeds in some hydrogen peroxide and hang them up by a light in paper towels just in case they are somehow able to germinate? I’m not really expecting an answer…might try it if I get the gumption.

They are starting to colour! Photo from today.

I’ll have to remember to use distilled or purified water next time, the paper was hydrated with a peroxide solution made with the tap water which is rather alkaline, which I understand can be hard on seedlings. 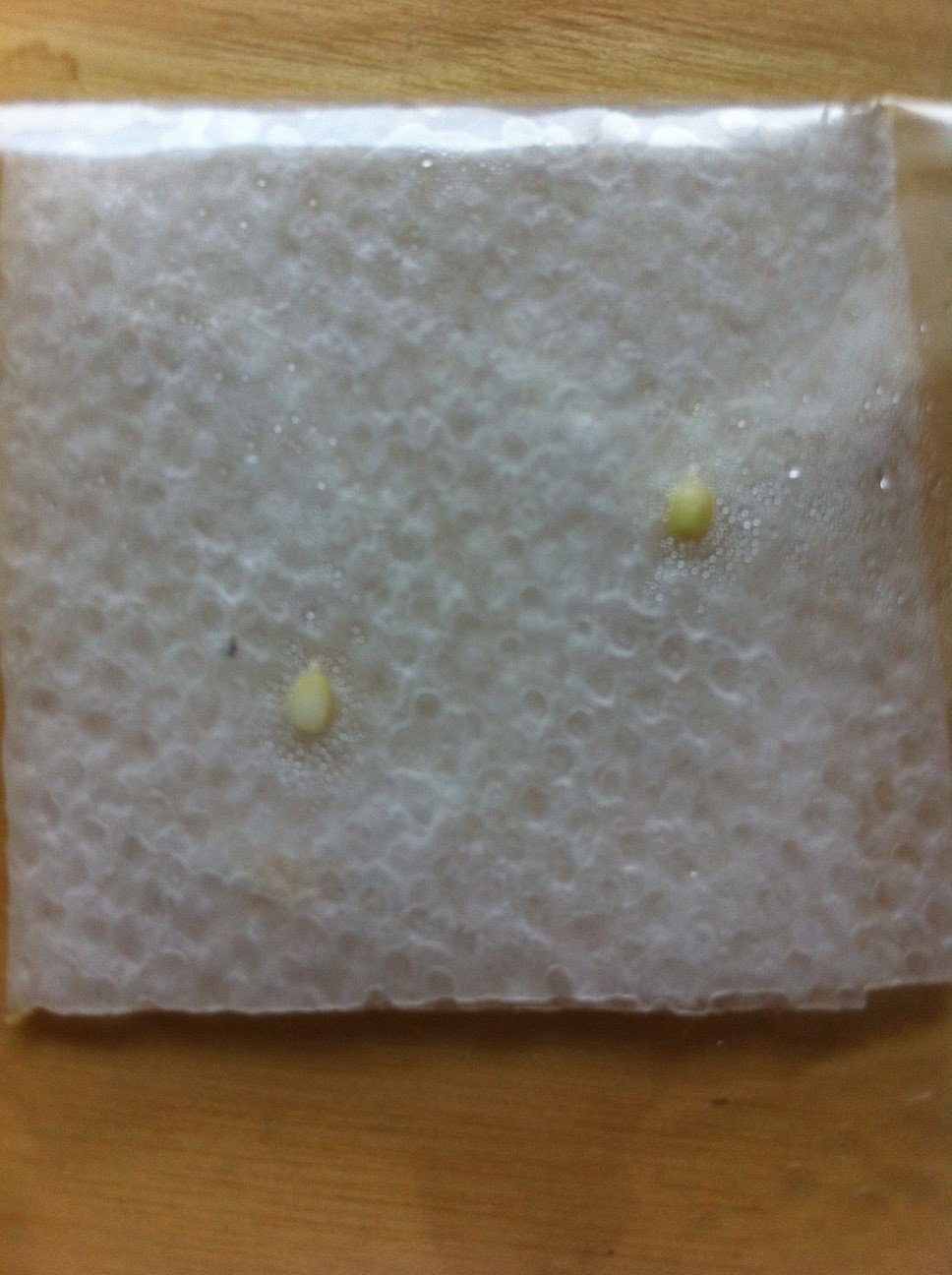 ! You will catch the bug…
I use it on precious seeds that refuse to germinate normally.
Please keep us informed.

My previous attempts failed, so I decided to try again. I’m pleased as roots are starting this time. They are under lights 24/7. It’s getting better with practice, I am only crushing about 1 out of 10 embryos now, where before it was almost all of them!

Instead of starting with clippers I am using needlenose pliers with my left hand to hold the achenes in place and a finely serrated knife in my right to first saw all along the suture line. The achenes is held in place on a rubber eraser for the sawing. Once a line is sawed, I move to clippers. A couple of clips and they open. As they are scotch rose seeds, the pericarps were very hard, keeping them moist in the fridge for about 2-3 months have definitely softened them a little bit. Once it’s cracked open, I use a surgical scalpel to cut the tough fibrous rings and to remove the testa. I may try a hooked needle next time for the testa as I can see I nicked the embryos quite a bit with the scalpel.

I didn’t quite follow all the suggested protocols because these were for practice, but next time will. Attached are photos, ideally they should be spaced out more and all pointed downwards. 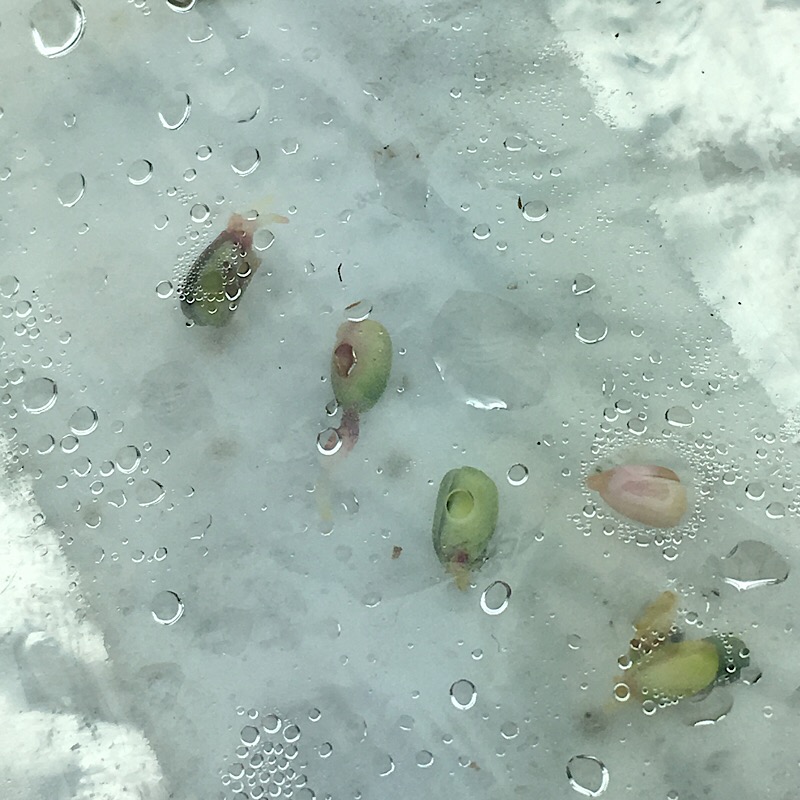 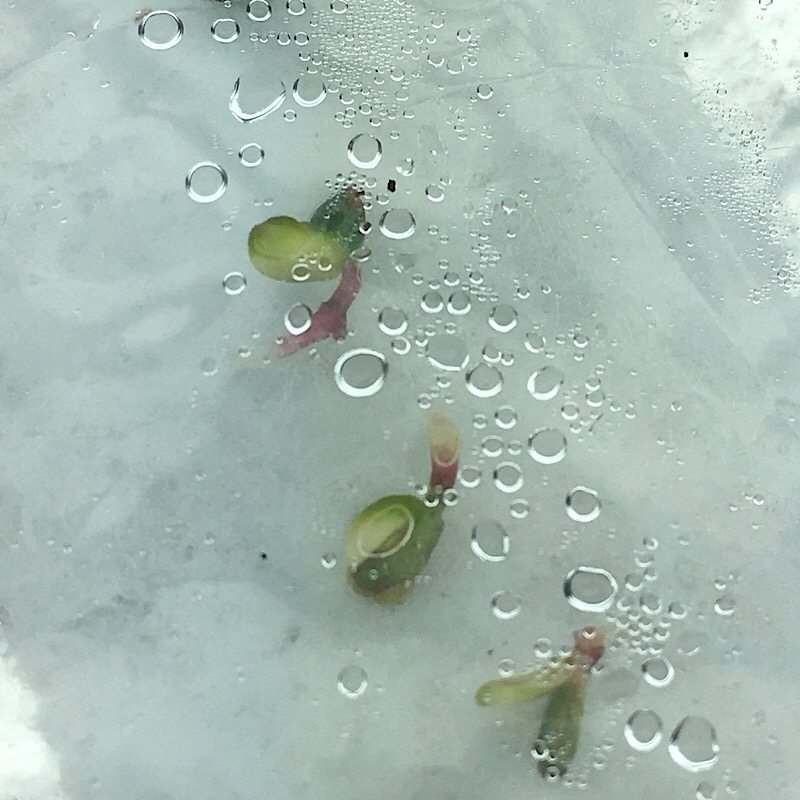 To add, I forgot to rinse out the little bowls I was using for the peroxide solution, next time I will rinse them out first, they were previously washed in the dishwasher and probably had some residual soap on them.

Also, this time I kept the solution very cold by keeping the bowls and any achenes I was not working on a ice pack. I think this helped because I had issues in the past with extracted embryos opening immediately, to the point of them tearing in half on their own.

Also, this time I kept the solution very cold by keeping the bowls and any achenes I was not working on a ice pack. I think this helped because I had issues in the past with extracted embryos opening immediately, to the point of them tearing in half on their own.

Roselynn, this is an excellent idea. Another way is to use a more dilute peroxide solution (say, 100 ppm to 200 ppm) for holding extracted embryos.