Due to some health problems, I am far behind on stratification. I kept hips in the fridge, and finally had time/energy to remove the seeds from hips at the end of December.

These were mostly rugosa/Arkansana/Spinosissima crosses, seed parents being ‘Snow Pavement’, ‘Wasagaming’, ‘Winnipeg Parks’ and arkansana. This was the second year I have tried to do crosses. I had more seeds than anticipated, upwards in the hundreds, if not thousands. They are about to reach 8 weeks warm stratification using peat in baggies.

The growing season is very short here, with outdoor planting not safe until about the end of May, and frost sometimes as early as end of August. I am seeking the most streamlined/efficient way to handle all these seeds, and hopefully have a few plants which survive to next year. In hindsight, I should have frozen some seeds - lesson learned.

These are the scenarios I am considering:

I am most leaning towards #3, has anyone had success with planting seeds directly in the ground?

What methods do you use to save time when it comes to germination, sowing, thinning and culling?

Thank you kindly for any input at all, it is greatly appreciated.

P.S. I tried stratifying in peat this year. I noticed a better distribution of moisture, however there is still some mold growth (mostly on the Winnipeg Parks crosses), while none on others, similar to what I experienced last year with sand. Photos attached. 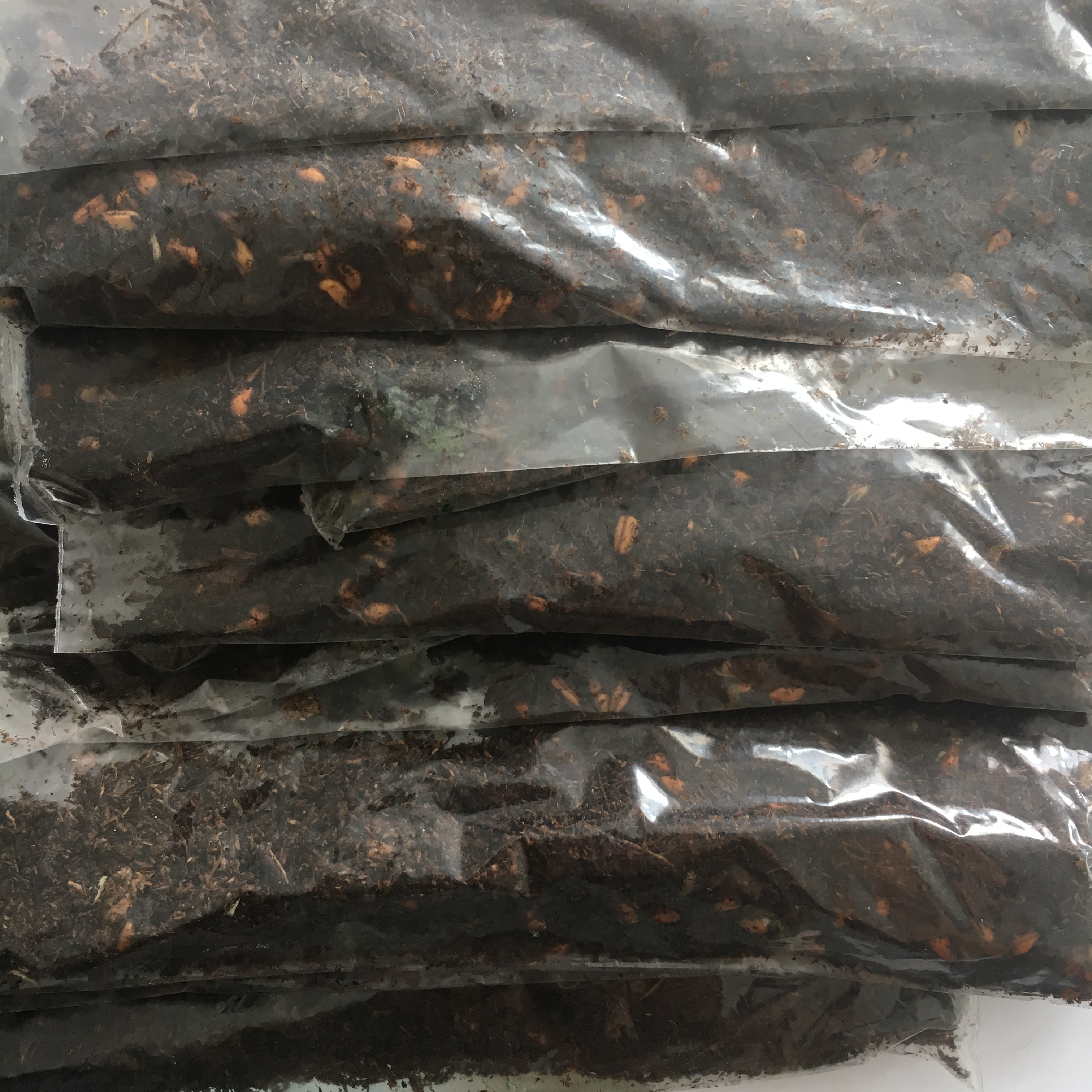 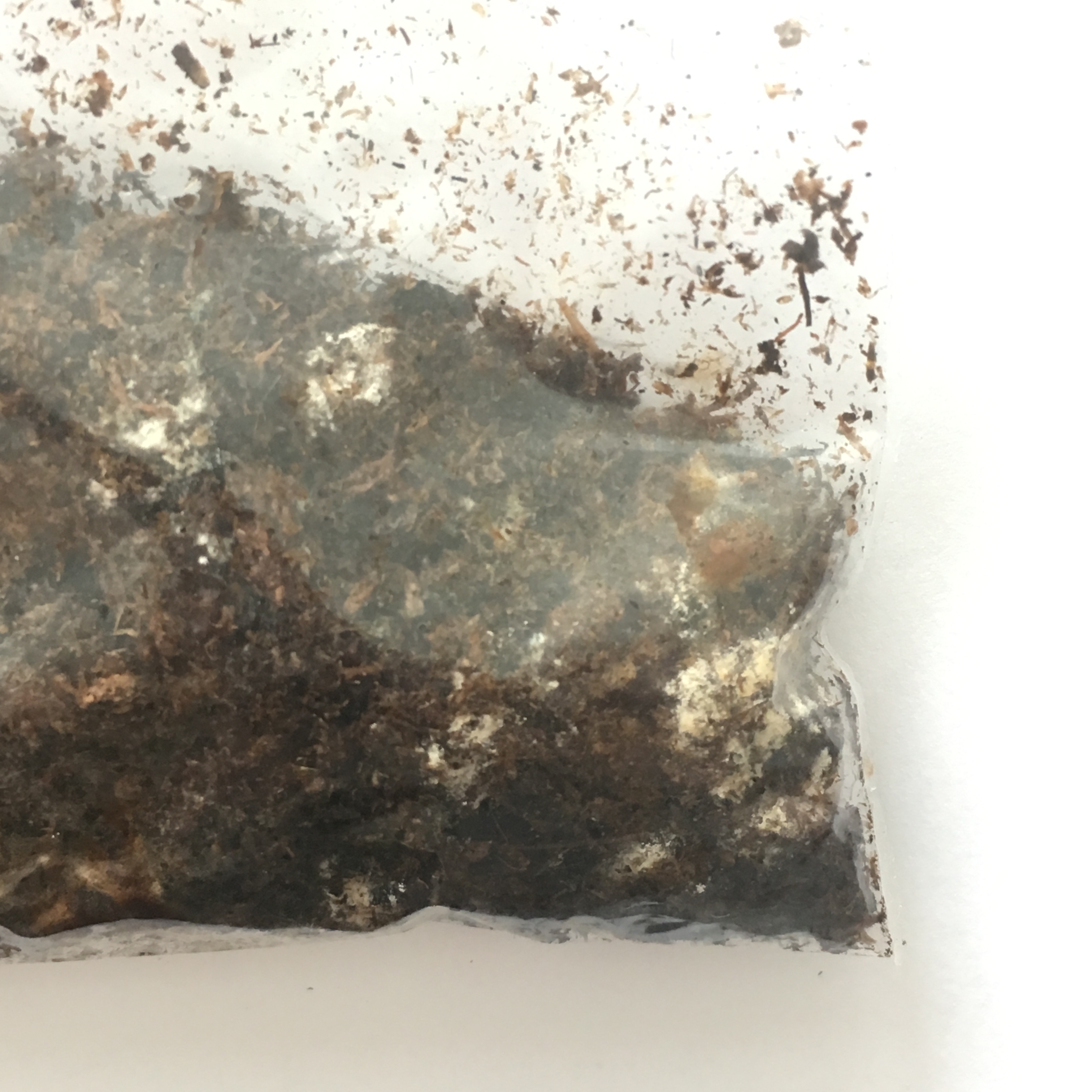 I think any of your methods will work. I would favour 1 or 2. I haven’t had much luck with direct sowing in the ground—it’s hard to weed around them, and if the top 1/4" of your soil dries out it can kill your seedlings. Pots or trays give you better control, and potentially better potting media than the ground.

Good luck. I think you still have plenty of time - don’t be discouraged by those who have had seedlings sprouting for weeks already.

I think you’re on the right track. I’m interested in method #3 because I’ve thought of trying that myself. Keep in mind that one mouse can tear through and eat most of the seeds in one night. I think #3 would be best to try first with large quantities of OP seed, basically lower value seed.

Thank you for the replies. I forgot to think about the issue of weeding and mice. Good thoughts, thank you.

I think your problem is that they are too warm. Roses like to germinate between 45 and 55 degrees F. If I were in your situation I would put them all back in the fridge for a few days, then put them in a fridge or some place you can hold at a temperature in the range oof 50 degrees F and watch for germinations.

That would explain why my germinations typically happen in late March and through April (min daily temp is around 10c/50f). I thought it was the rainy period around that time (possibly helps)

Update, after about 5 months of stratification, I finally sowed the seeds about two weeks ago. Good thing I checked as some were sprouting in the peat baggies.

I decided to spread the seeds out into 4’ pots filled with a mix of 2/3 Pro-Mix BX and 1/3 coarse sand. The peat worked well as it was easy to empty both the peat and seeds into the pots.

I kept the pots in my sunroom, with windows open at night, resulting in fluctuating temperatures between 40F-80F/4C-27C, but usually the suggested 50F/10C at night.

Germination rates for the Snow Pavement and Wasagaming crosses appear to be good. Not so much for Arkansana and Winnipeg Parks crosses (many had white mold).

Now to decide on the plan for the rest of the season.

Today I moved the pots outside, to help harden them and for ease of watering. The problem with this is protecting them from hail. I’m thinking of building a frame with window mesh or wind row covers.

I’m thinking of either planting them directly in the ground, or leaving them in pots then growing under lights in winter due to the late planting. Snow can come as early as late August around here. Sometimes we are lucky and it is warm up to October/November. 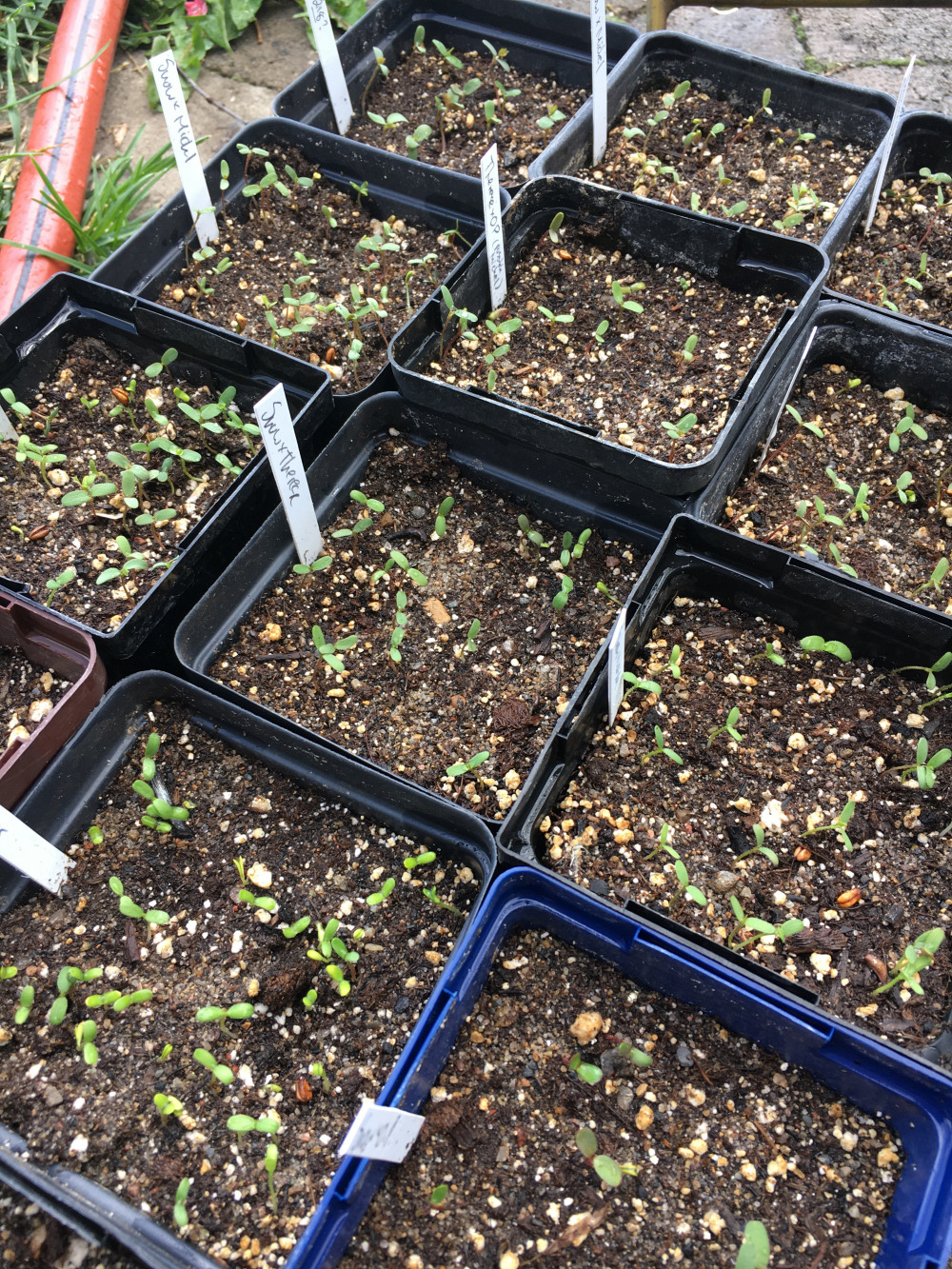 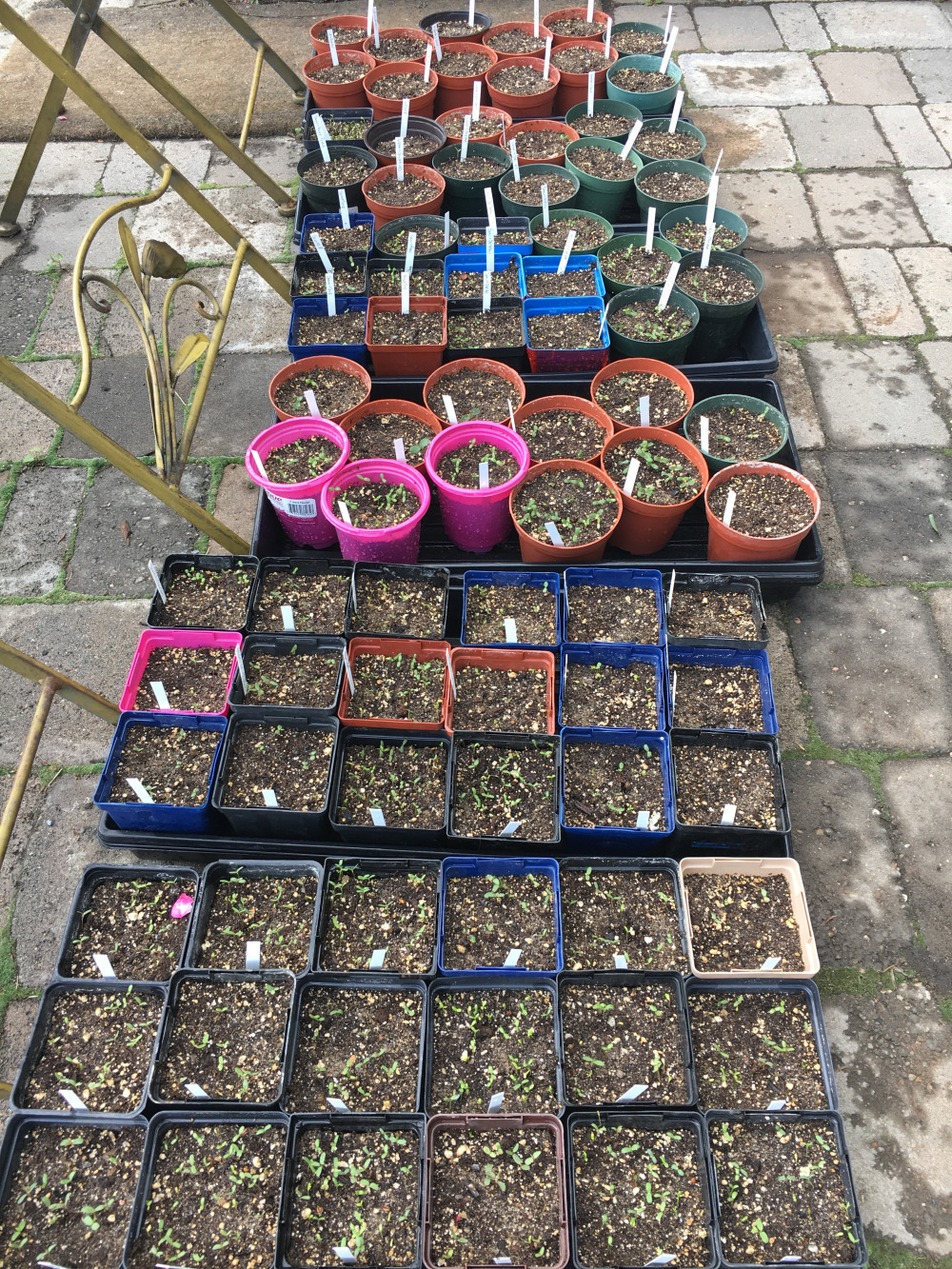