Off Topic-Baking Results under Heat Dome

Pretty slow here l assume due too hot to work in garden. However early morning strolls l find real “Heat” plus heavy thick compositing may work. Haven’t seen these roses bloom for 10-15 years in the gardens - Duchess of Portland, and Agar? 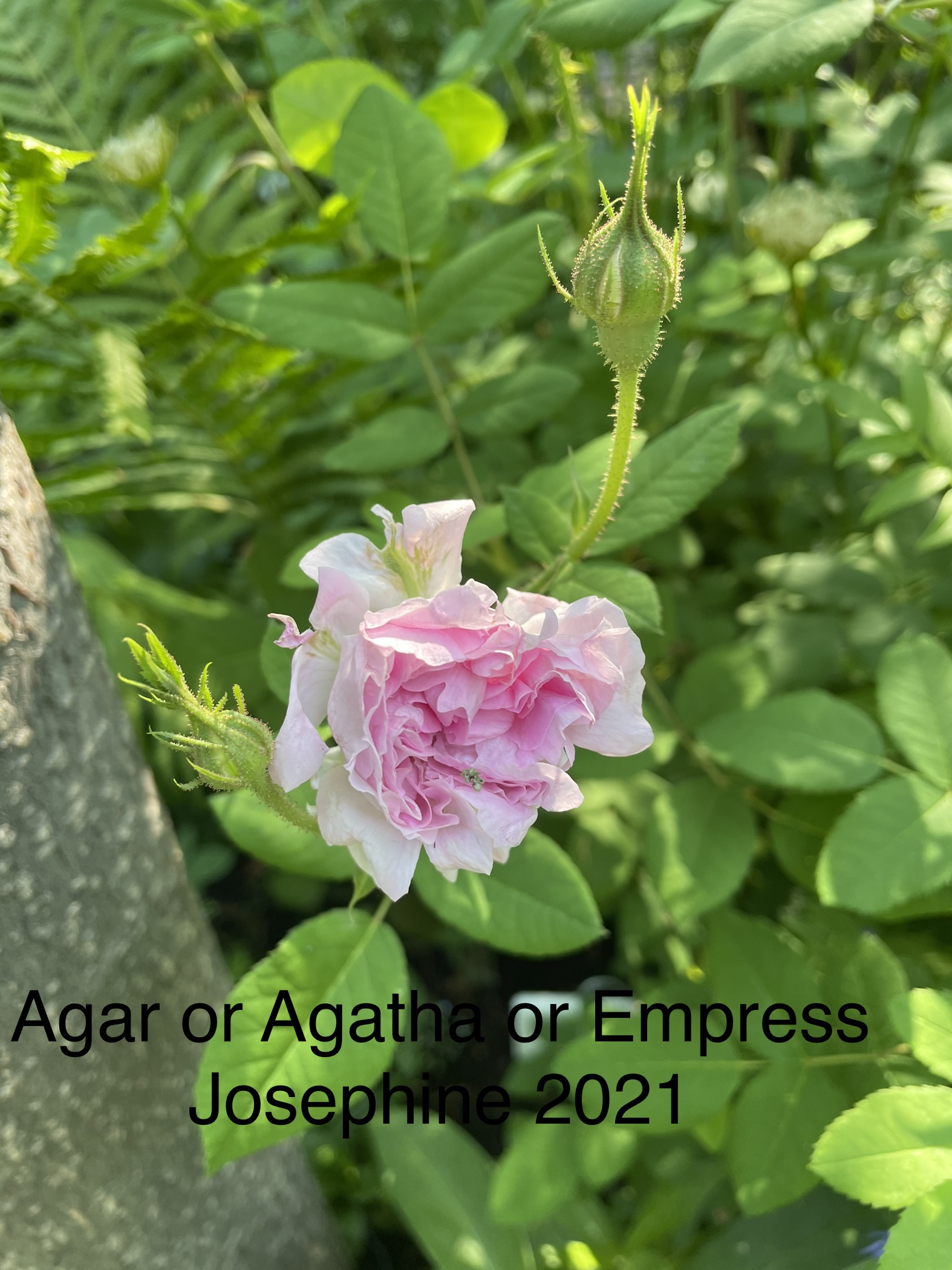 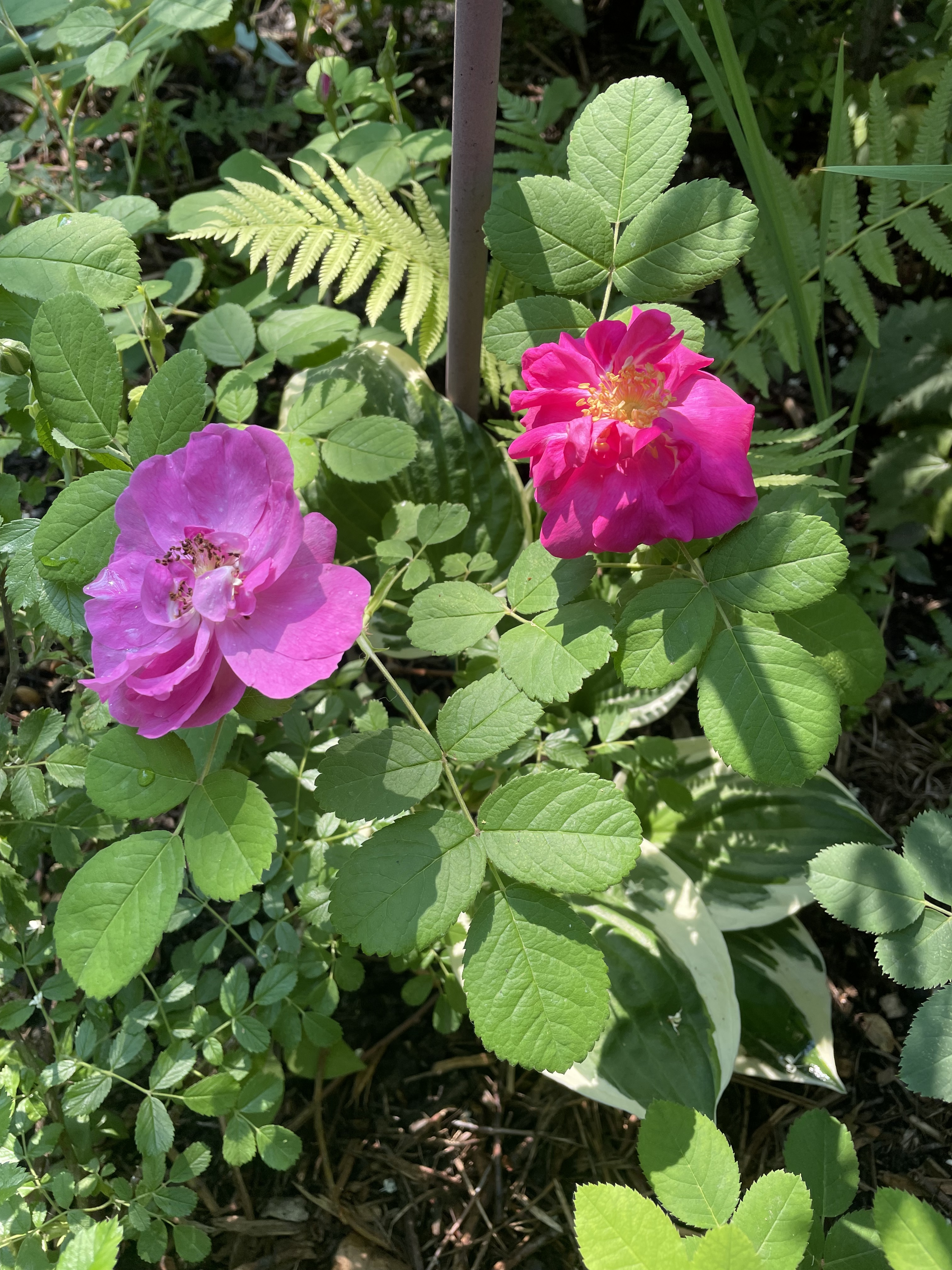 Beautiful pics, glad they bloomed! I noticed on the picture it said Agar or Agatha or Empress Josephine… Have you tried working with Empress Josephine? Any results? Has anyone else?
Thanks!
Duane

Hi Duane
No not tried crossing Empress Josephine with a hardy gallica such Alika, Ruth or Dr Merkeley or Agatha or tenders.

Agatha believed to be derived by some sources from Francofurtuna. And so is Empress.

Agatha and Empress blooms are so similar that only way l tell them apart is Agatha rock hardy hardy allowing canes to 7-9 feet.

Empress fades to ground in some winters even with protection.

Btw my new francofurtuna bloomed this year. So all in the family is here. Intent is to see if its hardy, sets hips and if yes, start with it.

Tried Agatha as a pollen parent with other types because Agatha doesn’t set hips for me. No germination.

As mentioned, Empress Josephine is not hardy though have had some good growth and good blooms (from a confirmed plant) … but putting last years back into second winter soon ( along with all of last years crosses).

The pictured rose can’t be Agatha as its canes are not hardy so it’s either Agar or the Empress (same rose apparently). I included Agar as a possibility as found a label in the area - came as import from Serbia decades ago

This mornings blooms of Agatha, Francofurtuna (building block) and most likely Empress Josephine blooms. The European sourced Francofurtuna is new, and l assume its lack of a more semi double form is age related for now. Large single bloom so far - source is very credible but mistakes happen.

Though another contender “Agatha Incarnata” popped up from sketchy memory recall … I forgot l had two of these “found Gallica - Francofurtuna” crosses from Pickering. One did not survive.

Bloom looks somewhat like it as it is more ordered than Empress and a clear pink.

The named Empress is taking this years bloom off due to winter damage ( 2 yr hiatus so far). 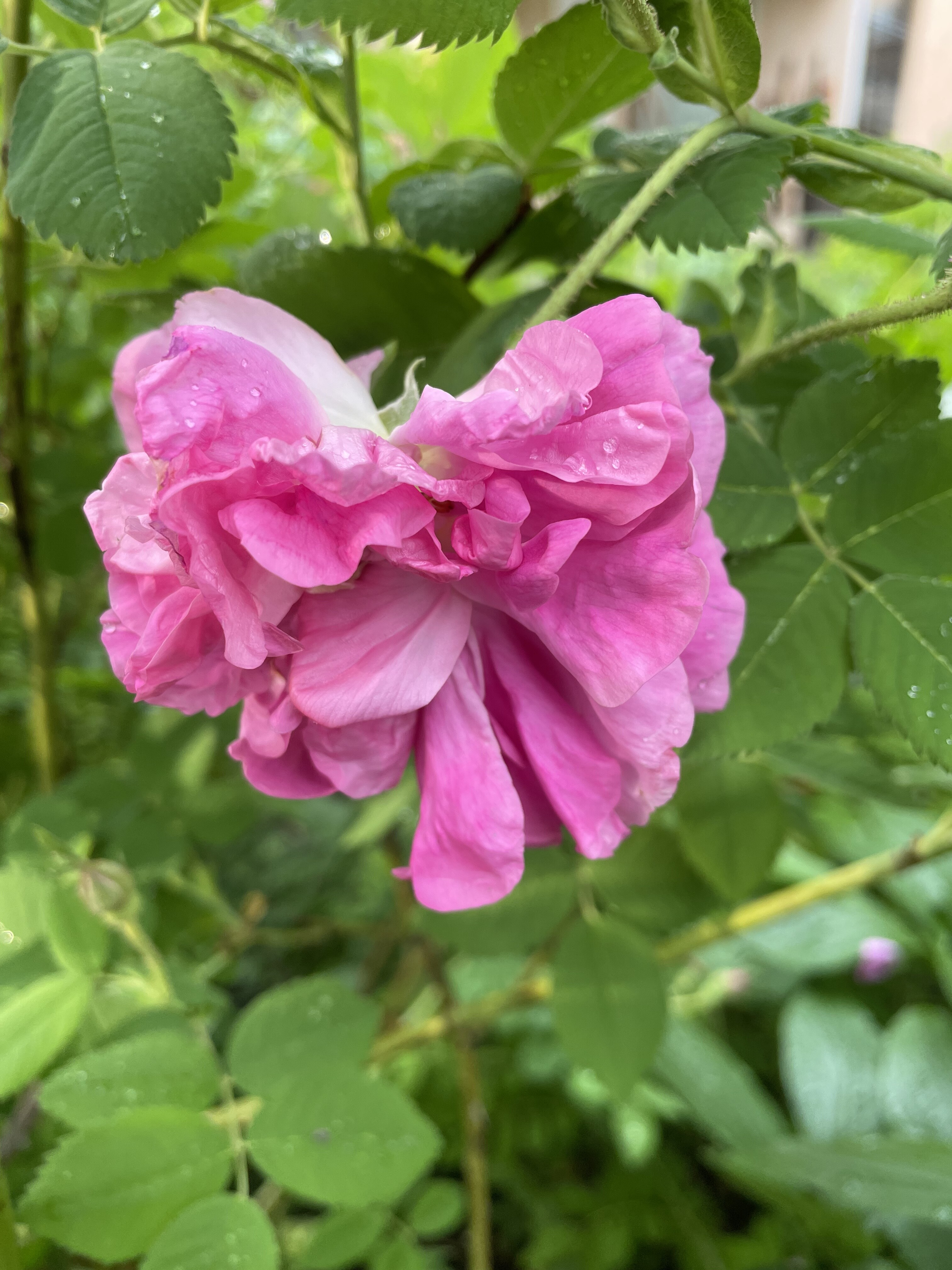 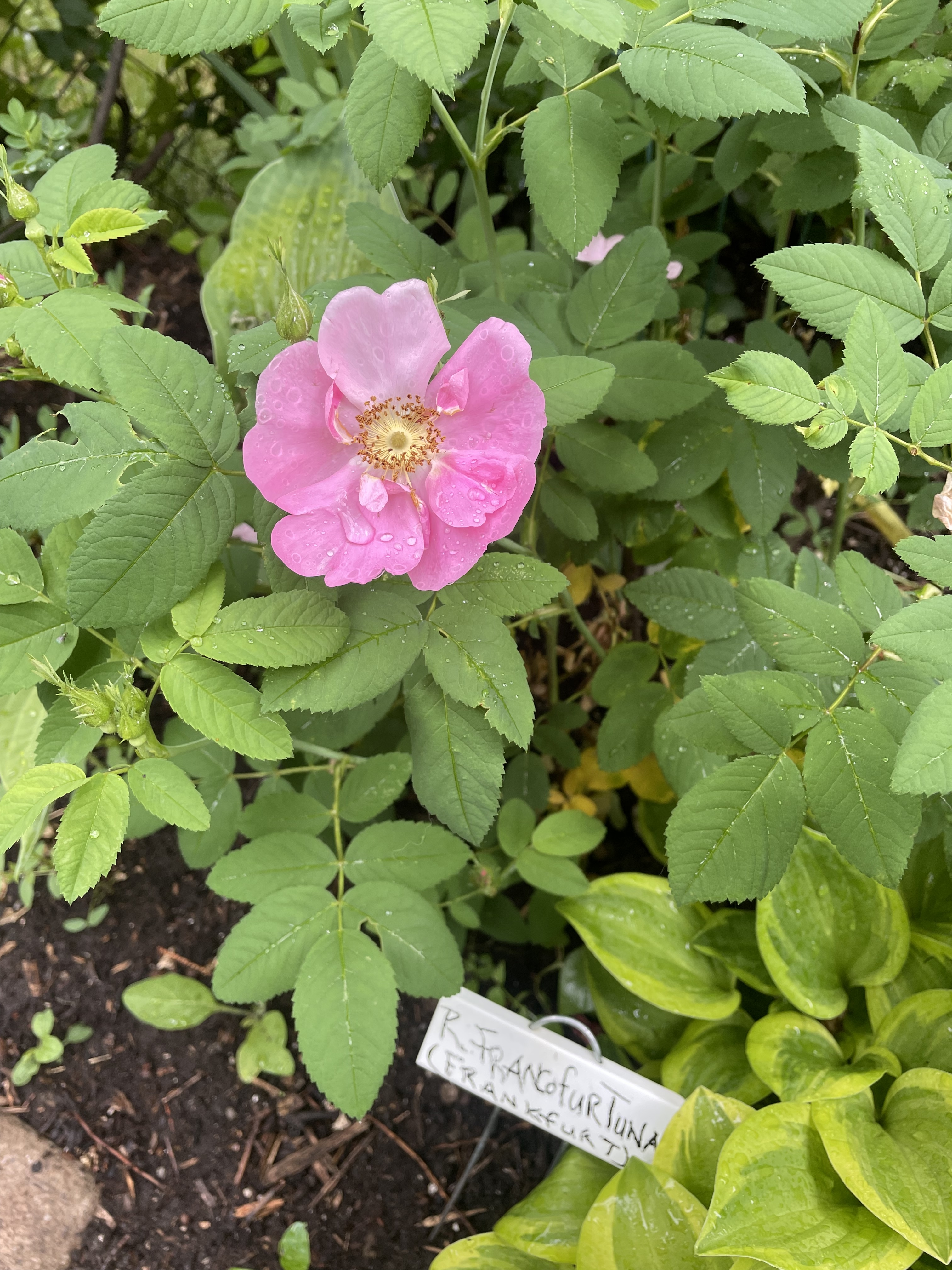 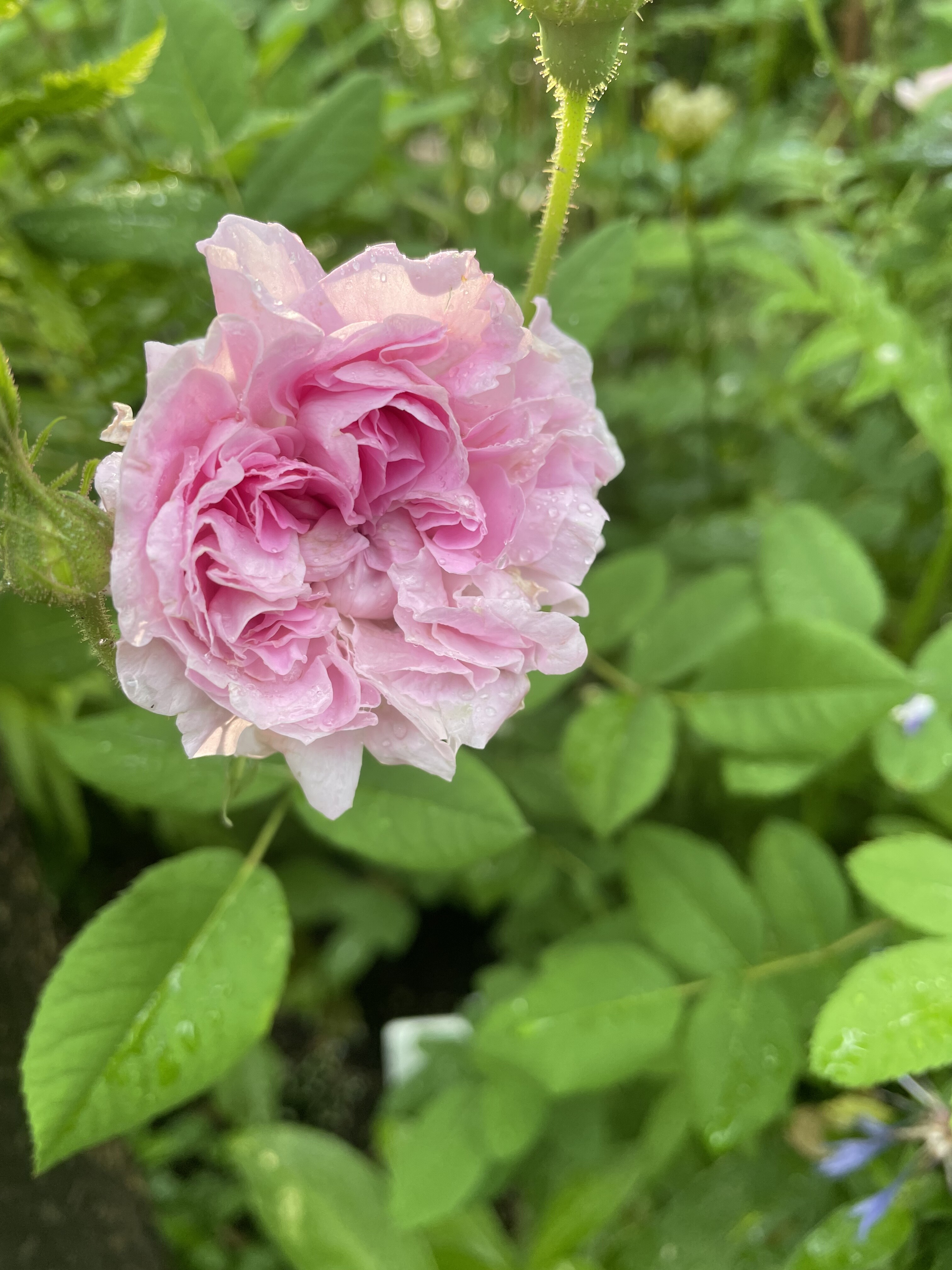 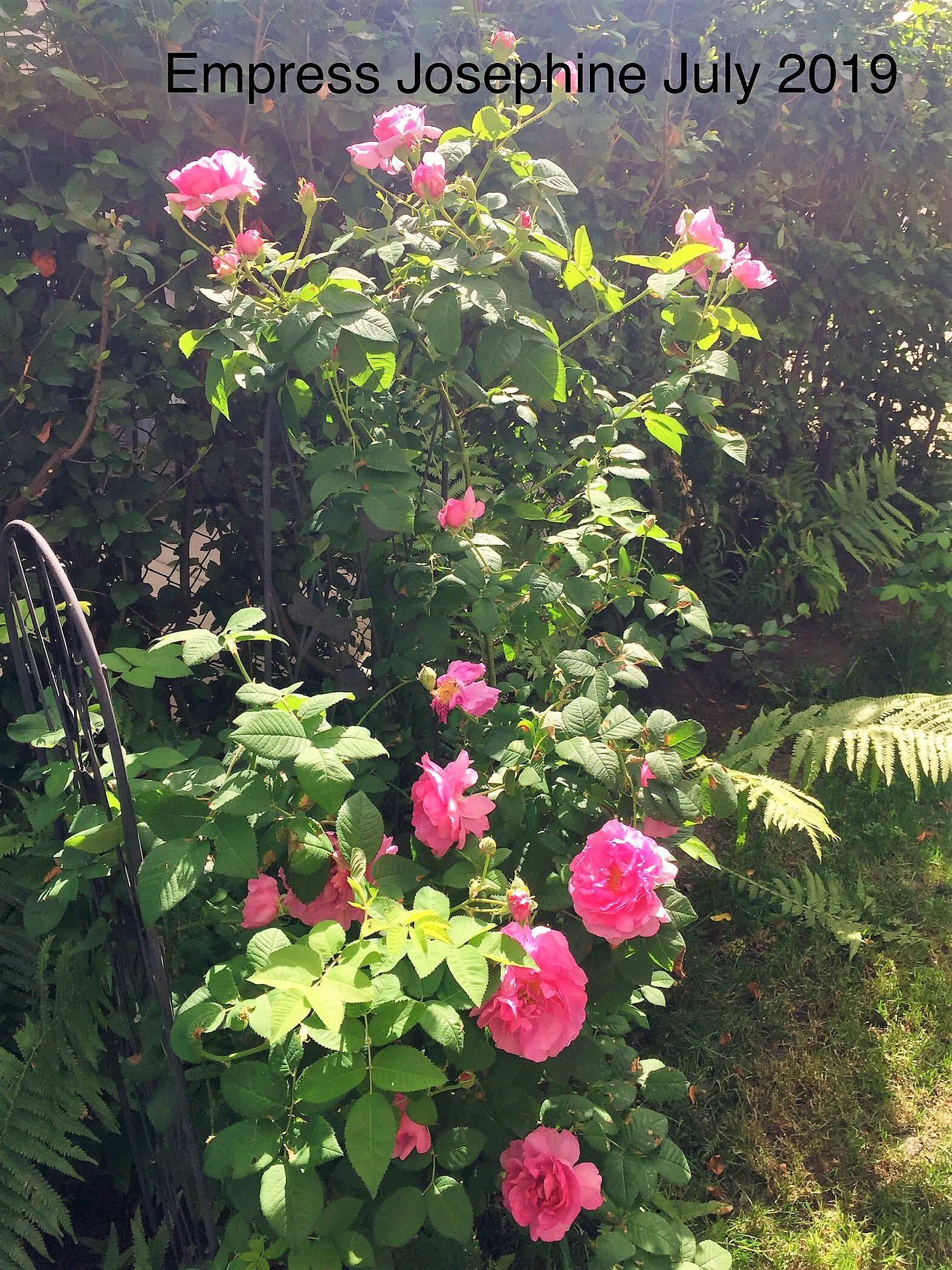 Beautiful!
Wish I could get Dr. Merkley here. Might have to try Agatha.
Working with Wasagaming now. Testing four seedlings from it. Surprised it is loaded with hips from this years crosses. I will be curious to see how many have seeds.
Duane

Good luck with Wasagaming … my seedling from Prairie Dawn x 6910 (?) has done very well, and has been planted outside.

It is showing early signs that it will make a good organic barb wire substitute (very strong spinossissima influence with long straight needle like thorns and nine leafed).

A couple natural op seedlings collected from gardens. Too early to say anything except one was below Prairie Dawn … doesn’t mean much since l plant close. Other is isolated with only Wasagaming close but so are a number of other roses. It looks different - doubt much spino in it.