Anyone have experience with this one?

A fairly recent mauve Kordes, so I wonder if it has better health than many in its color class. Apparently not overly heavily scented, but looking at photos, it has a nice looking bloom on a good plant, to my eye.

Palatine Roses carries it (I’m not familiar with them) on multiflora rootstock. I’m neither familiar with this company nor the implications of R.m. rootstock, particularly as it would pertain to central TX climate.

Palatine grows huge plants. You need have no fear of getting a poor plant from Palatine.

In its first year here Novalis has been an unusually healthy HT. It is a bit too early to assert full resistance.

At least it is better than any HT I know ( all of them, not lavender HTs only) excepted a few of the late released from the same breeder.

I grow some among the higher stared ones.

While three stars Kordes rating is resistant under favorable conditions, not mine; four stars is clearly a new level of resistance for HTs: immunity up to date even in an unfavorable environment like mine is.

Let us hope this resistance level are confirmed and horizontally durable.

thinking we used when we created them.â€

It looks odd on HMF, and kind of harsh colored, but none of the HMF pics looks bad at all. The pplant habit and blooms remind me of Jude the Obscure … but more double w/ mauve.

It is a true lavender if not the most refined shape or color HT. Alas scentless.

A good strong HT plant. Not a tall one actually.

That in this color these health and strength are possible is a wonderful surprise.

This one would be good matched up with a few D Austin cupped types , I would like to see what would be produced if this was carried out Graham Thomas X Novalis , reckon it would be real dandy.

Thank you, Pierre. You’ve fed my curiosity, and I may well have to break down and acquire this one.

Of course the trouble with a northern seller like Palatine will be that I will have roses trying to gently break dormancy with temperatures already in the 90’s down here. I really need plants in January or February, ideally.

Warren, I’m frankly not all that familiar with Graham Thomas, but does it impart decent resistance to its offspring? The one yellow Austin I have is a rather leggy thing, and I’ve been underwhelmed with the bloom frequency, as well as the architecture. I like your thinking, and a deep cup shape would be quite nice though. Yes, I would like to see that one too!

Currently, the best I have with that form is Rouge Royale. It’s on its own roots, and I’m waiting for it to build a little more, but thus far I like it. My hunch is that a strong red would stand very little chance of yielding a decent mauve if crossed with Novalis. Would I be correct in that assumption? (I do see RR has a grandparent, Ambassador, which has heavy yellow in its lineage…)

@ Warren, Treloars are releasing it this year, here is your chance.

Hello
did anyone of you breed with Novalis since the last post her in march??
I did this year, but Novalis threw off nearly all the hips. Only two ripened a little bit. Novalis x Café, already harvested, because it would have been fallen apart otherwise, but there was seed in it: 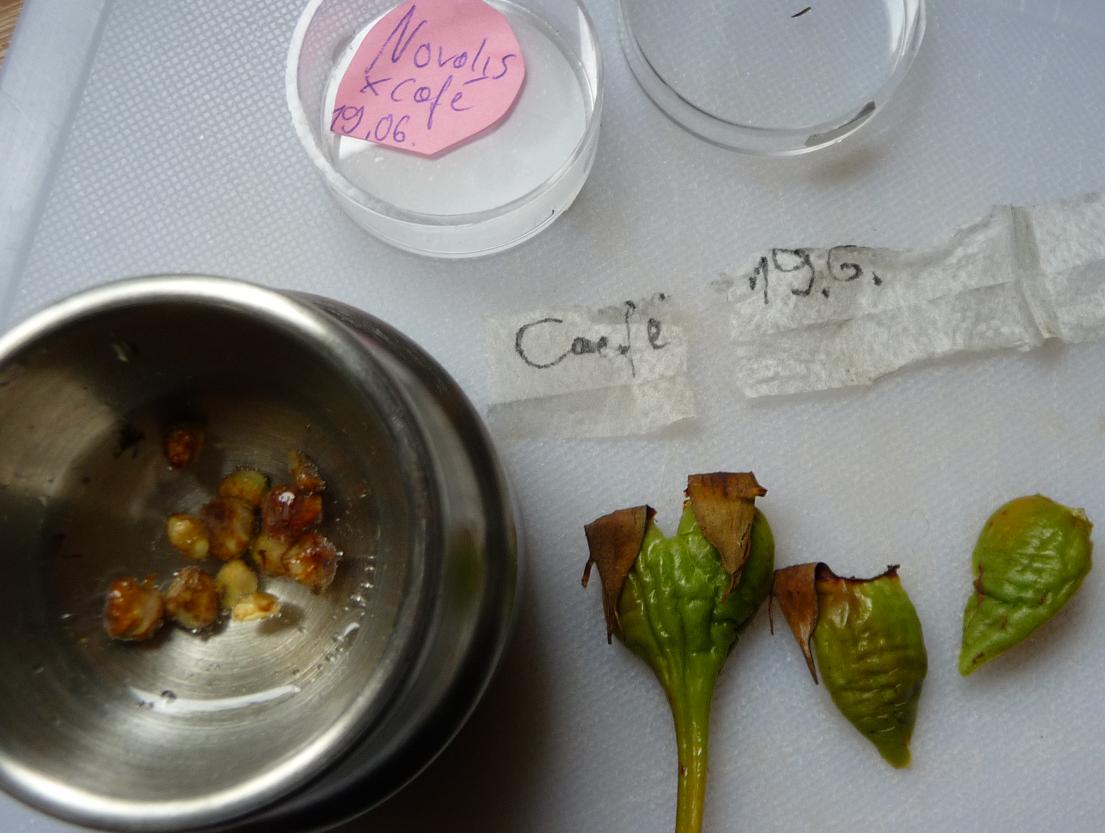 One hip is still on the plant, but yet green: Novalis x Minerva.
I also used a lot of pollen, that resulted in 3 hips on Café, Julia’s Rose and Laika.

In spring one of the two plants (grown in big pots) got rust. But no blackspot or meldew.

In the vase indoor the bloom has a nice scent, but not very strong.


This year i had two seedling from Novalis and “Patiorose orange” (i suppose it is a Poulsen rose), i gave them to women with gardens, there the chances are better in hard winters to survive than in pots (I only have roses in pots, because i don’t have a garden). 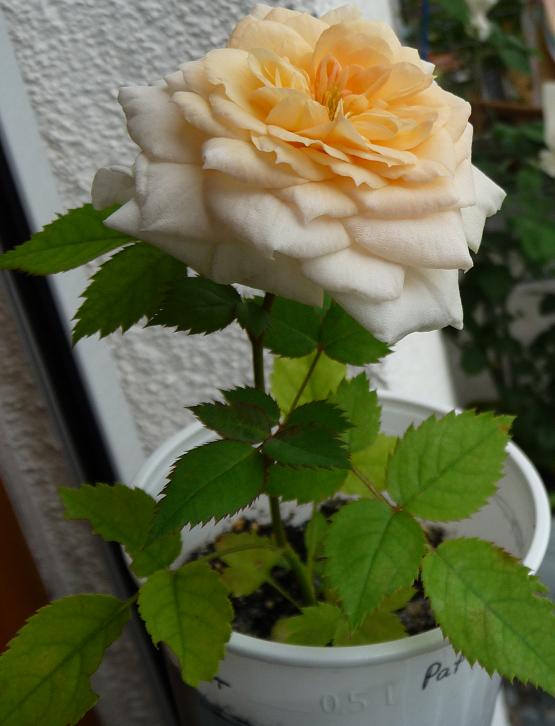 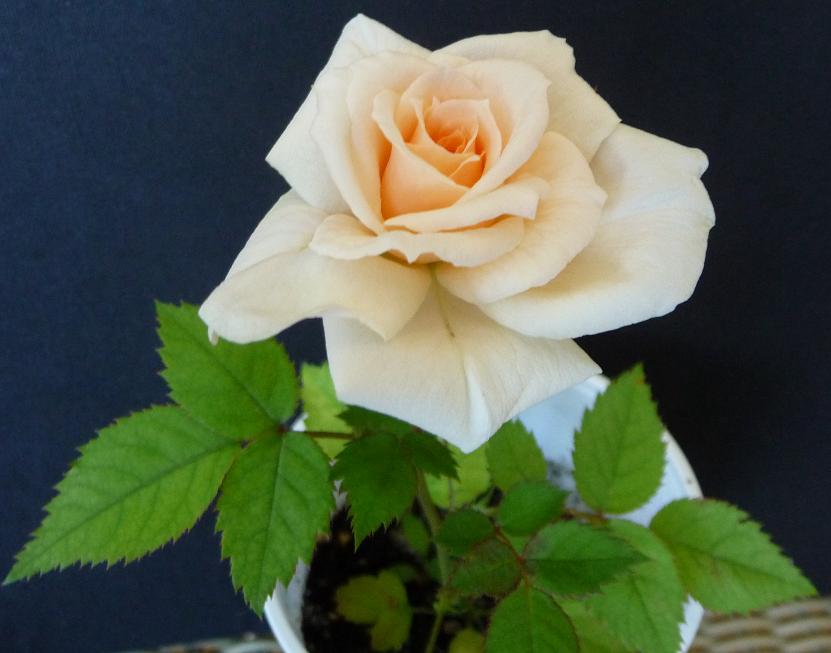 last season i had hips and seeds from the following crosses, but they didn’t germinate:

Have you tried using nitrate to stimulate germination? It works on many difficult achenes such as the Knock Out types, raising germination from 5-10 up to sometimes 50 %. With the less difficult ones it goes a lot higher, probably to the limit of actual seeds that still have viable embryos at harvest. Of course Don’s method of extracting the seeds from the achene and then planting that seed may work better, but I don’t think anyone has done a direct comparison.

Hello idavis,
no I haven’t tried that yet. But Bernhard ist trying it this year for he first time, i’ll wait another year.
I think, the problem was really the bad temperature line outside, cause first seedlings were beginning to germinate before the frosty period.

Of course if Mr. Holeman would come and tear the rose embryos to life, I wouldn’t say no : )
(Shall I search in the old seed pots for seeds not germinated yet an send them to the godfather of rose-“Kaiserschnitt” (caesarean section)? : ) )
But I can’t manage that, i tried, really did, two long afternoons, 100 % failure! That’s not easy!

Here is a picture of Novalis/Poseidon at the Kordes Nursery in Germany in August. It was gorgeous!! With Certified Roses offering it this year it will be somewhat available in the US. I suspect it is on Dr. Huey from their AZ grower. 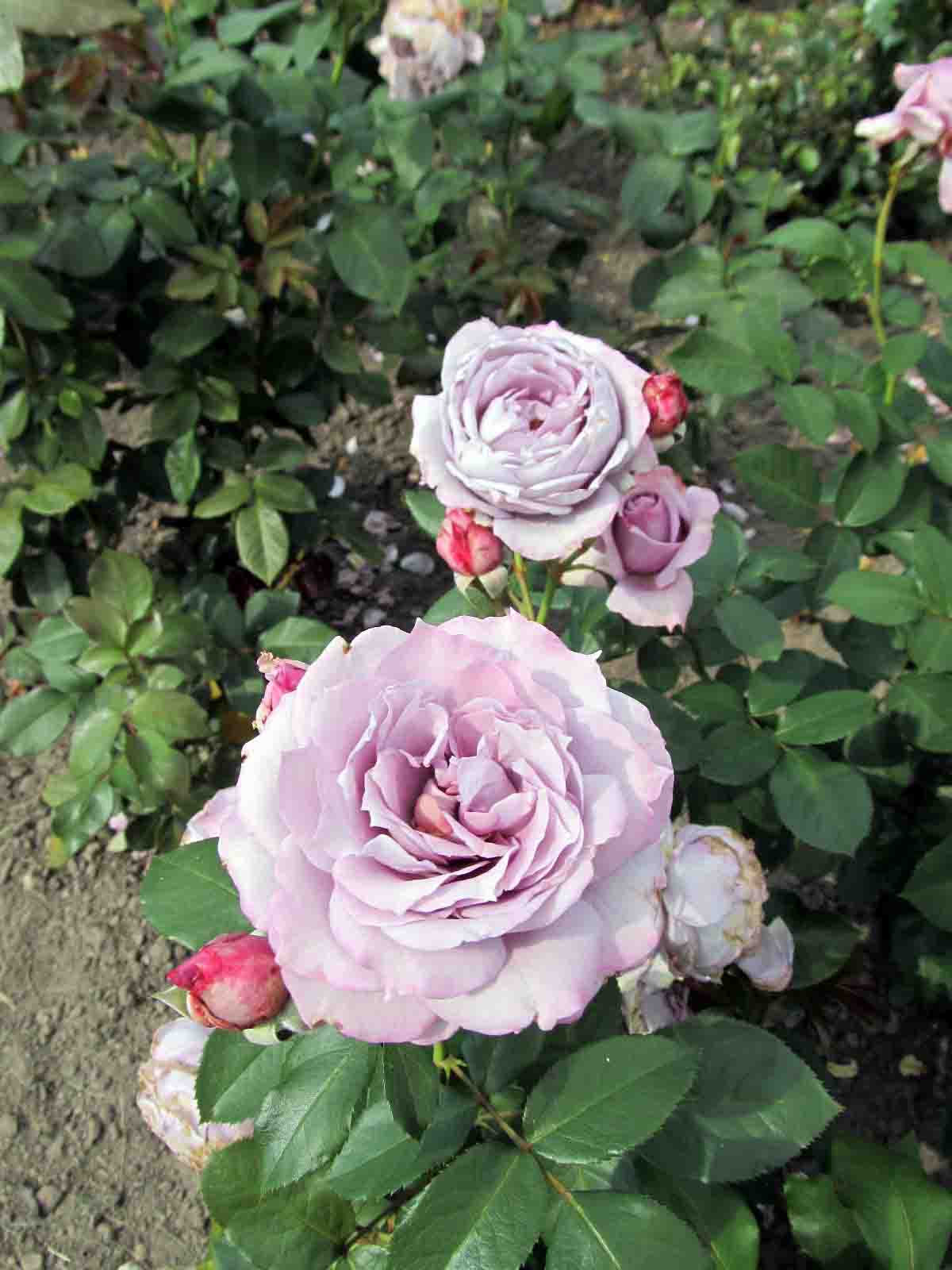 A year on has anyone created hybrids with Poseidon?

I harvested hips from the following crossings last winter:

29 seeds alltogether.
Don, I know, you would prefer other crossings with Novalis, but I have my special colour breeding aims…

I tried embryo extraction with some of them before sewing, all died.
Only one seed germinated “normally” (without embryo extraction):
Laika x Novalis 1, it is still young, germinated in april 2014. Already got 1 little bloom last month, nothing special: 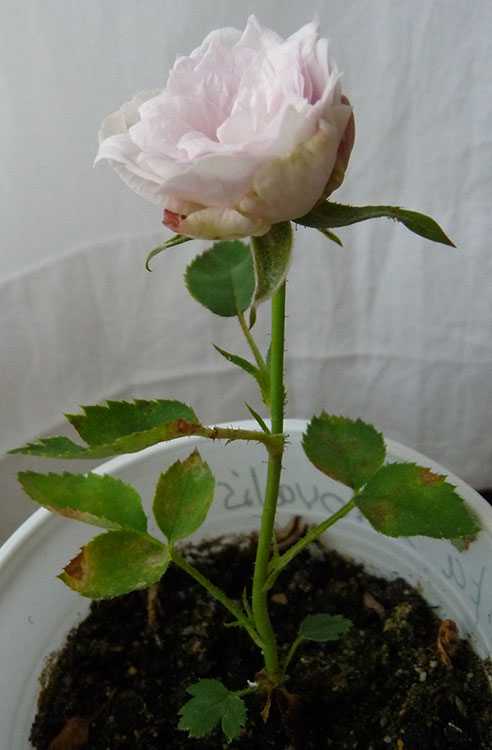 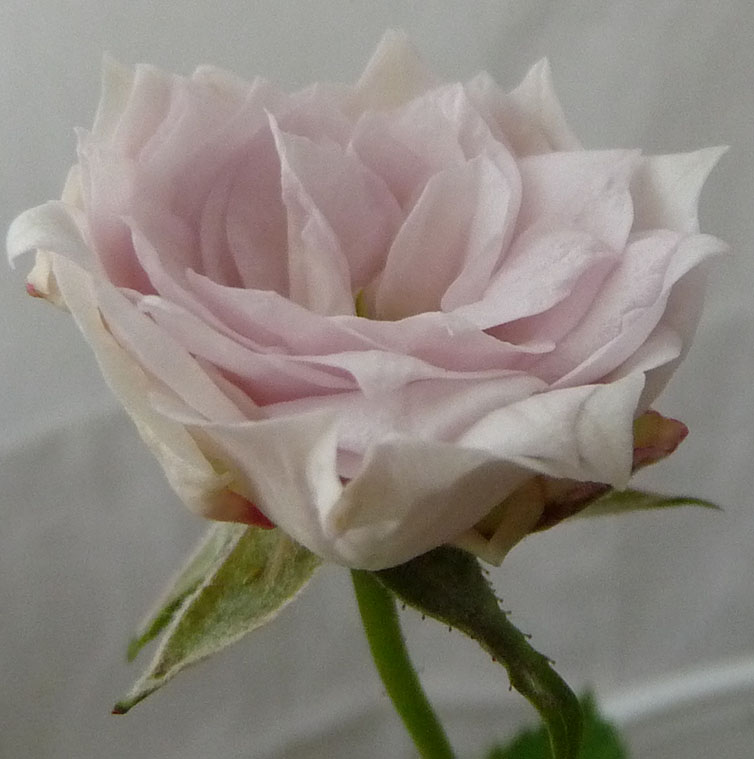 In june I was looking for seeds that didn’t germinate from some crosses that seemed importent for me, also all crosses with Novalis. But again, with embryo extraction, no seedling survived.
I can extract them, some turn green, but when I put them from paper towels to little soil-pots some days later they die. They had enough light, the soil was desinfected, really don’t know why so many embryos/seedlings die here with this method. I got very few seedlings from embryo extraction still living, but most of them aren’t very vigourous.