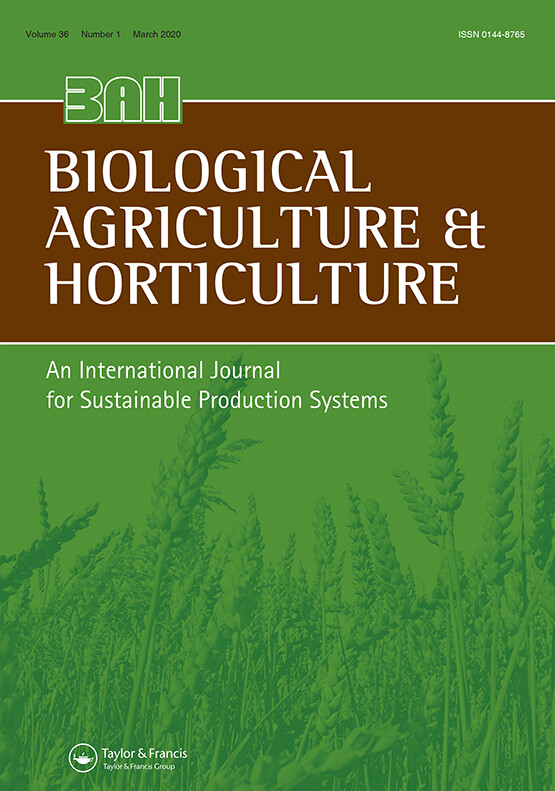 Rhizogenesis and concentration of carbohydrates in cuttings harvested at...

The aim of this study was to evaluate the effect of rooting stimulators on the rooting of rose cuttings harvested at different phenological stages of the stock plants and on concentrations of carbo...

After an abysmal cutting season this was timely for a new approach regroup. Used from .2 to ~ 1% IBA (mainly gel but also powder). I take cuttings soon after bloom … l read this article that success was higher with closed buds … as to organics l will be looking for them. The roses tried must be tough ones to root - first time tried - as never had such a low success rate. They were Agatha, Empress Josephine, Isabelle Skinner,

Fortunately only cutting of 20 of the same rose and of 75 in total that took was Isabelle Skinner. It was the new growth tip of the cane. Breathed relief at least one of the IS took as it is not commercially available in Canada. Finally have potentially two samples of a highly garden worthy floriferous non-white really truly hardy climber with no caveats … and disease resistant in my garden.

Thanks for the.info! I can certainly use the help. Glad you got that one to root.
Duane

This old paper may supplement the info on when and what part of a cane is most likely to root.
Tukey & Green: Gradient composition of rose shoots (1934)
http://bulbnrose.x10.mx/Roses/breeding/TukeyRoses1934/TukeyRoses1934.html

It seems that the stored carbohydrates may contribute to rooting, just as they contribute to flowering. If so, ringing may be as useful for the former as for the latter. Ringing a cane or branch early should allow the carbs to accumulate before time for taking cuttings.
http://bulbnrose.x10.mx/KKing/Girdling.html

Finally, this one is very interesting even though it involves layering rather than rooting of cuttings.
Michurin: Layering Tube (1929)
http://bulbnrose.x10.mx/Heredity/Michurin/tube.htm

I have not tried this technique, but it might offer a novel advantage:
“With cuttings from the second vegetative generation, i.e., when rooting cuttings not from seedlings but from specimens previously rooted by cutting, the entire process of development of the roots takes place much more easily and quickly. Evidently, the plant, in adapting itself to this operation, develops the ability to root more easily.”

Juvenile pears, apples, and such are able to root without too much difficulty. It looks like Michurin’s technique - with no rooting stimulants - gives the shoots enough time to “remember” how they rooted when they were young. And once they “figure it out”, they are able to do it more quickly the next time they are challenged.
Karl