Bonjour,
In autumn 2013, I have sowed some Monte Rosa OP seeds (128 from 5 fruits). The bush grows side by side with the centifolia, Tour de Malakoff whom I think, is known to be a tetraploid rose like many old garden roses. One plant among 7 seedlings obtained, and planted in 2014, had particular foliage while the others young plants had similar rugosa foliage like their mother. Moreover, it is only it that has flowered this summer (2015), but it is non-remontant. I think Tour de Malakoff is the father of this seedling (?!). As you can see on the photos below, it is a nice plant with the reddish small thorns, stipules and petioles, and it has a darker tone in the center of the flowers. This seedling seems to have inherited a variable tone and the nearly thornless stems similar at Tour de Malakoff. These later also, become purplish at the end of the season. This color of the stems is intriguing and probably come from the unknown background of Tour de Malakoff or Monte Rosa…? The foliage is a mix between both parents and the fruits, typical of rugosa, inherited from Monte Rosa. Can we really deduce, with these observations about this lucky seedling, that Tour de Malakoff could be the pollinator?

Because of this unexpected seedling, I have tried to pollinate Monte Rosa with the pollen of, another old garden rose tetraploid, James Mason with some results (3 fruits = 77 seeds). I have used also the same pollen this summer, on Roseraie de l’Haÿ (3 fruits = 113 seeds) and King J (3 fruits = 95 seeds), nice surprise also! Now, I must wait until next spring to see if something will happen with these sowings…!? 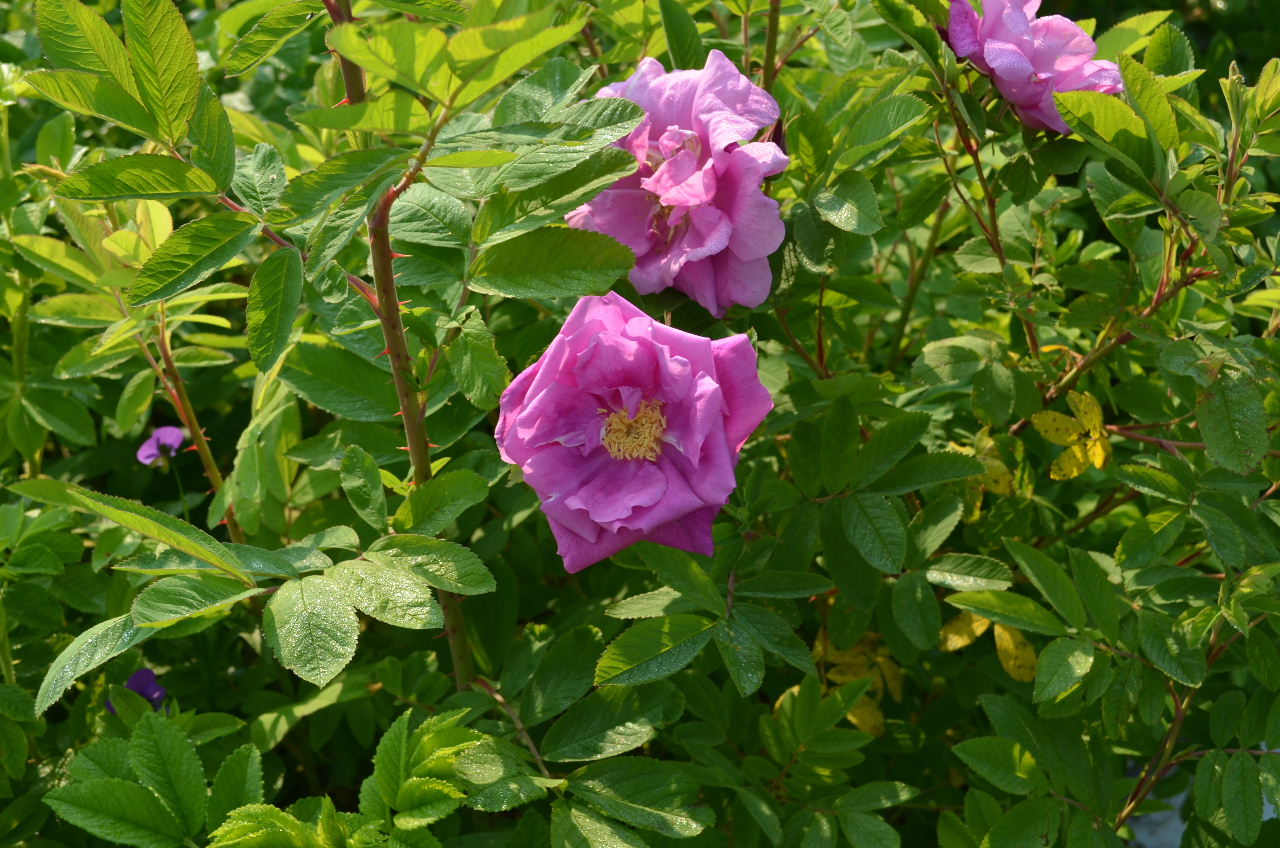 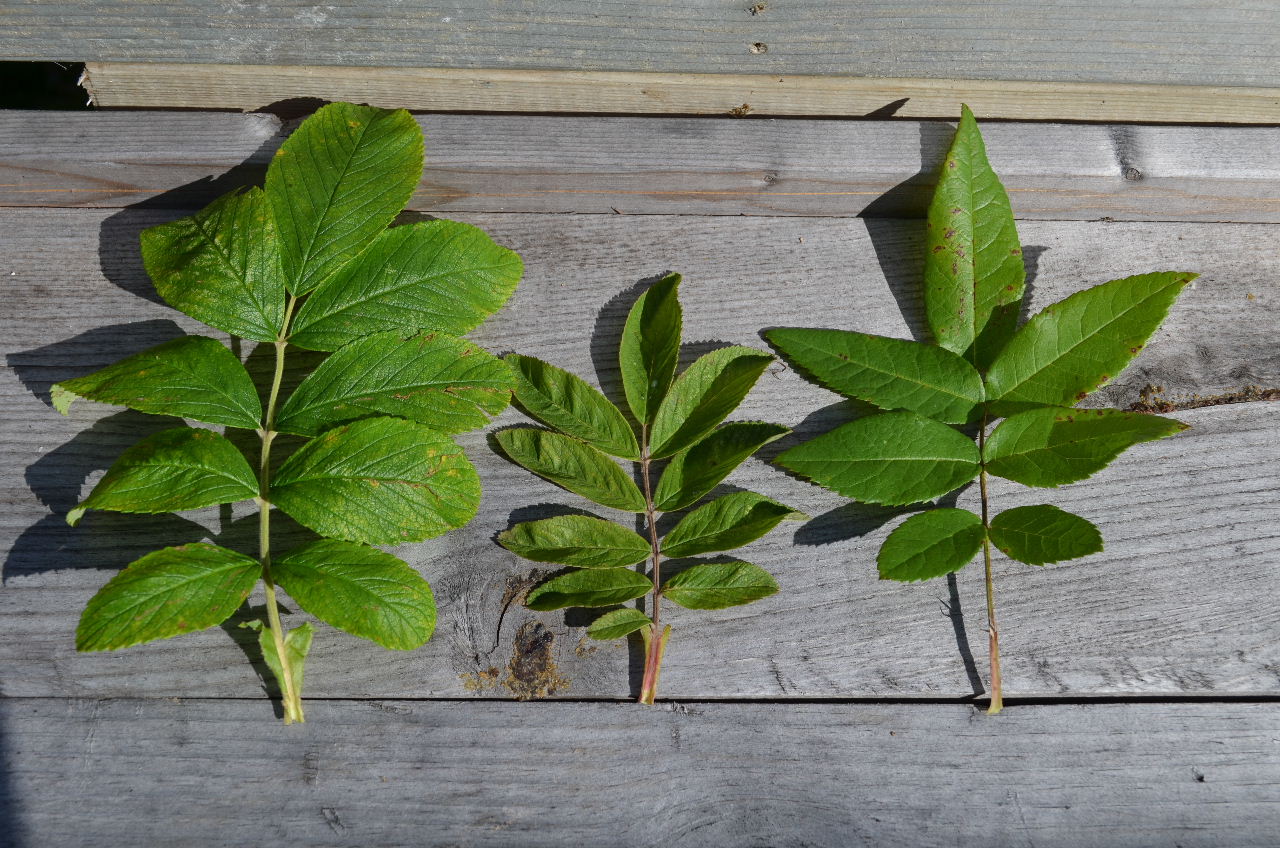 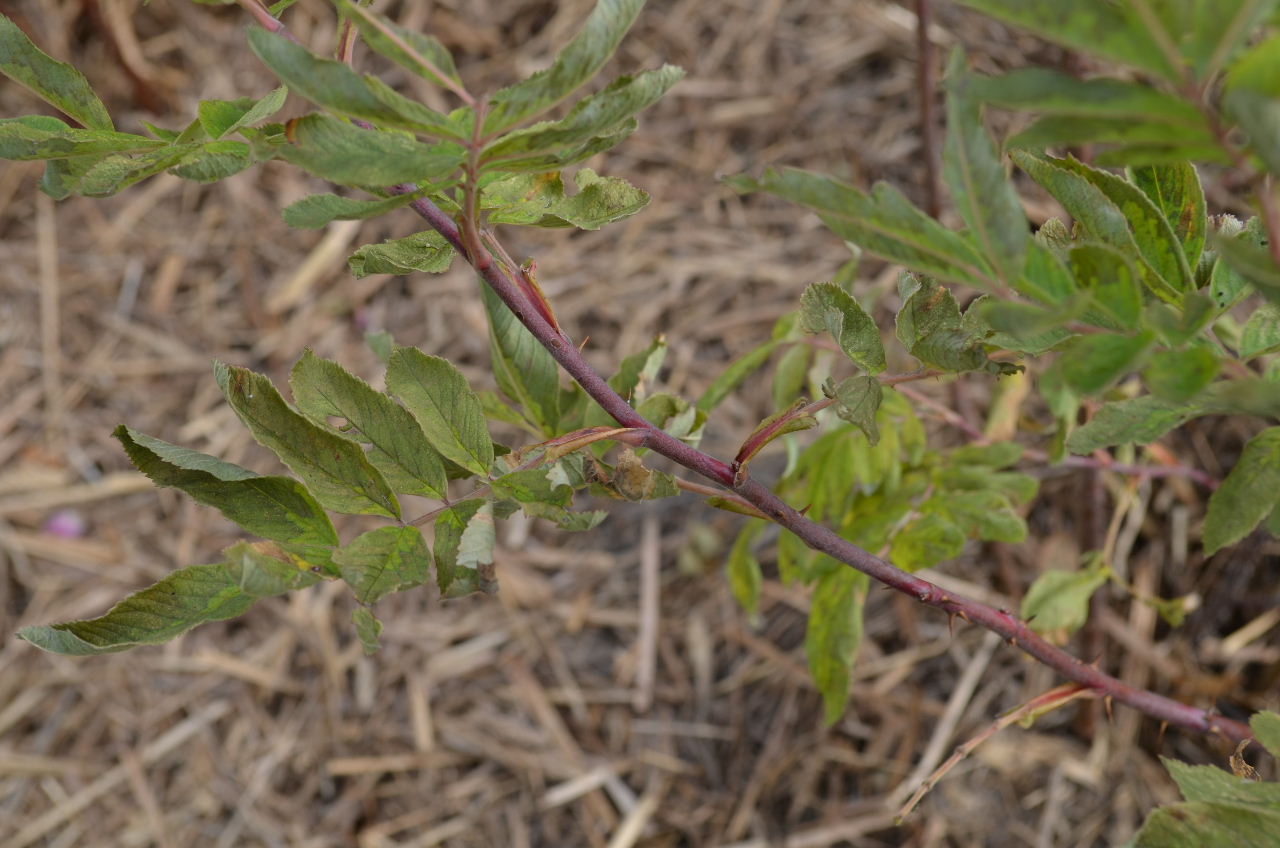 Andre,
Looking at the stems and leaves of the seedling it is clearly not a pure Rugosa. And while you can’t be 100% certain that the pollen parent is Tour de Malakoff , the fact that it shares a number of the features with TdM makes it a good possibility that it was the pollen parent especially since it was so close to Monte Rosa.

Often I’ll compare my OP seedlings to the plants nearest the seed parent to see if I can deduce who the pollen parent was. I even do that with seedlings from my crosses if they don’t look like what I was expecting. This year I have a good number of seedlings from one seed parent from three different pollen parents. None of the parents have any miniature in them but a significant number of these seedlings are miniature plants. There was one miniature planted 6 feet away and several others in pots 15 to 20 feet away, any of them could have been the pollen parent.

Here are a couple pictures of a Tuscany Superb x R.rugosa I took last year, you can see influences of both parents in seedling. Notice how the leaves of the seedling are much smaller than either parent, just like your seedling. 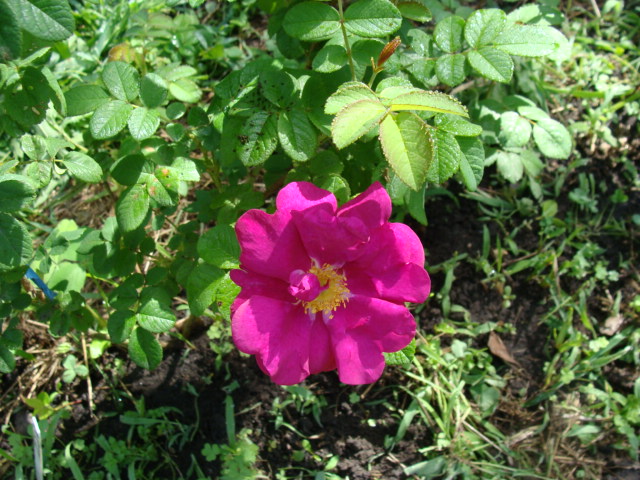 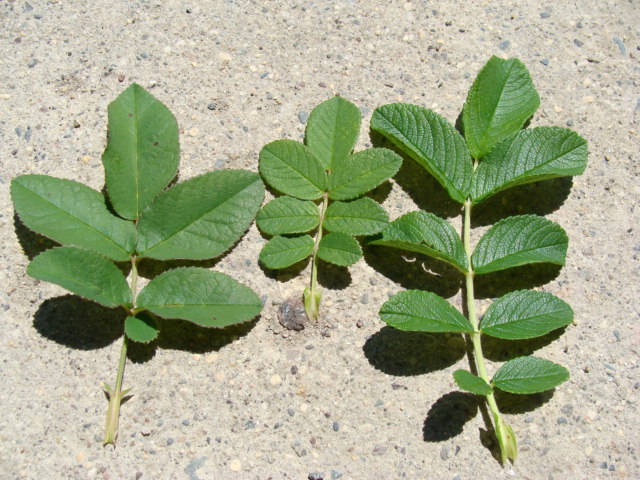 Thank you Warren for your appreciation!

Paul, thank you to share your experiment, it is really appreciate! You are right, bees and bumblebees are great travellers and they carry a lot of various pollens on their legs, in a large perimeter. We are dependent on this ‘’pollens lottery’’ when we sow open seeds…! Your Tuscany Superb x R.rugosa look very good, the rugosa foliage from the father is really evident, thank you for the pictures!