Few of the more mature seedlings

It is going to be a good year for roses judging by the number of buds on them. I decided to share some of my more mature seedlings with the group. Here is the first one. Everest Double Fragrance x Morden Sunrise. 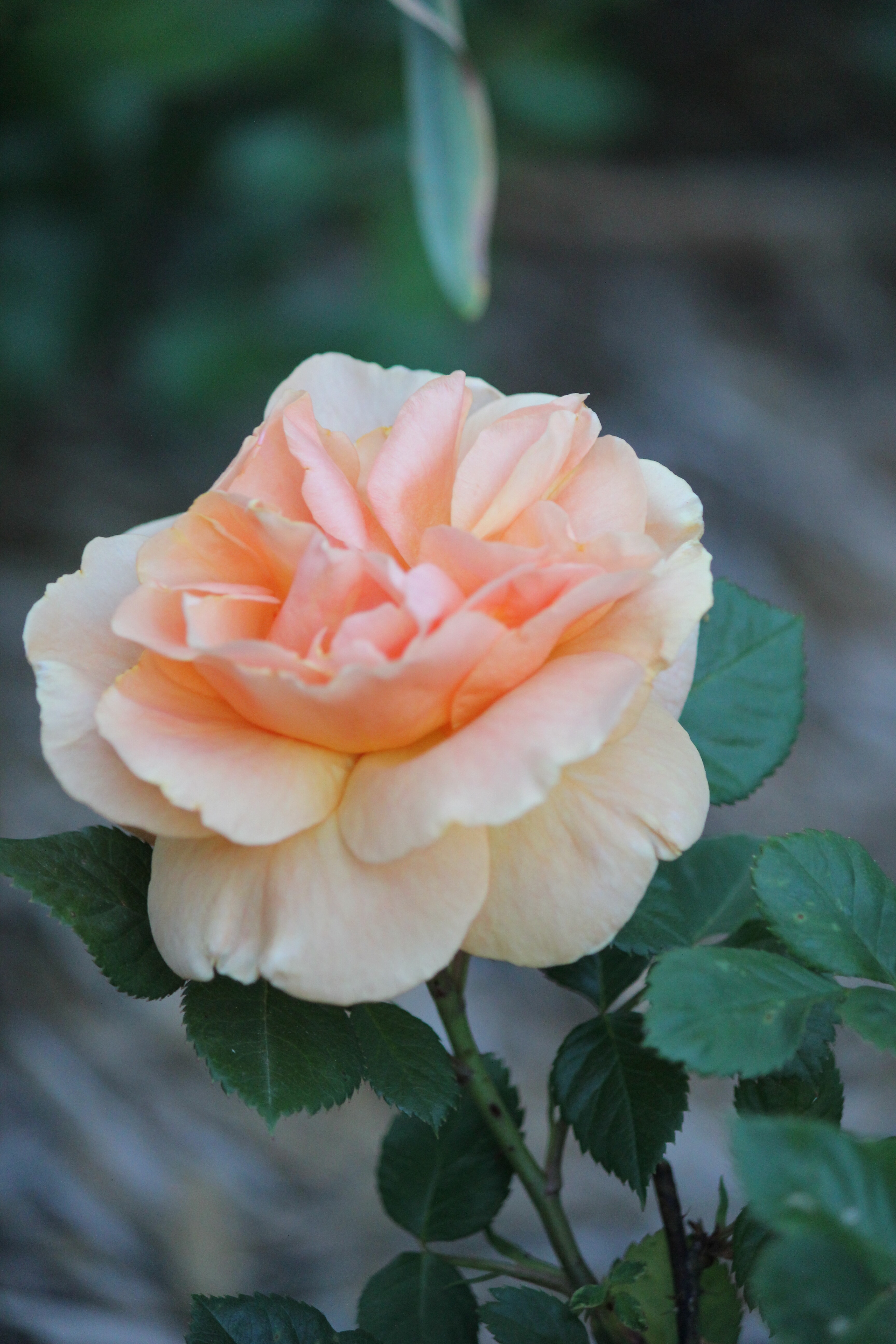 Liz,
That is a very pretty rose! Let’s see some more.

Okay next up is another one in that same colour range. It is a seedling that I call E6 from Outta the Blue x Baby Love. Seems to have decent winter hardiness, similar to Outta the Blue. 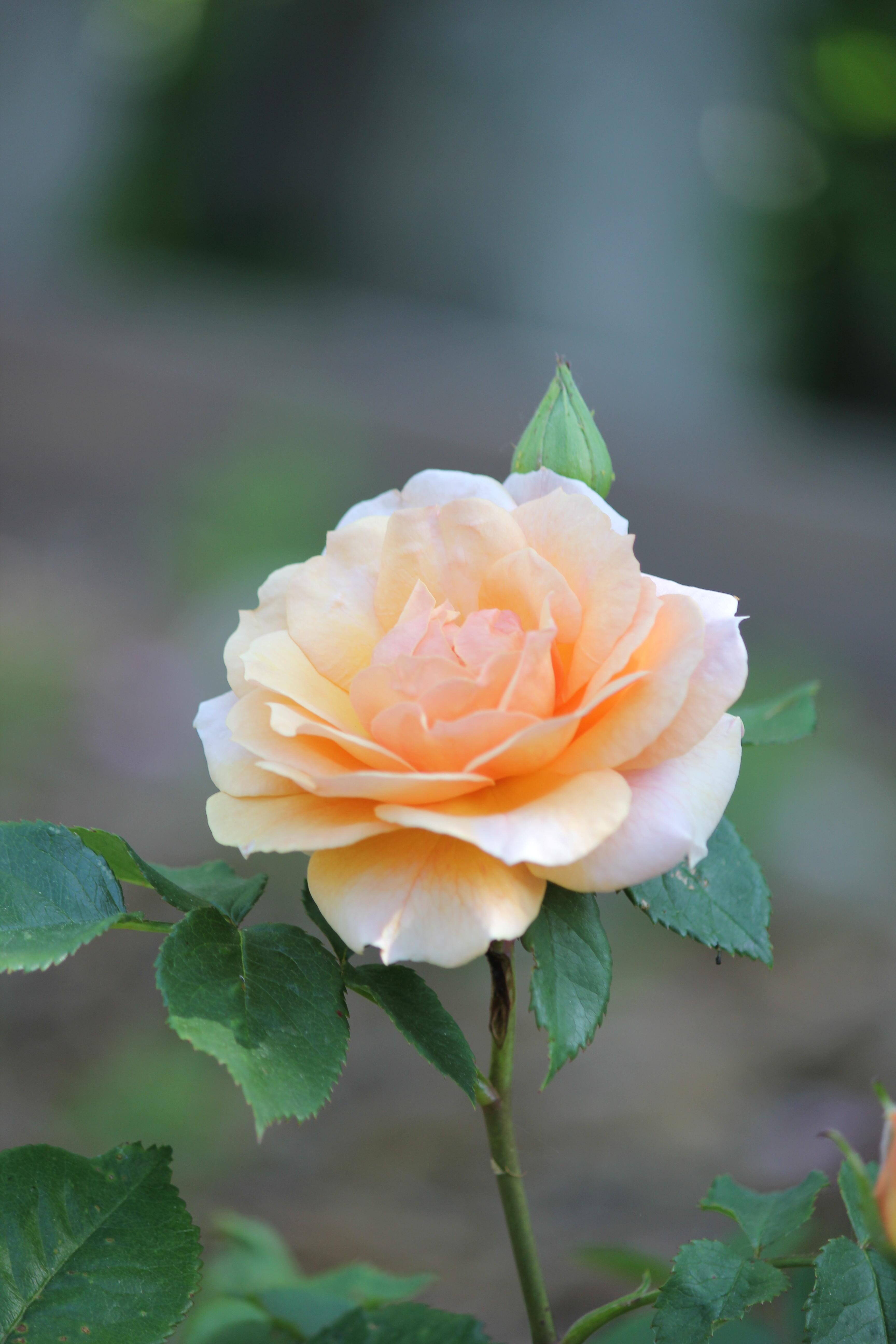 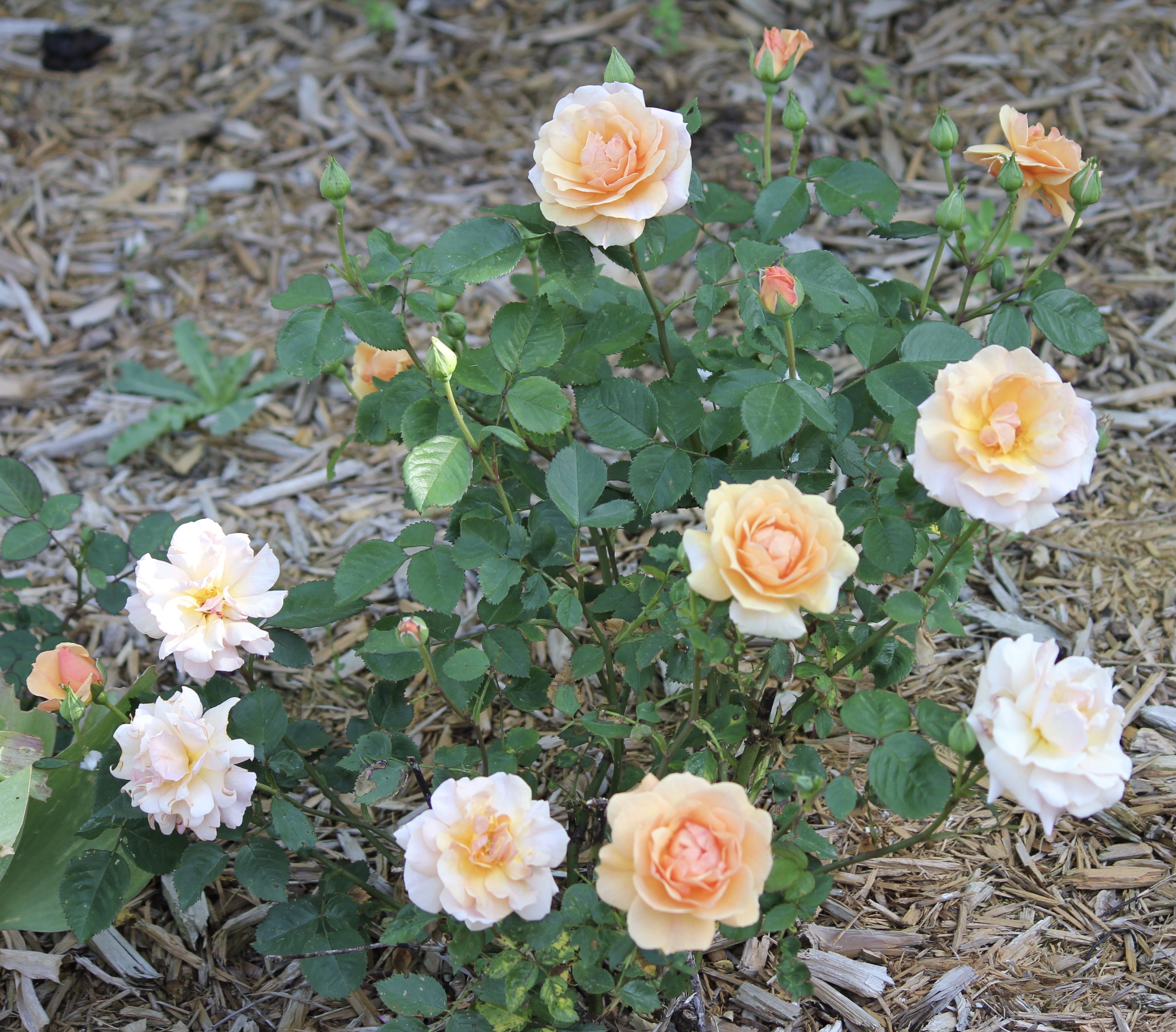 This is E26, a seedling from Carefree Beauty x Pretty Lady. It is a fairly large rose, clean, and winter hardy. 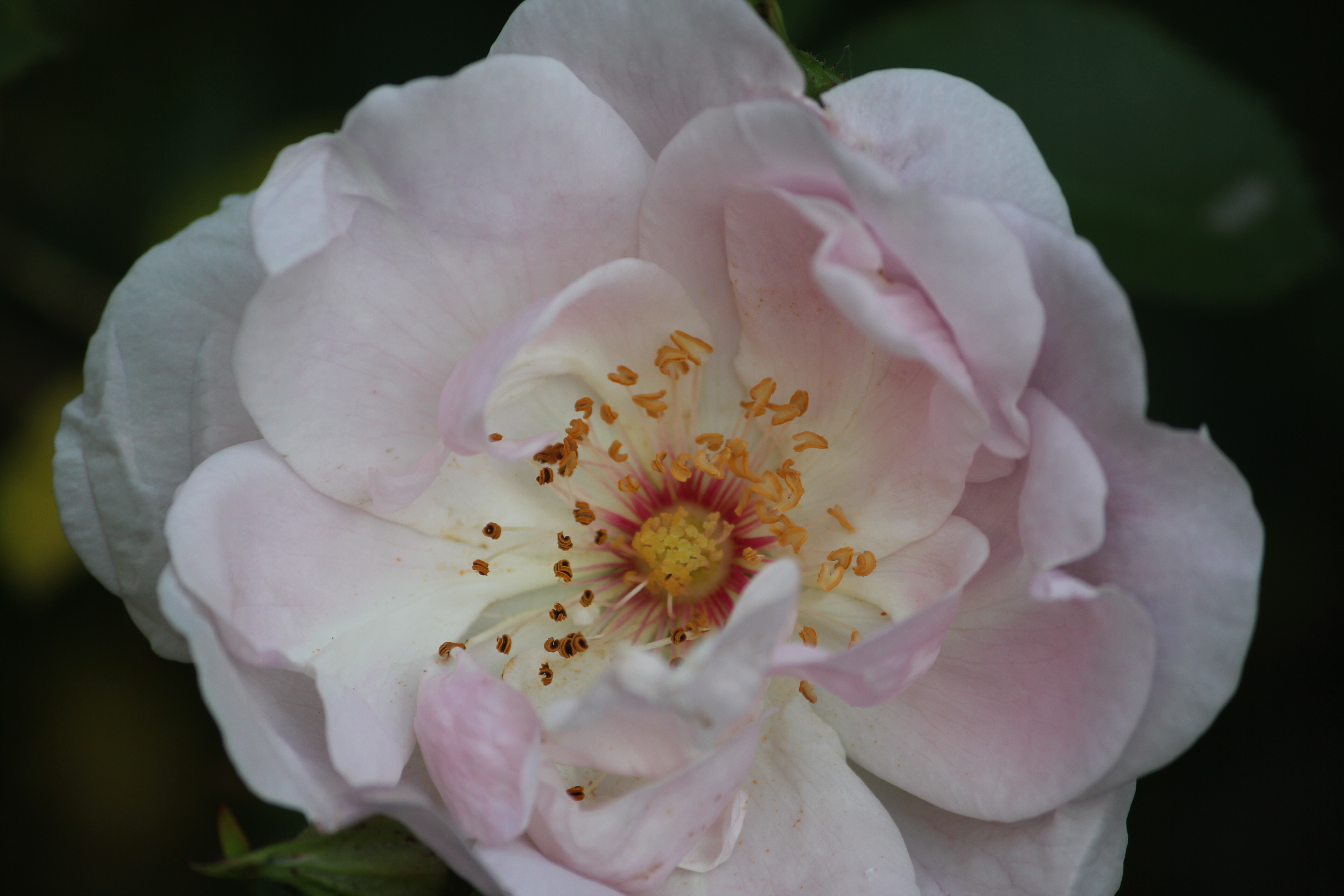 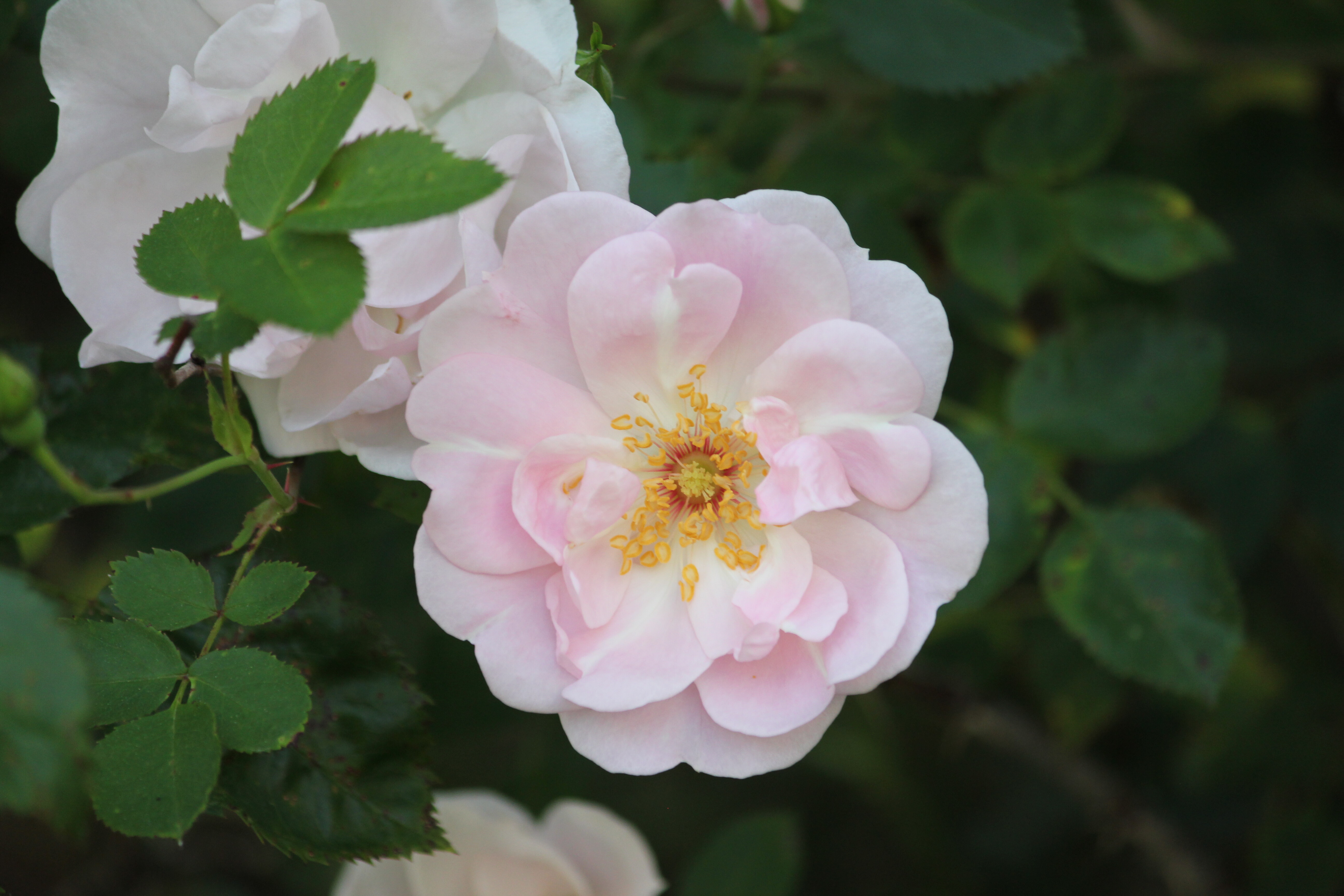 Next up is another one that is a decent seed parent. F44 - C17(Gemini x Scarlet Moss) x Home Run. It has some pretty harsh mossing on it, the red is an orangish red, it is a fairly small compact bush, and it is very clean. 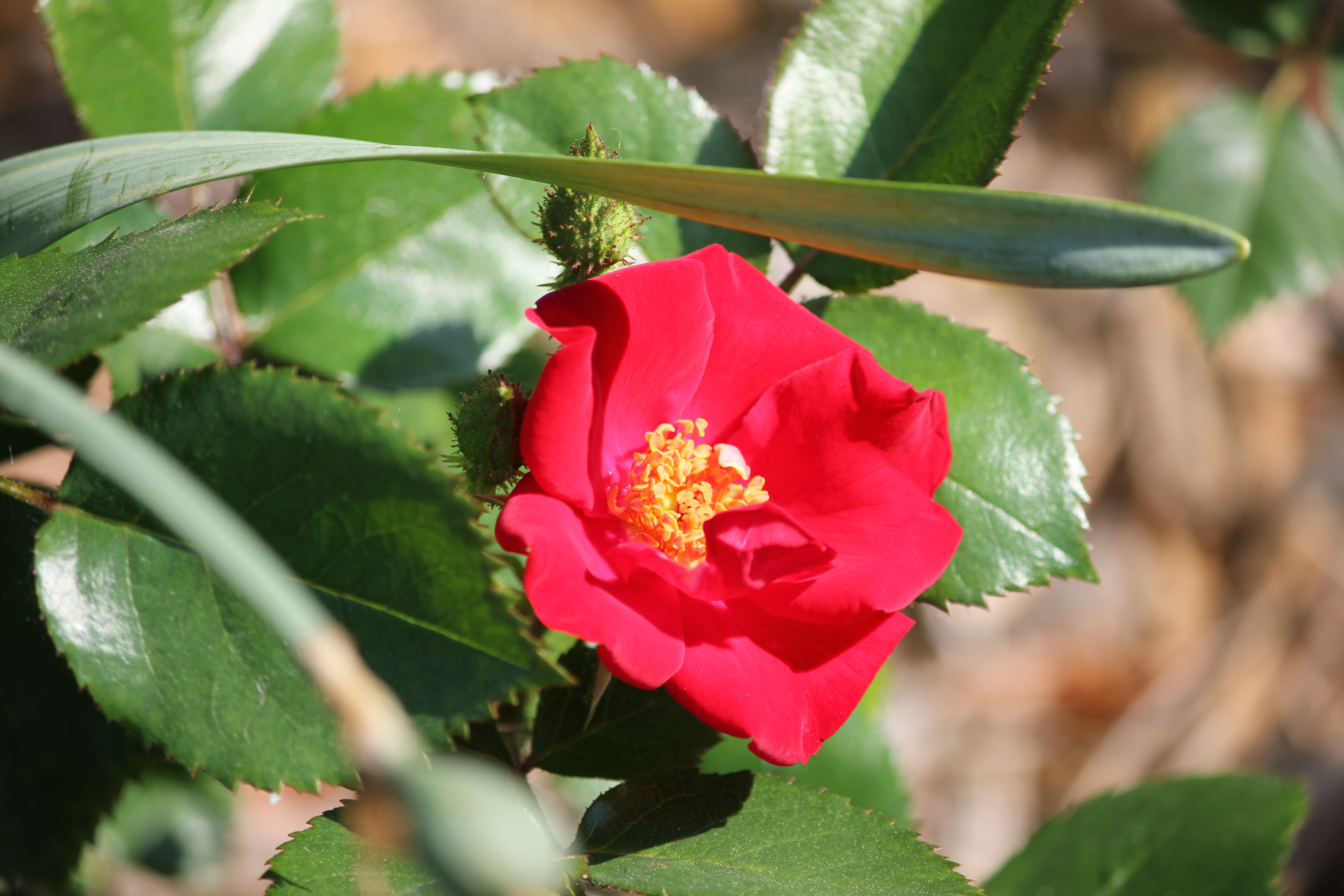 I only have 2 seedlings left from my first year of hybridizing. They are both out of the cross Morden Sunrise x Home Run. This is A3, which is my favorite of the two. It has good disease resistance, the citrus aroma from Morden Sunrise, good disease resistance, and I love to colour. It is an electric pink with yellow undertones… Unfortunately it has the typical Parkland style winter hardiness, which is to die back to the soil level… This is B16, a seedling that I am just not ready to get rid of, but it is not all that useful for me. It is from a cross of Loving Touch x Baby Love, at least according to my records. I love the colour and re-bloom. It is extremely vigorous, which it needs to be given the fact that saw flies love it, it has some disease issues, and it is not all that winter hardy. I either need to use it in some crosses for its colour, re-bloom, and vigor, or shovel prune it… Thinking that it might be worth putting on Prairie Celebration of the next rose that I am going to post about, C24. 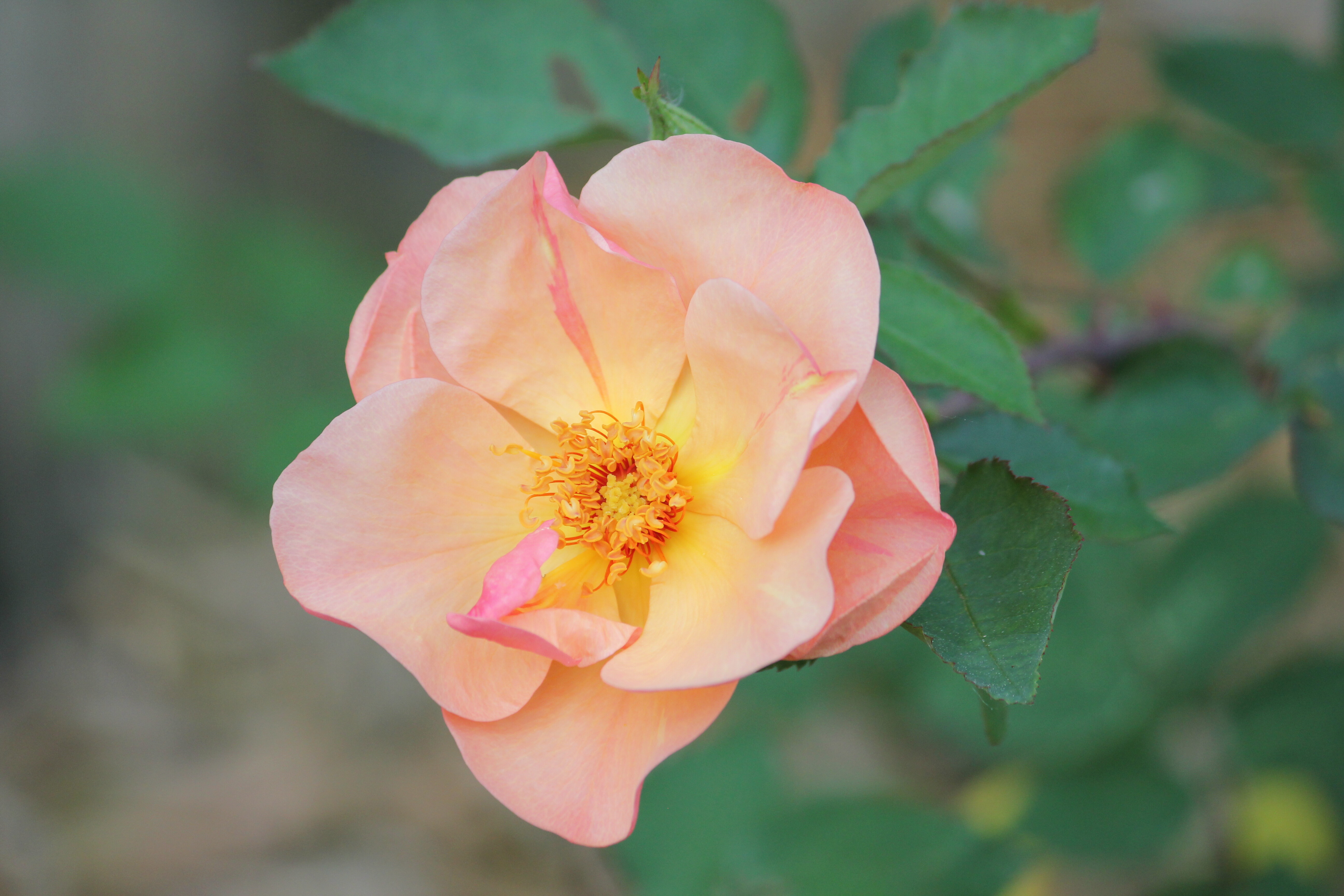 C24, which I refer to as the Monster. It is from Prairie Celebration x Champlain. My thinking at the time was to generate my own version of L83. Well I may have succeeded. It has glossy leaves, totally disease free, re-blooms with a vengeance, is extremely winter hardy. It is also very aggressive. But it does makes a nice seed parent. 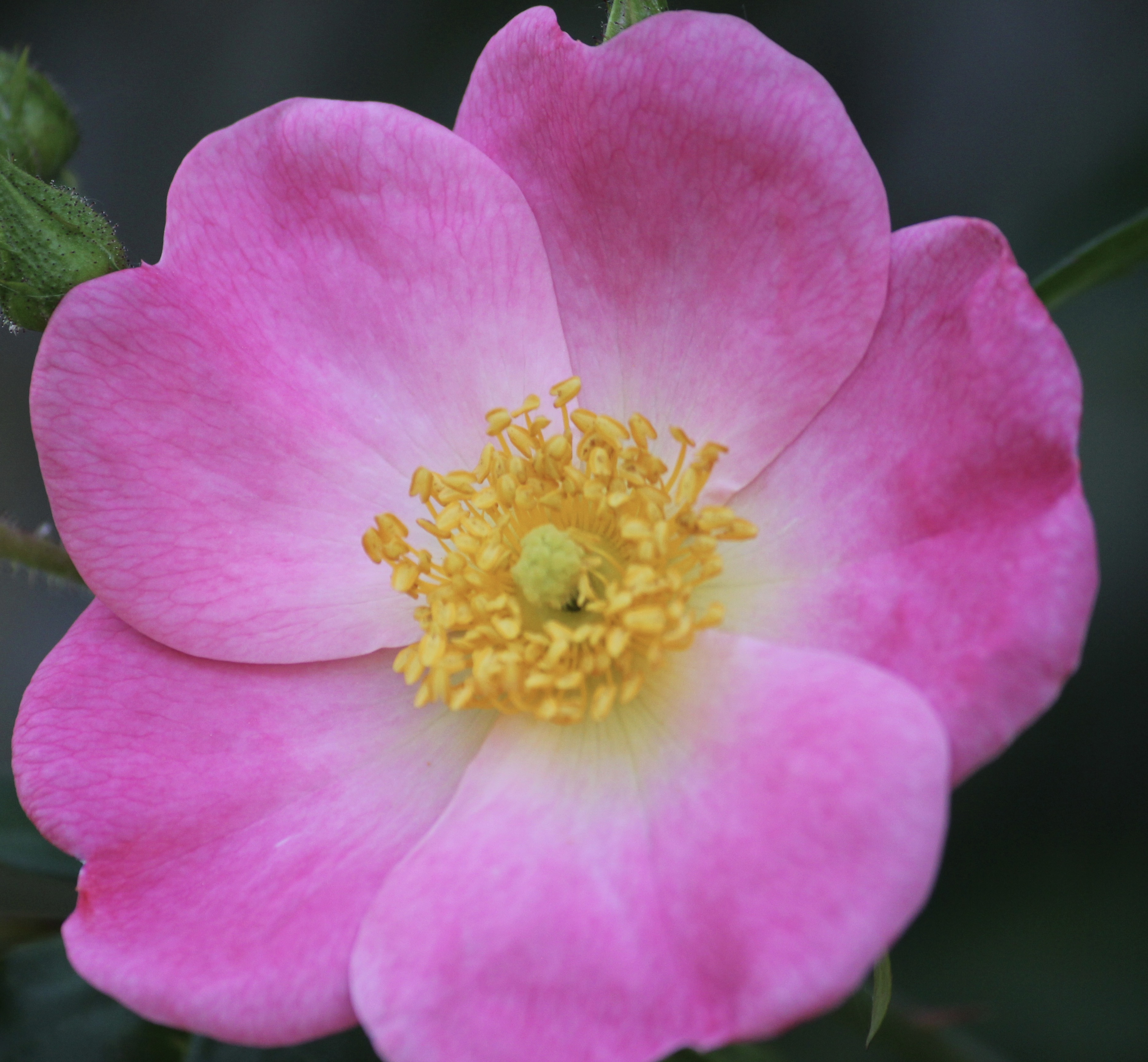 Hello Lizlee, beautiful seedlings.
Thanks for posting, nice to see more people working on roses on this side of the border.
I’m surprised to see you get so double a seedling out of Morden Sunrise. All the seedlings I’ve gotten
from MS have all been singles or semi-doubles. Maybe I’m crossing with the wrong parents.
Chuckp

This is D5, which is from the cross of Carefree Beauty x B1 (Luis Desarmo x John Cabot). I’ve kept it simply because of the gently pink sectoring. It is not in a great spot in the garden, having to complete with my William Baffin. 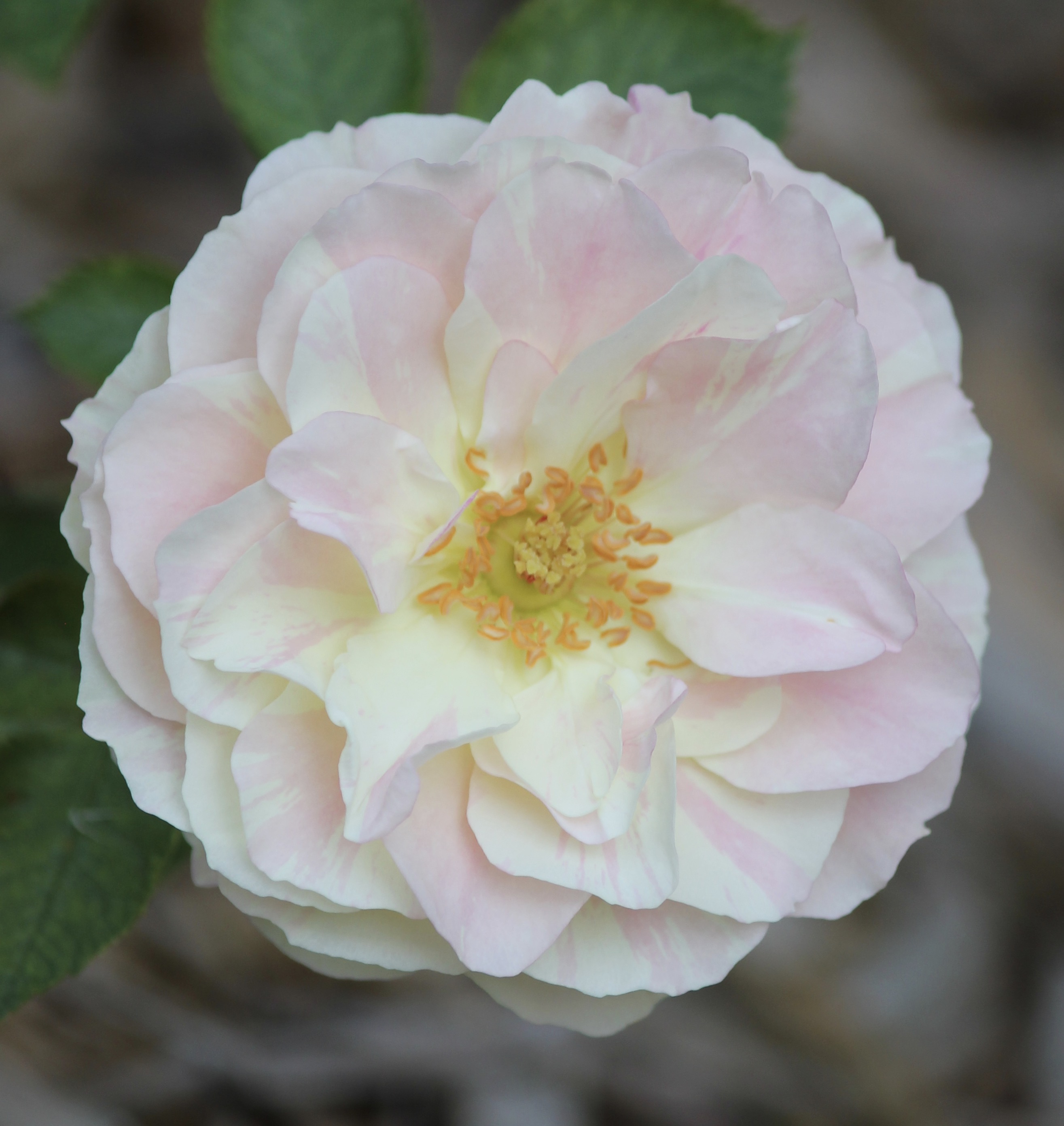 These are 2 siblings from a cross between Carefree Beauty x Midnight Blue. The first one, F18, is getting closer to Midnight Blue in coloration, but it is not quite dark/intense enough. The second one, F36, is very similar in coloration to Outta the Blue. 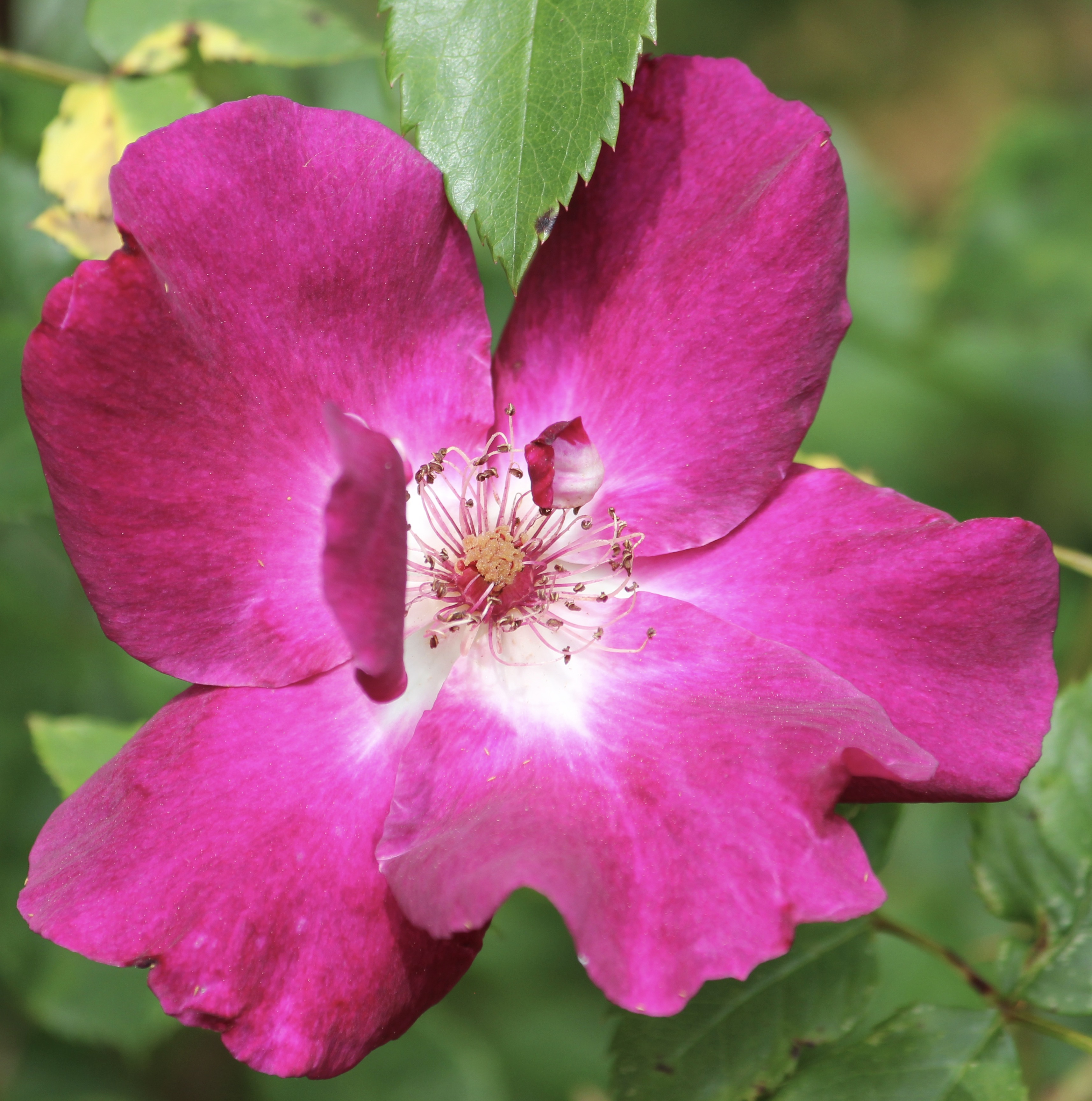 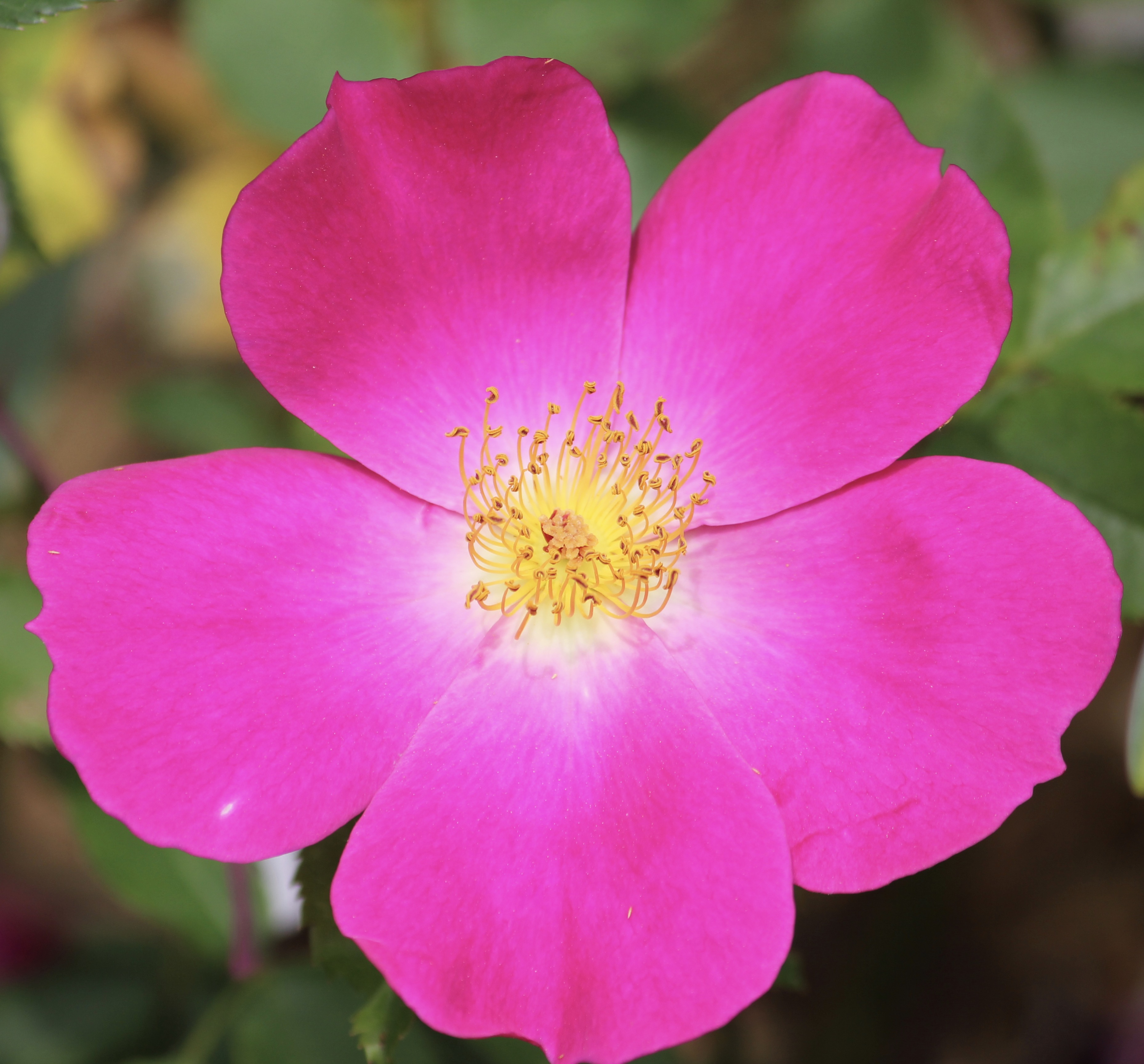 I use Prairie Celebration a fair amount as a seed parent. One of the oddest crosses in terms of seedling types that I have had with it involved Pretty Lady as the pollen parent. I had a fair number of miniature/dwarf plants that cropped up. This is E14, which is probably the best of the bunch, the other two do not have the winter hardiness of E14 and have a weird cupping to their blooms. 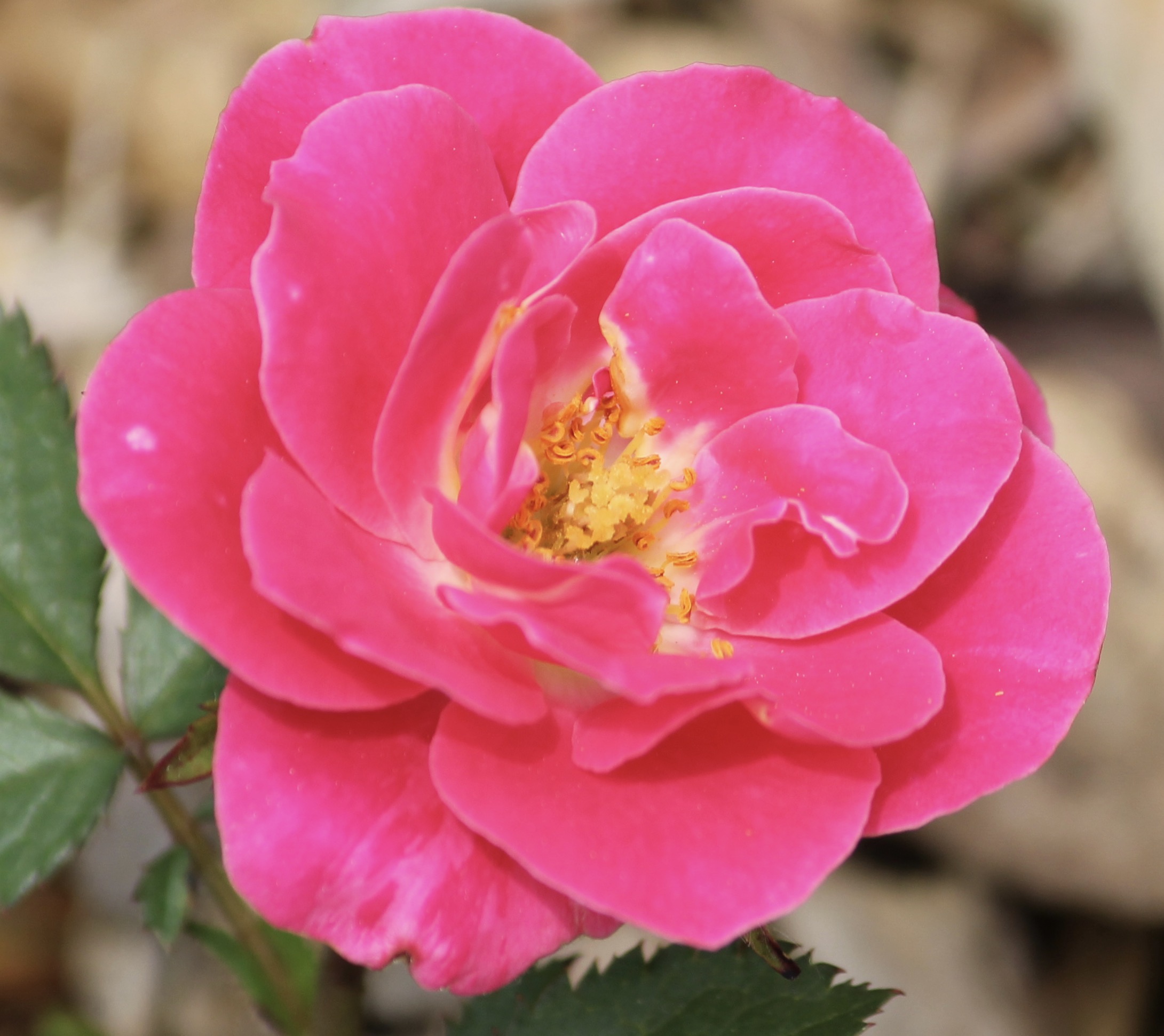 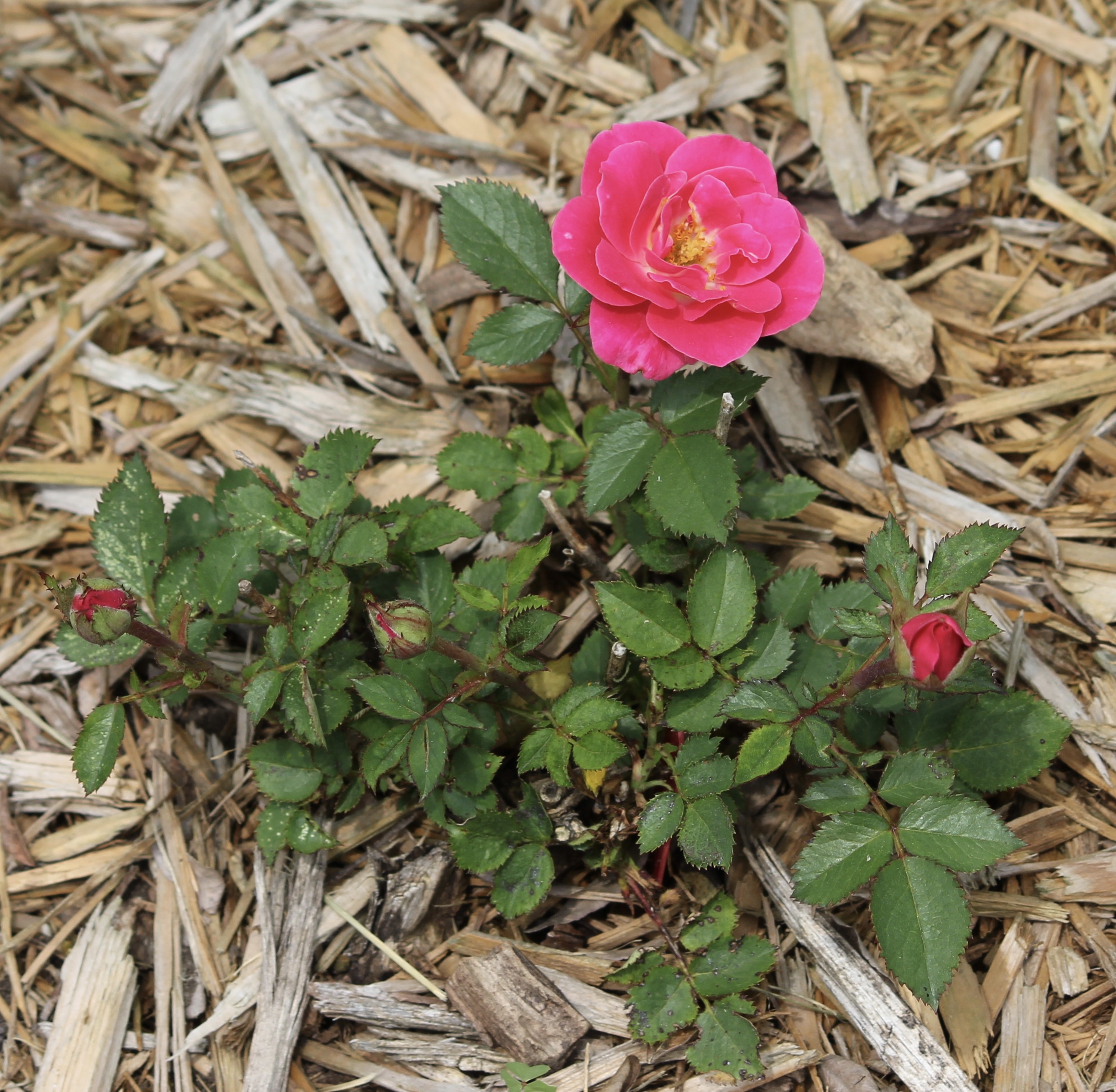 There are two Alberta x John Cabot seedlings that I have been using as seed parents. C9 is a very upright semi-double red one. C10 is a more low growing double-ish white flower with light pink reverses. Disease resistance is better with C9, both have pretty good winter hardiness. I have several other seedlings from this cross still hanging around in the garden, but they are not in bloom yet. 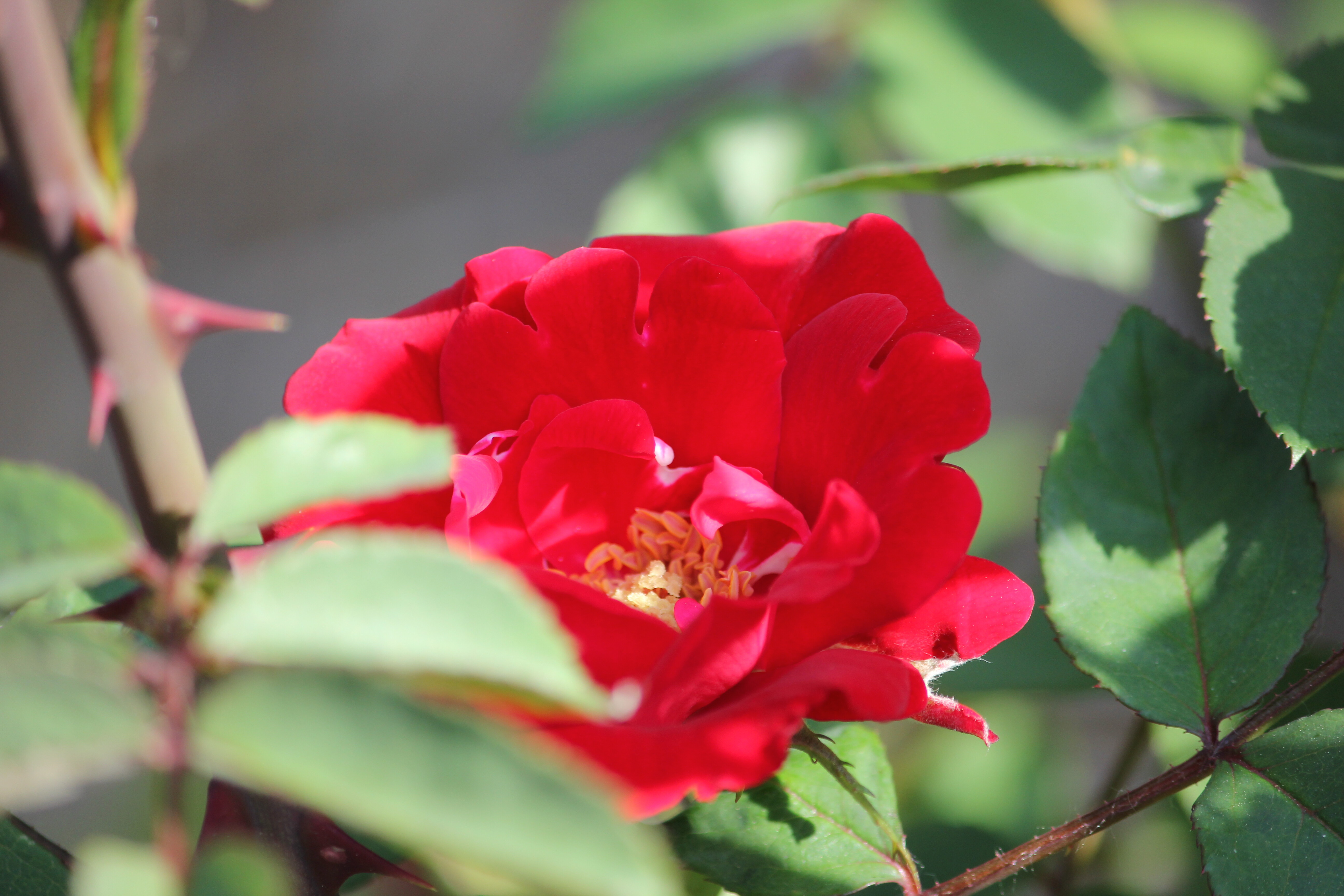 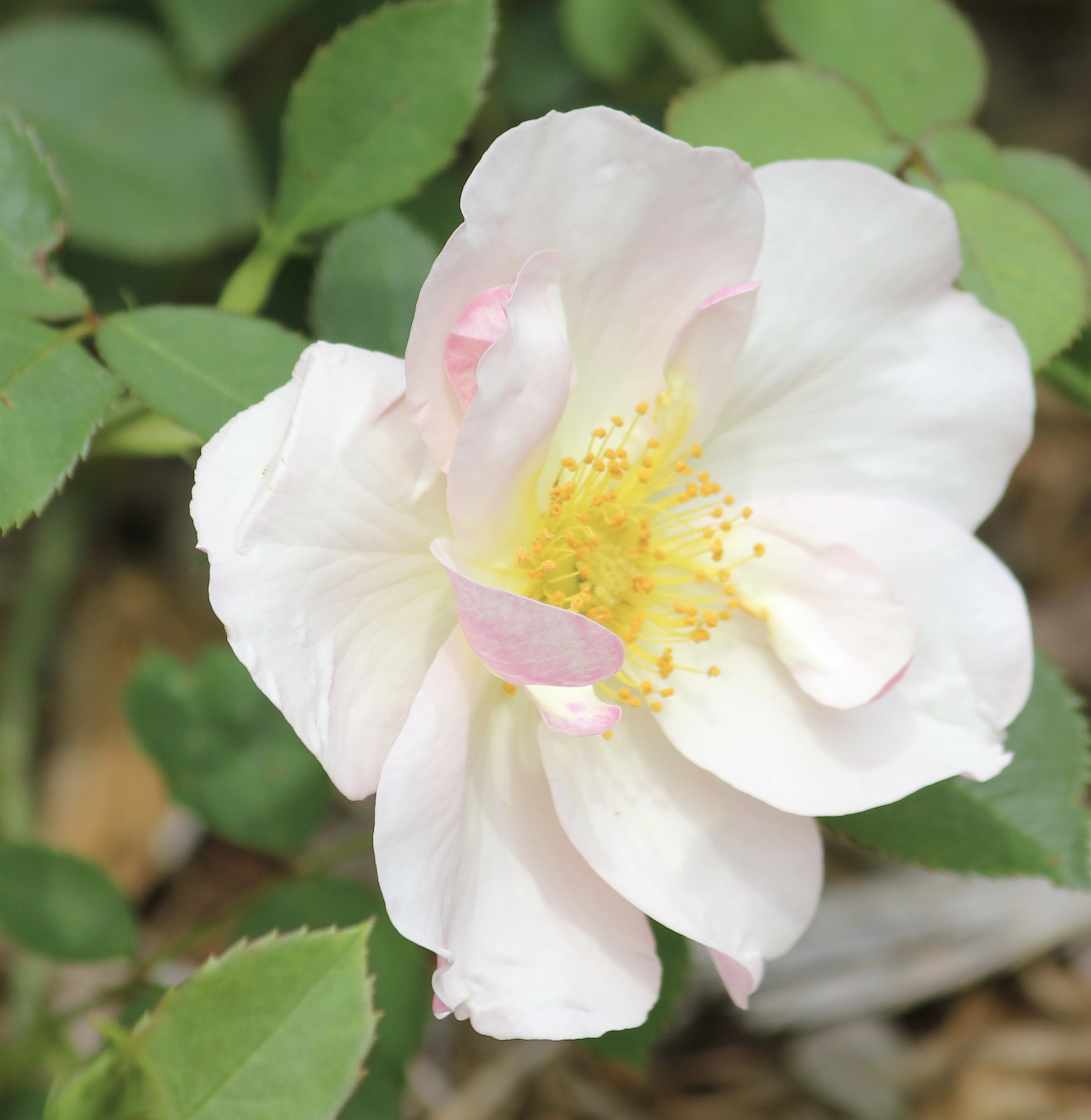 This is E2, which has got to be the strangest parent combination that I have tried to date… Paintbrush (the mini moss) x John Cabot. It is a mini, moss, explorer rose… It is still hanging around as an oddity, but is really not all that useful being that it is a lousy seed and pollen parent. 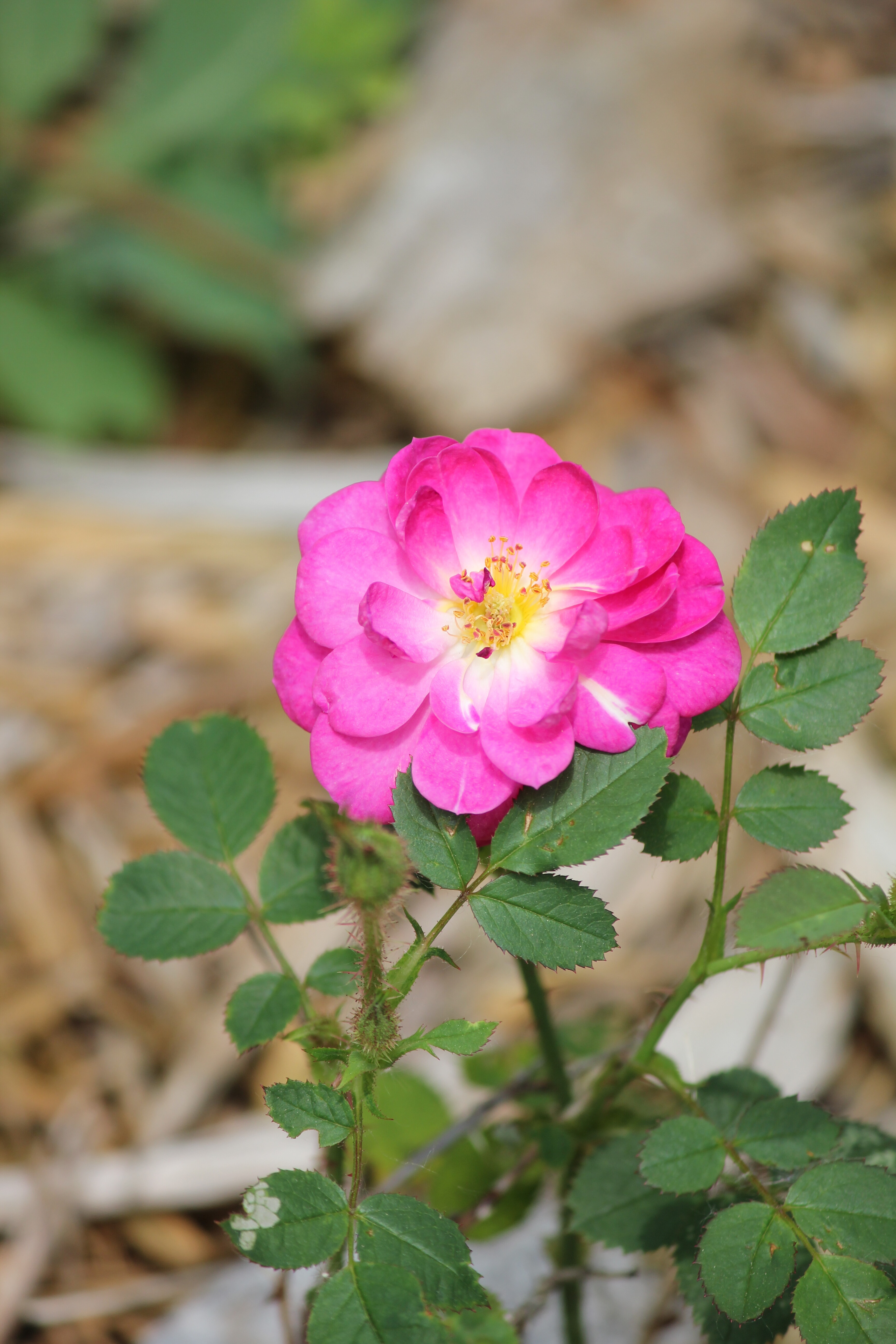 My final submission for the day… E11, Prairie Celebration x Paintbrush. SIngle white blooms with a light pink reverse. No sign of mossing and I cannot remember what its disease resistance is like. I’m going to try it as a seed parent this year. MIght actually use C24 or C26 pollen on it… 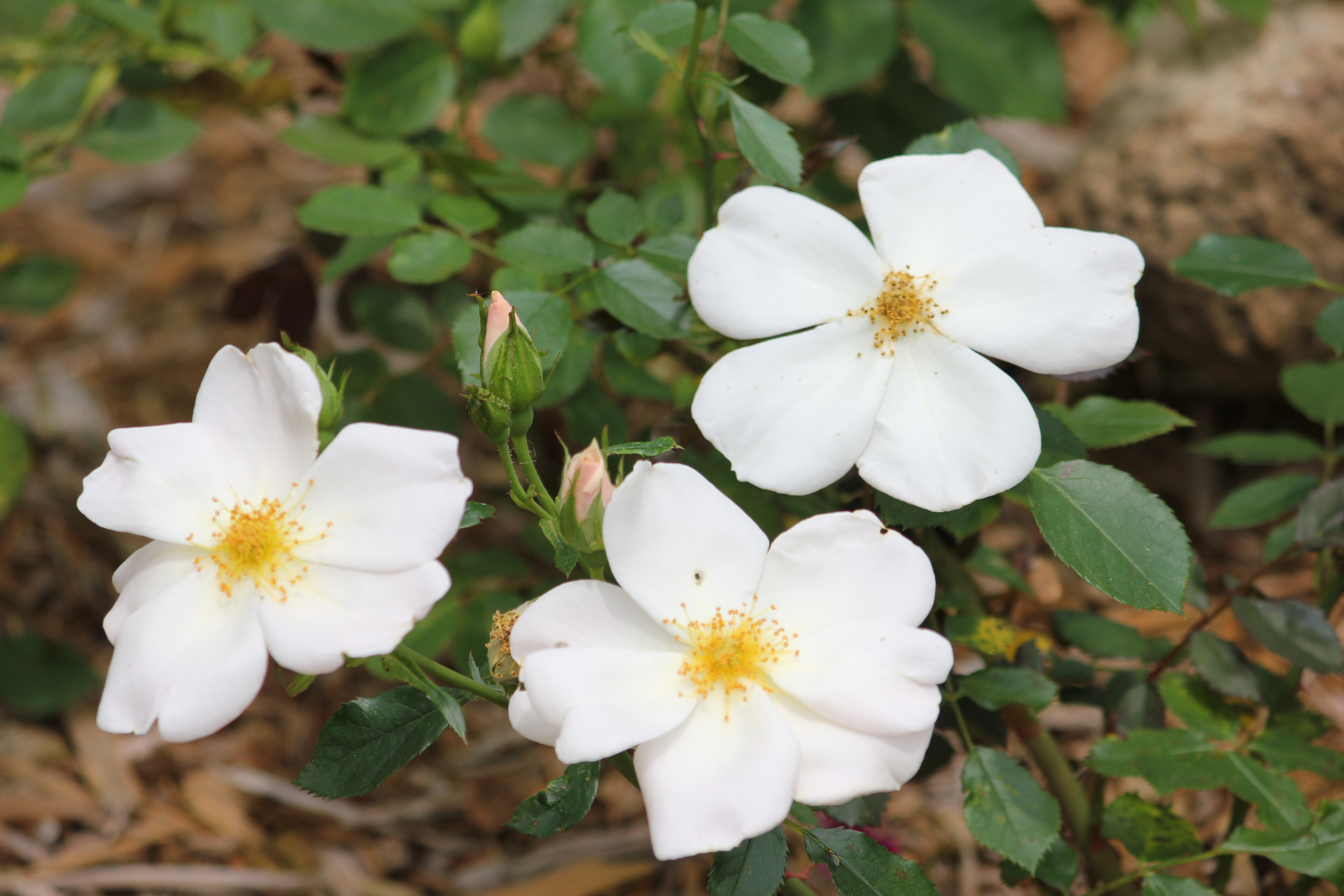 Liz, a really nice bunch of seedlings.
Being no expert, I am not the best judge but I know what I like and I really like your E6 - symmetry, colour and shape - and C29 is rather striking with those anthers!

Just a few more tonight. First up is a rose that I was treating as not interesting, but since I had just dug up the boulevard I was in need of plants. So I stuck it in along with a few other discards. The others were truly discards, but D9 is definitely a keeper and is the perfect rose for boulevard gardens. It is from a cross of Alberta x B1 (Luis Desarmo x John Cabot). It is a low grower, is loaded with blooms, the hips turn a nice orange red. It does not seem to mind having snow dumped on it, nor does it seem to mind being ignored (i.e., not getting any TLC, water, fertilizer). I’ve decided to use it in a few crosses this year to develop some more boulevard roses… 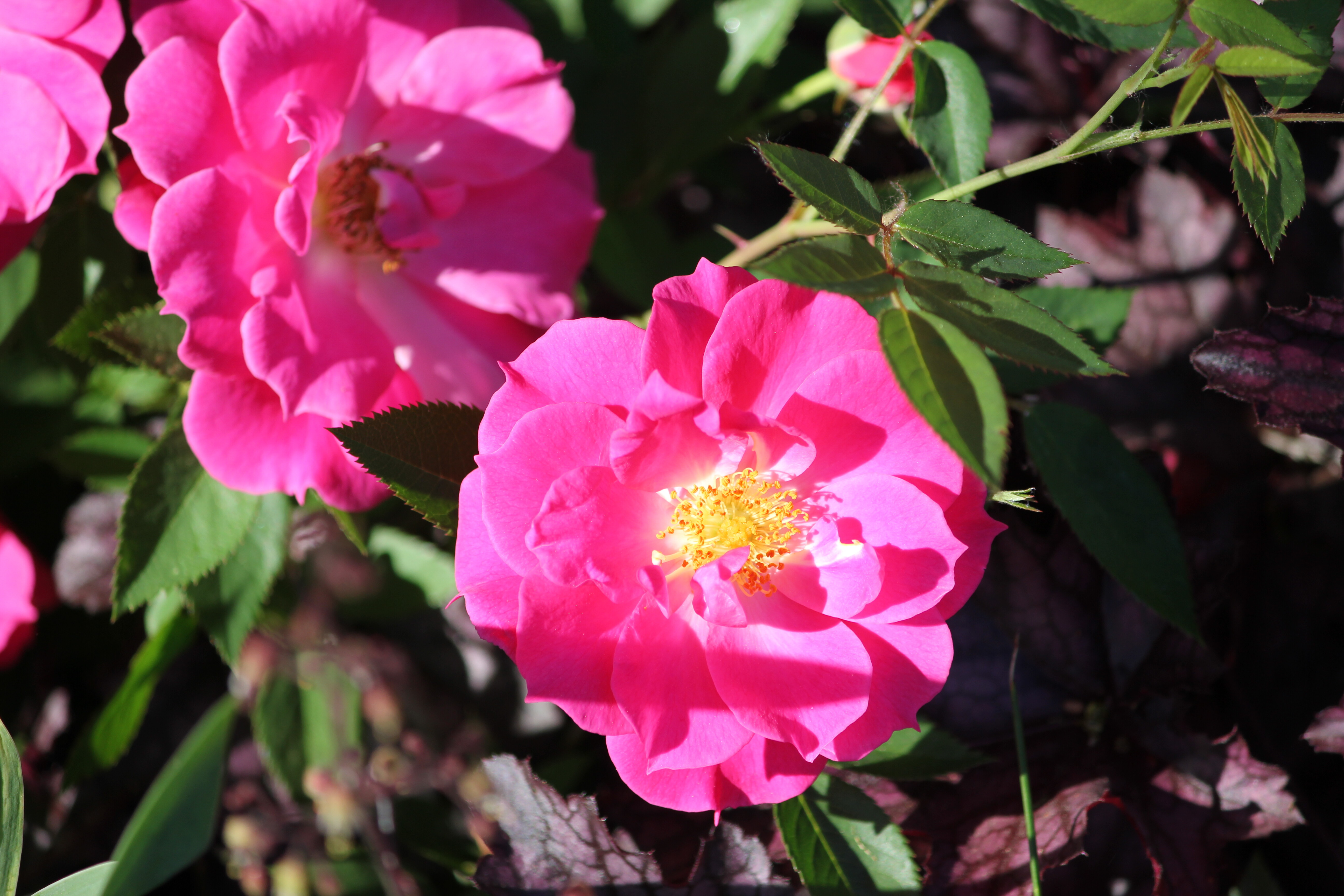 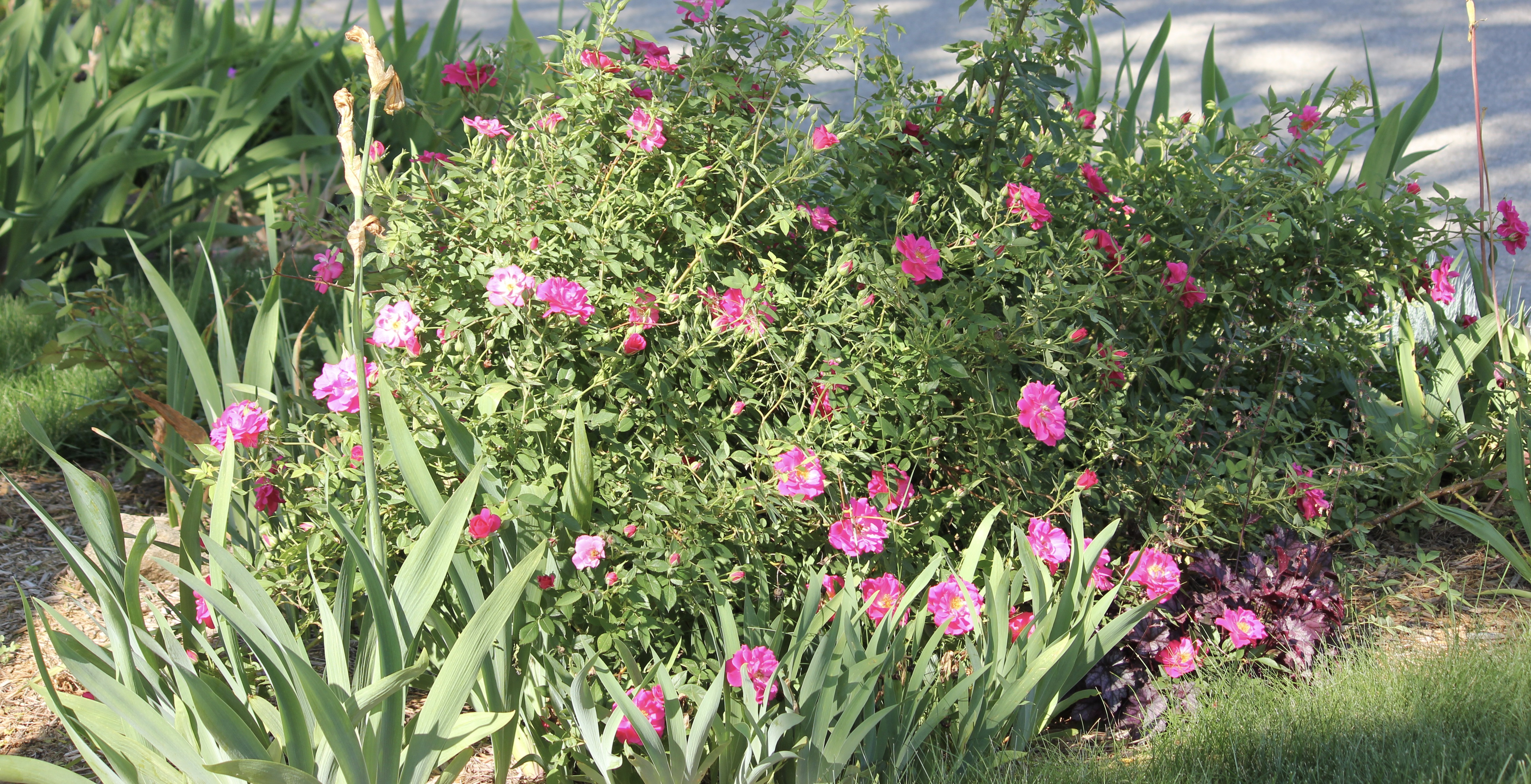 Next up Is C25 from another oddish cross that I made - Prairie Harvest x Red Fairy. I have not used Red Fairy in crosses since this, but I have The Fairy, and I am thinking of playing around with them in crosses again. 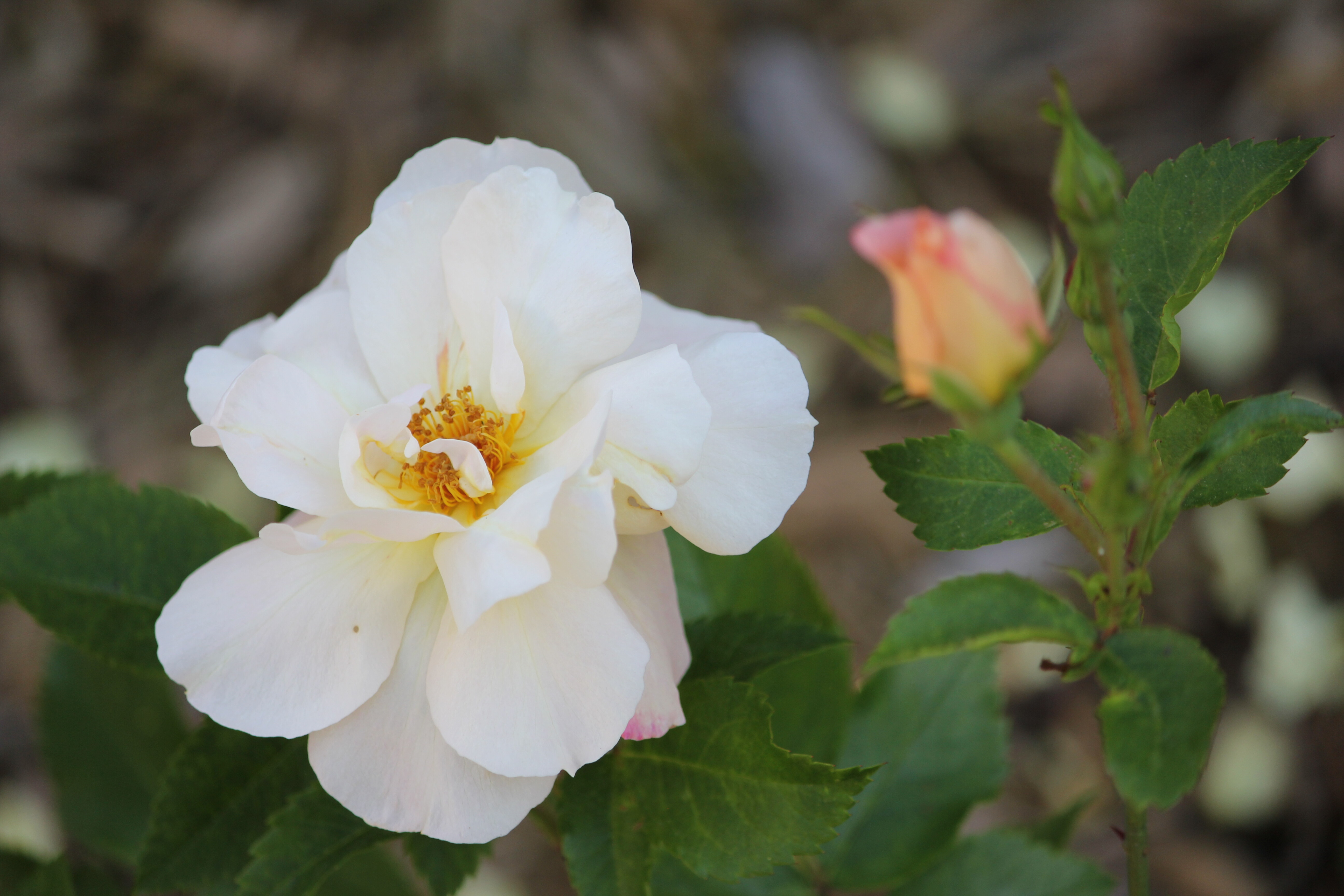