I was just wondering how many of us bud their seedlings?

I myself do not bud any seedlings. I want own root vigor but that may not be important to others.

I don’t bud seedlings for a number of reasons. I am concerned about potential viral infection. I’m not interested in raising new roses which require budding as I honestly feel as a production technique, eventually it will spell the end of the variety. If something I raise can’t make it own root, it doesn’t need to make it at all. I’m lazy and don’t wish to have to propagate root stock in quantity to be able to grow and share my seedlings.

I don’t! For the good of the rose family it seems like the wrong direction along with using no dirt potting mix. I know, I know already.

I used to bud all of my best seedlings directly onto outdoor planted proprietary rootstock. I haven’t done that for a number of years partly because it was too difficult to do after I lost my leg, but I wouldn’t be doing that now even if I could since the market is strongly for own root vigor now. However, I still do some budding into pots (still onto my own rootstock to avoid any virus concerns), for the same reasons that Kim mentioned that Mr. Moore did. It can really help to push a seedling along and multiplies the available wood for making cuttings much faster. I think that one of the most important evaluations that we can make of our best seedlings though is how well they root from cuttings.

I refuse to graft a rose. Its unneccessary. If I could buy all roses own-root, I would, but thats not realistic. Also, own-root plants seem to be superior for pot culture, which is a huge plus for a market. Grafting, unless done a certain way, often uses up the best space (the first 6 inches) of soil, and space is a premium in pot culture.

I wonder if budding your seedlings on rootstock of a native American wild rose that has been show to be resistent ro Rose Rosette Virus would work as a stop gap measure to slow down the spread of rose rosette virus until actual breeding with the wild American roses produces completely immune rose hybrids.

Its good to here that most of us are going own root. Just wondering where I feel in line with others.

So Henry do you know what species have shown to be resistant to rosette virus? For your question I would think that as long as the bud stock is free of disease I would think it would prevent the spread.

“Rosa setigera, R. virginiana, and R. palustris and the naturalized R. rugosa seem to be very resistant to possibly immune to the disease.”

How does Dortmund do? Its highly multiflora AND rugosa, and other stuff, as you know.

This 2012 article appears to give further support to the idea of fighting rose rosette virus by using resistant understocks:

If I have to bud a test seedling onto foreign roots to coerce it to perform, it has no value to me. In other words: no, I don’t.

I really think it’s a case-by-case decision. Ultimately I am aiming for own-root vigour and cuttings that are easy to strike. It would be unusual for me to consider something for registration that did not strike easily and grow well on its own roots. However, you don’t always get that in your first cross and I guess I rarely do a cross that I think has an achieveable goal in a single step. For example, if I use spinosissima hybrids in crosses there is a good chance they will be great on their own roots but they might be very difficult to strike. Some of my rugosa hybrids, like ‘Rugosity’, have been difficult to strike but it grows strongly on its own roots. Luckily it produces numerous runners each season so I have been able to dig them, pot them, and have just this week sent some plants off to a nursery that wants to trial it for introduction (who will, btw, produce it budded to curb its suckering habit). On more than one occassion I have read Paul saying that some of his bracteata hybrids have been difficult to strike and I have had trouble rooting bracteata itself. If I want to move forward with seedlings like this I might bud them just to make more plants so I can pollinate them (or vice versa) and work on this trait along the way.

If I saw a seedling that showed the features I wanted to incorporate from its parents, but it was not a real strong grower on its own roots or did not strike easily from cuttings, then I might bud it so that I can keep working with it until the traits that I want can be massaged into future seedlings.

Having said that I have only ever budded one of my seedlings (my first one) and I did that only to beef it up and make it stronger so I can keep it around for sentimental reasons.

I would also bud some roses (seedlings or commercial varieties) onto tall understocks as well to get them up off the ground away from the critters and put them at a more comfortable height for pollinating.

There was also some discussion a few years back that proposed grafting might improve the fertility (as a Mum) of some roses so I would also consider this option if I had a seedling that I really wanted to take further but which had resisted all my efforts by conventional means. Then I can at least try to move forward and improve the fertility along the way as well.

The last factor I would consider when making this decision is whether it might look ok as a weeping standard. I really want to graft my little seedling, ‘Rose Tutu’ onto a 1-1.5m standard to see what it would look like as a weeping standard. It doesn’t grow more than 20cm tall and spreads to about 1.5m (diametre), so I think it might look great in this form and I can’t make it do this on its own roots.

That is great that the North American species listed seem promising as resistance sources to rose rosette!!! I’m excited I have breeding lines from all three going. Hopefully I haven’t diluted out the resistance a couple generations down the line now. The Rosa palustris lines are very vigorous and many seem quite healthy with good black spot and leaf spot resistance. It would be great if someday we could have test beds planted of cultivars with rose rosette infected plants nearby to watch symptom development. It would be great to see if roses descended from some of these promising species inherited the necessary genes and hold up. ‘Chuckles’, a Rosa setigera descendant, would be fun to include in such a trial plus many many others. I wonder if the the Rosa x kordesii hybrids would hold up with the rugosa in them. Hmmm. Rose rosette seems to be more commonplace in gardens. I’m glad it isn’t too widespread yet in the Twin Cities. I remember going to a public park in St. Louis a few years back and noticing their landscape roses terribly affected.

David I was glad that it was these three species and not something like R. woodsii, which has been a pain in the ass to work with.

David maybe you can plant two roses in the same pot one infected and one not infected.

Adam, there is the possibility that physical contact is not sufficient. The mites “juices” may be a necessary cofactor in order to pass the infection. See the following as an example of a possible complication when insects are involved in the virus transmission:

"We are beginning to determine what proteins are present in the mite saliva, in order to determine how the mites are suppressing the immune reactions. In collaboration with Doug Cavener and Kaori Iida, we have isolated the genes for several genes involved in honeybee immunity.

Not all invaders are met with a well-defined immune response, as during disease transmission by insect vectors. Understanding the mechanisms that underlie co-evolution between the vector and disease organism is critical to understanding how the disease transmission cycle might be disrupted. Through interdisciplinary collaboration with Drs. F. Gildow (PSU) and S. Gray (Cornell), we are examining the mechanisms underlying virus/vector specificity in aphids at the accessory salivary gland, the primary site determining transmission of different species of luteoviruses. In my lab, we have identified several proteins that bind to luteovirus in a vector-specific manner and that are also recognized by antibodies that mimic the virus. We are isolating the genes encoding these proteins for studies of the evolution of these virus/vector interactions, among different aphid and viral species. This research may further understanding of mechanisms underlying the vector-specificity of mosquitoes for transmission of alphaviruses." 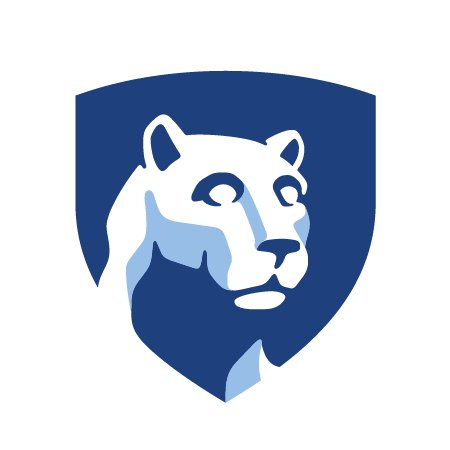 I bud all my promising seedlings to Rosa Multifora.

I get larger plants in half the time it takes to grow them on their own roots, and its just what I do…

Having pretty good germination thus far this winter, always get seeds popping up when a strong

It makes sense for you to bud them, Steve. Comparing Wisconsin’s climate to mine here in the “land of endless summer”, I have triple the season you do. Virtually, mine never stops. It’s much the same reason why own root production is fine here and budding is the necessary method across northern Europe. My climate produces tremendous development of most roses in one season, while yours can take two, three or more to catch up.