I received #771 seeds from Henry Kuska last fall and quite a few sprouted. They have been exceedingly healthy and vigorous in this climate (So. Cal) and I have already potted a few more than I intended. If anyone can use them I will gladly ship them USPS Priority (or Express if desired). They are still in 12 oz Styrofoam coffee cups and will need to be potted up or planted out soon. What I know about them is that Calocarpa and Acicularis should contribute cold hardiness, and that some crosses with Nutkana have been susceptible to rust. These have had stellar health so far, and have been uniformly mildew proof when surrounded with mildew in heavy mildew conditions, which has passed now. Some are quite bristly, but this may be primarily a juvenile feature. Several have already reached 3 ft tall, and are now either just thorny, (not excessively) or almost thornless. They all look quite similar in habit with narrow pointed leaves and good basal branching. The one thing that they have uniformly attracted is rose slugs, so some have some damage to the leaves. E-mail me if you are interested. 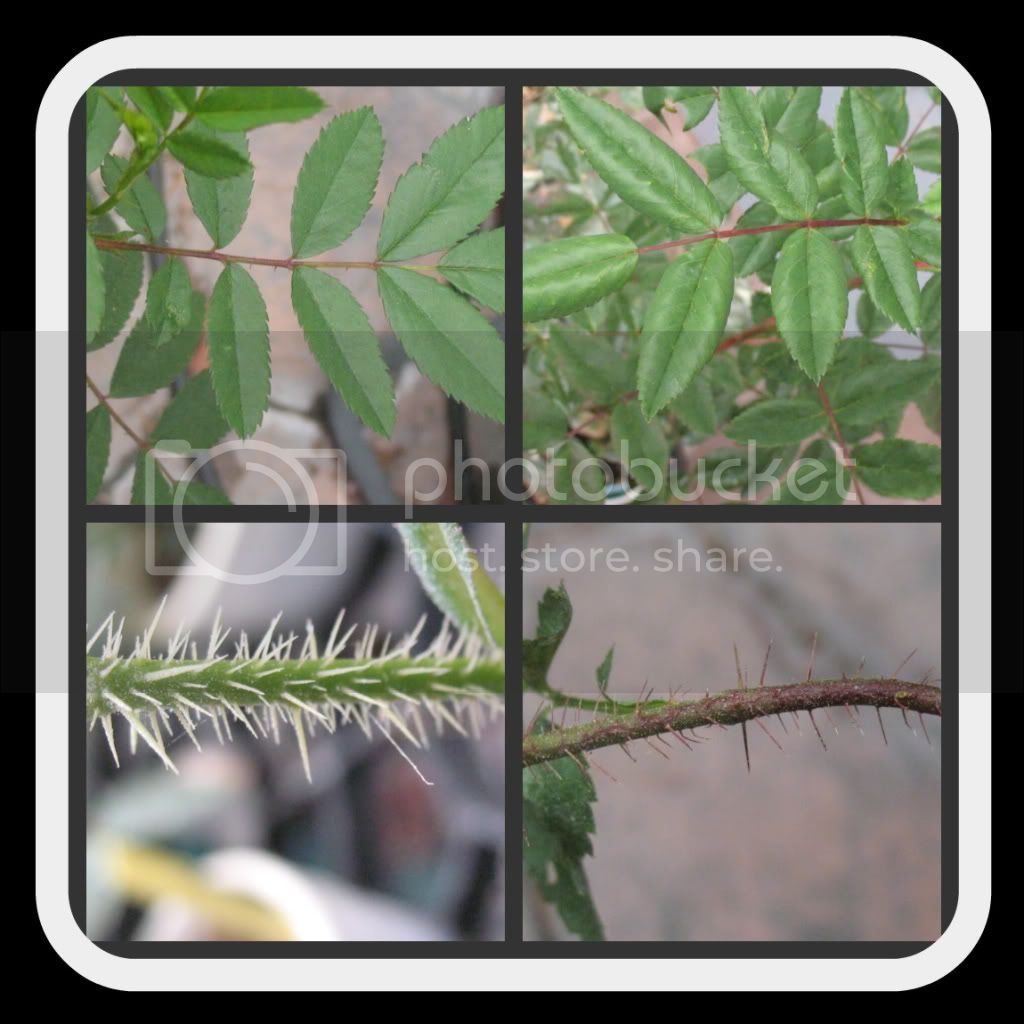 I received the same seeds and also had great germination. I’ve culled all but six to date. Three look very much like the picture on the above left. The other three are very interesting. They are much shorter and stockier and much different in appearance. Two of the three have red new growth, and the foliage looks very “modern”. The third is much like them without the red new growth. This third seedling, however, has bloomed in three flushes so far. The blooms are borne singly. They start light yellow or green and fade to white. Given the parentage, I didn’t expect early bloom or those colors. It’s possible that Dr. Kuska’s seedling was pollinated by the local bees, but these seedlings are so different that it makes me wonder if there was a mix-up of some sort. I received hips from Dr. Kuska, so either a stray hip got into the mix on his end or the mix-up occurred on my end after I removed the seeds from their hips. It’ll be interesting to see how all six of these seedlings develop.